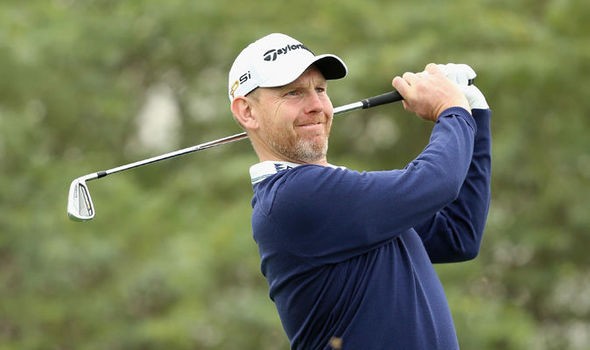 The 22-year-old Sharma was also five-under after 14 holes but then hit two straight bogeys to finish two shots behind the leaders on 69.

Gallacher, who hit an eagle on his last hole with a brilliant putt from off the green, said he had made a “perfect” start to the $1.75 million event on what he called a “strategic course”.

“I think you have to get it in play off the tee, there is just so much trouble,” he added.

“If you get the tee shot in place you can hit a couple of nice iron shots and take advantage of the par fours that are quite short.”

Suri was only cleared in February to start playing again after an abdomen operation last year. The Malaysia Championship last week was his comeback event.

“With the heat there and all the conditions, the body felt great and the swing felt good too, and it’s obviously still a work in progress but to shoot a score like this, on a course like this, is a good sign going forward.”

Sharma, who holds the course record of 64 on the DLF course near Delhi, blamed “silly mistakes” for his dropped shots but hopes to catch the early leaders.

“The greens are a lot softer compared to last year. Three-under-par is a good score to start out the tournament especially on this golf course,” he said.

“I am pretty happy with how I did,” added the Indian star who won the Asian Tour in only his second year as a professional.