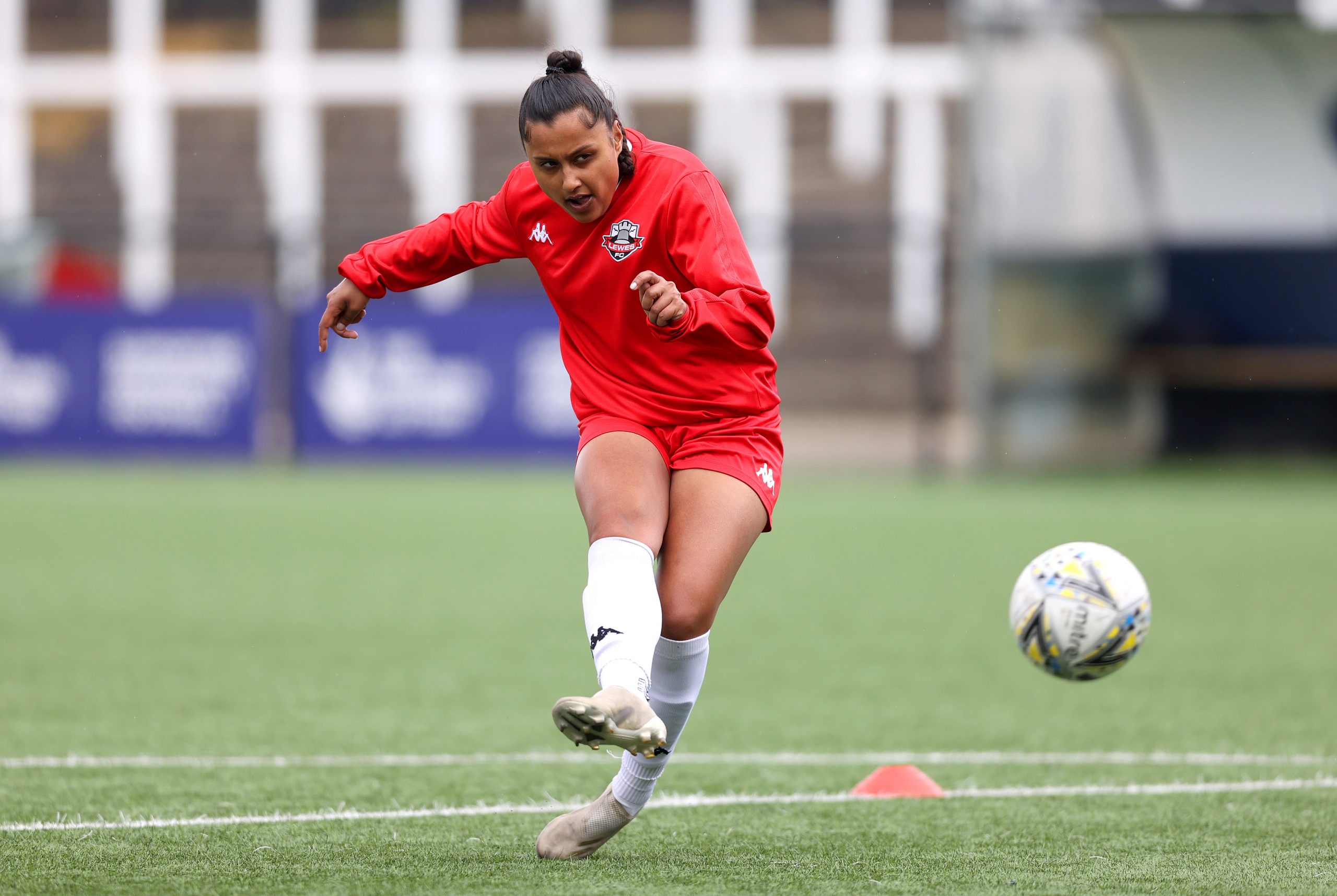 England under-19 star Simran Jhamat has been backed to “inspire and the lead the way” for the next generation of female British South Asian footballers.

Jhamat, who has played for teams like Liverpool, Coventry and Leicester, became the first Punjabi girl to score at competitive level for England’s U17s when she netted in a 6-0 Euro qualifying win against Slovakia.

The 20-year-old now plays for Lewes FC in the FA Women’s Championship. Her former Liverpool manager Vicky Jepson is excited by the prospect of where Jhamat’s flourishing career will take her.

“She’s a fantastic role model and she’s still only young so nobody knows where she is going to reach in the future,” Jepson told Sky Sports News.

“For other females to look up to Sim, who is inspiring and leading the way [is so important]. She’s showing it doesn’t matter where you come from and what your background is, if you really want to achieve your goals and you work hard just like Sim has – and she’s still on her journey to reach the top – then the world is your oyster.”

According to government data released last year, British Asian women are the least active social group in the UK.

Just 61.5 per cent of females aged 16 years and over are classed as ‘physically active’ in the UK. For Asian women, it is only 49.1 per cent.

Jepson hopes role models such as Jhamat can help improve these statistics.

The 20-year-old from Walsall was spotted playing for local club Sporting Khalsa at junior level before being signing for Aston Villa’s Girls’ Centre of Excellence where she spent seven seasons before joining Liverpool in 2017.

“Simran was a pleasure to work with,” Jepson added.

“I worked with her in the U21s at Liverpool and also with the England U21s, so I got to see her club and an international environment as a youth player.

“When I stepped up as the first-team manager (at Liverpool in 2018) I got to see first-hand. I brought her in to train to see how she would cope in a senior environment.

“She was great to work with as a young player who had a growth mindset and wanted to be better, and I thoroughly enjoyed working with her for the time I did.

“What I saw from her in the international setup, playing against top teams like France, Spain, USA, convinced me she could compete. She was definitely worth giving a chance to have a debut for Liverpool.”

According to a report commissioned by the Football Supporters’ Association (FSA) and Beyond Entertainment (BE) last year, British Asians make up seven per cent of the whole population but only 0.25 per cent of professional footballers.

Kevin Coleman, the FA equality and diversity manager, is one of the people working on increasing the number of British Asian men and women in the professional game.

“Asian inclusion is a crucial part of the FA’s wider diversity and inclusion strategy as we recognise the importance of making football at all levels as truly representative and diverse as our society is,” he said.