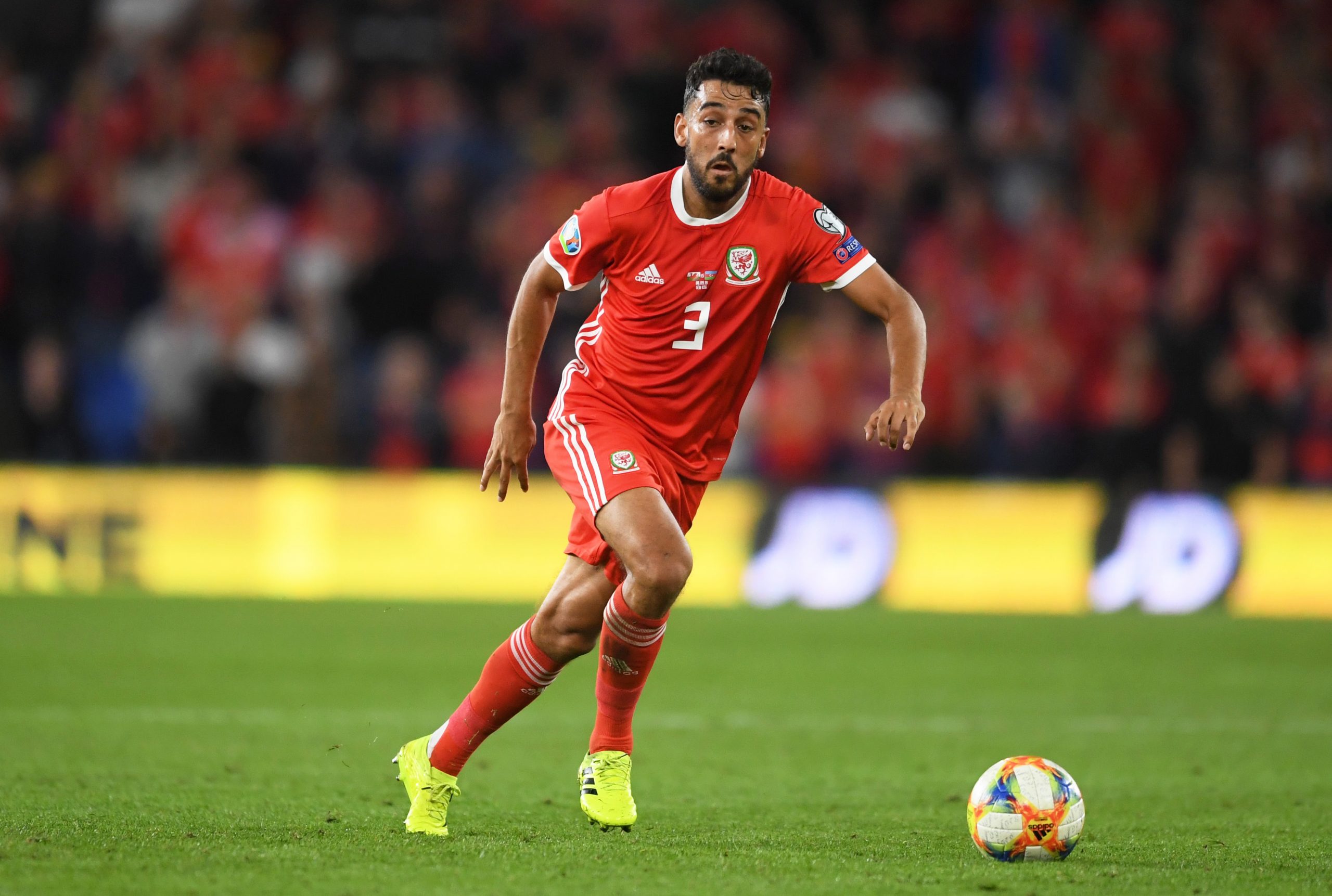 CARDIFF, WALES – SEPTEMBER 06: Neil Taylor of Wales during the UEFA Euro 2020 qualifier between Wales and Azerbaijan at Cardiff City Stadium on September 06, 2019 in Cardiff, Wales. (Photo by Harry Trump/Getty Images)

Wales and Aston Villa star Neil Taylor has urged the British Asian community to not let the current wave of racism in football to stop them sending their children to play the game.

High-profile incidents of racism have recently taken place on the pitch and also on social media. Taylor, a veteran of over 300 professional games, however insisted that football at all levels is on the whole racism free and the ongoing campaign of ‘taking-a-knee’ before matches shows the effort being made to kick prejudice out of the game.

Taylor said it was vital that all incidents of racism need to be highlighted and investigated, but felt it was important to also send a positive message that football is an inclusive sport and these incidents are in the minority.

“As a parent it can be a new avenue for you. It’s an elitist environment that you’ve thrown your child into. And of course, we all worry about our children in terms of how it’s going for them and a lot of them (parents) have talked about being worried about ‘my son or daughter getting racially abused’, Taylor told Eastern Eye.

“But that isn’t the case in the main. The ones that get pointed out, the small few that behave the wrong way tend to have the loudest voice. Of course we need to call it out, and we are now in a society that it does get called out no matter what and that’s a good thing.

“I have been involved in many anti-racism campaigns. Moving forward now I think the narrative needs to change from constant messages of saying ‘racism needs to stop’ because they are constant messages to people that makes them think ‘I don’t want to get my child involved in that if that’s what’s happening’. And of course that isn’t the case. I want people to go out and get involved in sport, especially at a young age.”

Although British Asians make up almost 7.5 per cent of the British population, in the 2019/2020 season just eight players made first-team appearances across the 92 professionals clubs. There are currently 15 players on a professional contract and nine scholars within the system – which means only 0.3 per cent of 3,700 professional footballers are from a South Asian background.

Kick It Out chair Sanjay Bhandari described this as “the single largest statistical anomaly in English football.”

He added: “That massive level of under-representation indicates that bias is woven into the football culture – it is a systemic problem. Everyone in the game needs to do more.

“The FA and the Premier League can take a lead but the biggest impact would come from club scouts and academies where decisions are made and stories of lazy stereotypes abound.”

Taylor is only one of five British Asians to have played at the highest level of English football, the others being Jimmy Carter, Michael Chopra, Hamza Choudhury, and Zesh Rehman.

The 32-year-old was last month announced as one of the mentors for the Professional Footballers’’ Association (PFA) Asian Inclusion Mentoring Scheme (AIMS), an initiative focused on increasing the number of Asian players within professional football.

As part of the scheme, PFA Player Inclusion Executive, Riz Rehman facilitates formal meetings and workshops, giving scholars, academy players, and their parents/guardians a unique opportunity to connect with senior Asian players. This allows them to learn about professional player experiences and ask for advice and guidance as they progress through their careers. The younger players can also engage with the mentors directly for one-on-one informal support.

Taylor is hopeful that this scheme will not just help more players get to the professional level, but also increase participation of South Asian kids at grassroot levels.

“I’ve been questioned quite a lot down the years ‘why isn’t there more British Asians in the Premier League?’. But it’s such an elite part of the game (only 180 of the 1.5 million players who are playing organised youth football in England at any one time will make it as a Premier League pro).

“The PFA mentoring campaign I am involved with is about changing the narrative. it’s important we instil the right mentality to the players from a young age. I’ve been talking to the scholars, academy players and their parents on this programme about the player pathways and some of the potential pitfalls they may face along the way. If we are to make a mark, and send the right messages to those who want to take up football as a career, this is a step in the right direction and it hasn’t been done before”.