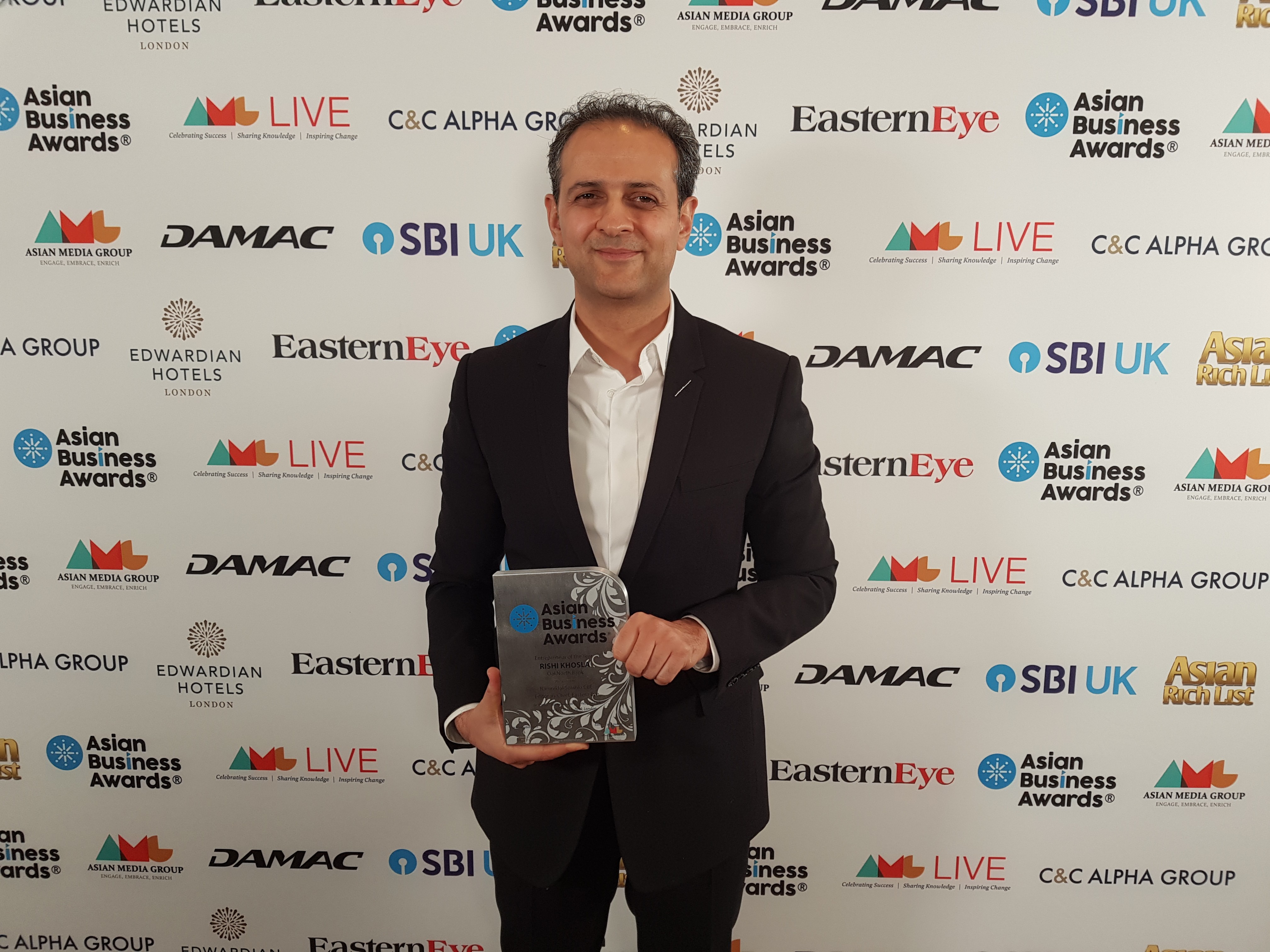 An Indian-origin entrepreneur’s London-headquartered start-up is leading the UK capital’s financial technology boom as it overtakes New York in the sector, according to a report released on Monday (23).

Among fintech investment deals on a global level, London has taken top spot in 2019, with a total of 114 deals, overtaking New York in second place (101). San Francisco is in third place (80), with Beijing (24) and Singapore (23) competing for fourth and fifth.

In the first eight months of 2019 alone, over $2 billion has been invested in London-based businesses across 114 deals, surpassing totals seen in any previous year, notes ‘A Fine Year for Fintech: Global Trends from a UK Perspective’ by London & Partners – the Mayor of London’s promotional agency.

The data shows that entrepreneur Rishi Khosla’s start-up OakNorth, a scale-up business lender which uses an artificial intelligence model to provide loans for small and medium sized companies to be able to grow their businesses, brought in $440 million into London, making it the third-largest fintech investment deal in Europe after Berlin and Stockholm.

“London is the capital of capital. And as these numbers show, London is innovating to stay ahead, with more FinTech deals than anywhere else in the world,” said Laura Citron, CEO of London & Partners.

“London is the natural home of FinTech because it combines the power of global financial markets with a deep technology talent pool, supportive regulation and an early-adopting customer base. FinTech entrepreneurs in London can meet the regulator in the morning, have lunch with a global bank, hire a top engineer in the afternoon, and enjoy world-class culture in the evening. That convergence is pretty unique,” she said.

An analysis into the top 10 cities for the number of fintech deals in 2019 shows that London has the most number of international investors, with 54 per cent of total venture capitalist (VC) investment involving an investor from outside the UK.

London also attracts a wider international variety of investors than other European hubs, with 39 per cent of investors coming from outside Europe, compared to 32 per cent in Berlin and Paris with 24 per cent.

Charlotte Crosswell, CEO of Innovate Finance – an independent membership association that represents the UK’s global fintech community, said: “The UK is the clear global leader in the FinTech sector, spearheaded by London’s success and long-standing position as a major leading financial centre.

“It’s no surprise London and the whole of the UK fintech sector is experiencing record growth – we are home to world-class talent and our historical pedigree enables access to key global markets. With record investment under our belt, this is the time to boost the sector further and secure future growth.”

The release of the latest research by London & Partners and Innovate Finance based on data from financial data and software company Pitchbook, coincides with the opening of Sibos 2019 on Monday, one of the world’s leading financial services events. Sibos 2019 marks the first-time the event has been held in London, and is set to be the biggest conference to date, with over 10,000 delegates.

The conference explores the concept of thriving in a hyper-connected world with the challenges, and opportunities brought by mass digitisation and data-driven relationships and will involve a host of representatives from India also taking part, including from State Bank of India, IndusInd Bank and Kotak Mahindra.