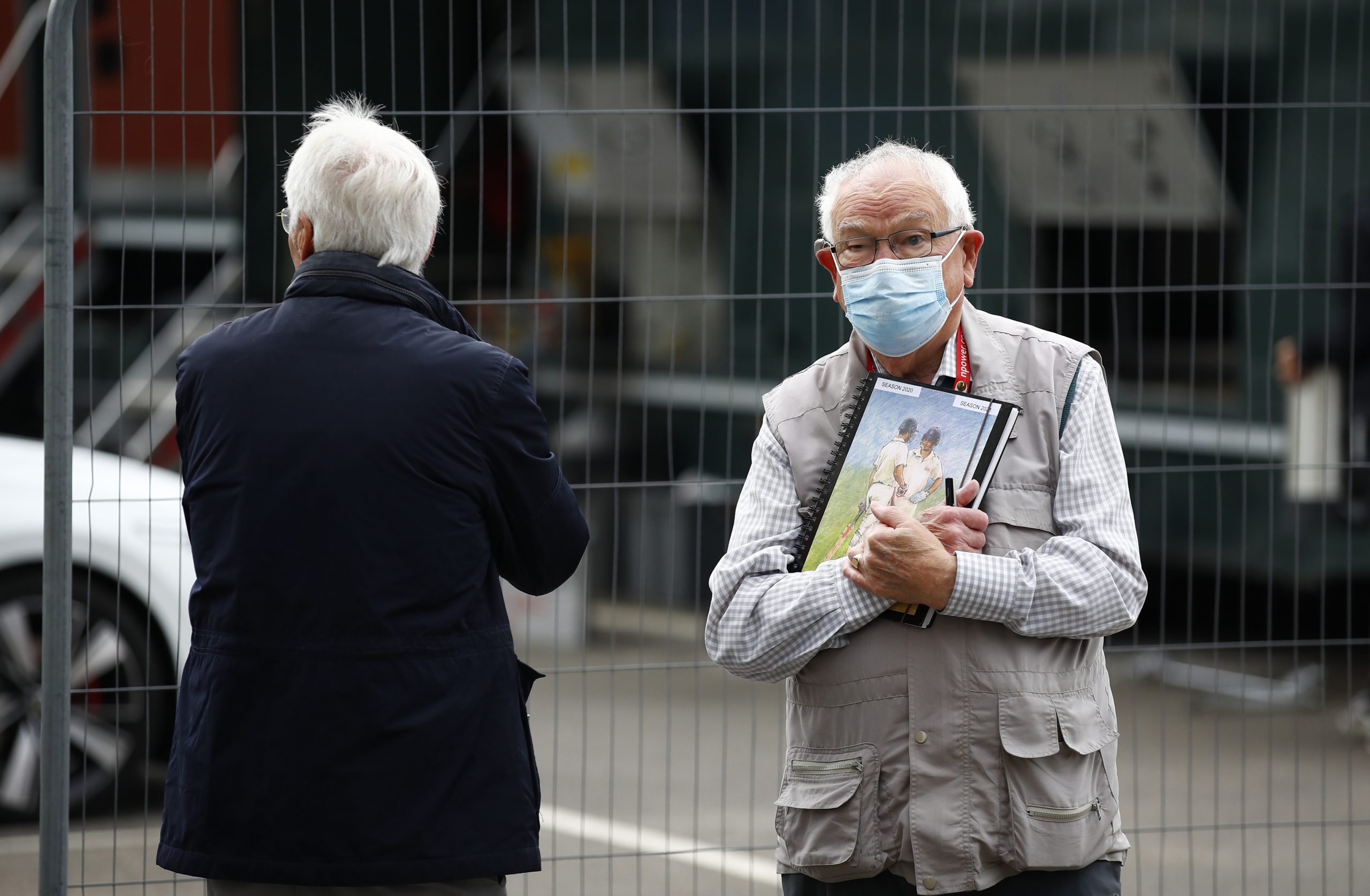 Spectators at the venue after the fifth Test in Manchester was cancelled due to Covid concerns. (Reuters/Jason Cairnduff)

WHAT HAPPENS NOW? That was the question cricket fans around the world were asking after the dramatic last-minute cancellation of the deciding fifth Test between England and India in Manchester.

Following all-night talks, it was not until shortly before 9:00 am local time (0800 GMT) Friday (10), just over two hours before the scheduled start and minutes before the gates at Old Trafford were due to open to a sell-out crowd of 22,000, that the match was called off due to Covid-19 fears within the India camp – a decision that leave English cricket facing a financial ‘black hole’ estimated at £40 million ($55 million).

Reports of a physiotherapist in close contact with the players had tested positive for Covid appeared to be the final straw in persuading an India side already missing head coach Ravi Shastri, bowling coach Bharat Arun and fielding coach Ramakrishnan Sridhar due to positive Covid tests, with senior physiotherapist Nitin Patel self-isolating, not to take the field.

England had been in a similar situation in December when their one-day series in South Africa was postponed amid fears Covid had infiltrated the team, even if two positive tests were later found to be negative.

“I honestly feel Indian cricket has let the English game down.”

Unlike last year, where teams were kept in bio-secure bubbles, the 2021 international season in England has seen restrictions loosened as officials felt it was unsustainable to expect sides to keep playing under such strict regulations.

But whether Shastri’s presence at a well-attended London launch of his new book two days before the fourth Test at the Oval, which India won by 157 runs, was acceptable under current guidelines remains a debatable point.

So too does England and Wales Cricket Board (ECB) chief executive Tom Harrison’s contention that fear of Covid, rather than Covid itself, was the reason behind the cancellation – a difference which could impact on the hosts ability to make an insurance claim.

Covid is an acceptable reason for cancelling a match under the regulations for the World Test Championship if it has a significant impact on a side fielding a team.

The International Cricket Council are now set to decide the result of the match and series – which India led 2-1 to leave them on the brink of a notable double after their series win in Australia earlier this year – although a quick verdict is unlikely.

“I think we have to just take a breath and do some work with the ICC, to formally ask them to adjudicate on the result of this,” added Harrison.

Meanwhile, the Board of Control for Cricket in India (BCCI) said it had offered to reschedule the game after a cancellation “jointly decided” by both boards.

However, with the lucrative Indian Premier League, itself disrupted by Covid, resuming in the United Arab Emirates on September 19, the Test will not happen anytime soon.

But with India meant to tour England next year for a white-ball series, it could yet be slotted in at Old Trafford.

Harrison insisted the IPL was not to blame for the cancellation, saying: “This Indian cricket team are as passionate about Test cricket as fans in our country are.”

‘Could have cancelled yesterday’

And what of those fans?

George Twigg, a geography student, was among a group of four friends who had made a journey of 81 miles (150 kilometres) from Derby to Manchester for their annual pilgrimage to a Test.

“But instead they’ve had to wait until this morning and we’ve had to be disappointed as we got here.”

Meanwhile an enthralling series featuring three hundreds from England captain Joe Root, several fine innings from India’s Rohit Sharma and bewitching bowling from the tourists spearhead, Jasprit Bumrah, had been denied a fitting finale and now seems set to be marked with an asterisk in Wisden, cricket’s annual of record.