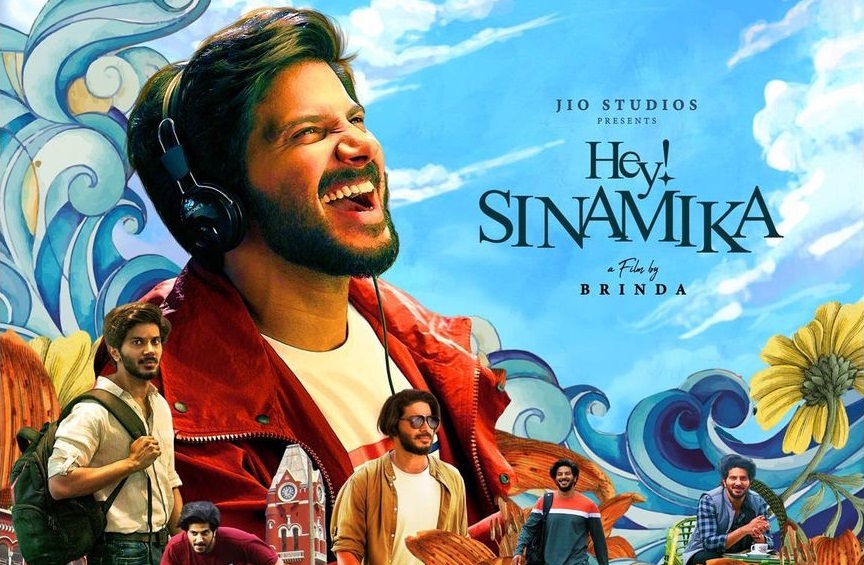 “Wait is over. Presenting the super colourful FIRST LOOK. The dashing Dulquer Salmaan as Yaazhan in Hey Sinamika. Film to hit big screens on Feb 25, 2022,” the post on Jio Studio’s Instagram page read.

Salmaan can be seen in multiple avatars in the first look poster which has refreshing artwork in the background. The poster features the Kurup (2021) actor in a red jacket enjoying music through headphones. He is also seen in vivid attire in the poster.

The upcoming film follows a couple, played by Salmaan and Hydari, and how after five years into their marriage, the fiercely independent woman has had enough of her doting and fussy stay-at-home husband. Her strange and outrageous plans to separate lead to hilarious consequences.

Hey Sinamika is produced by Jio Studios, Global One Studios, and Viacom18 Studios. It releases on February 25, 2022.