Dravid, Ganguly’s centuries in Taunton had an incredible impact on Buttler 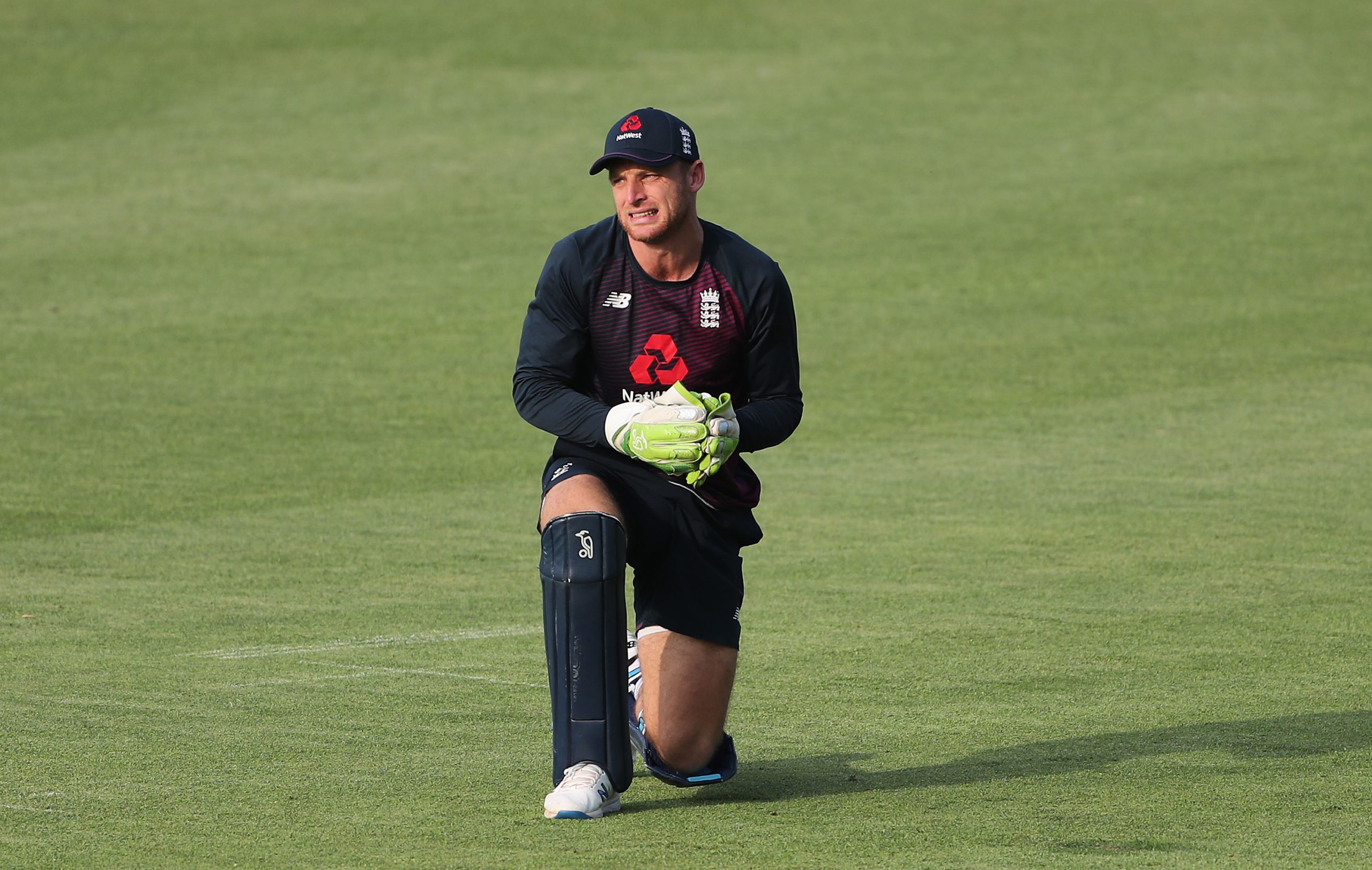 File photo of Jos Buttler during a training session in Pune. (Photo by Surjeet Yadav/Getty Images)

ENGLAND batsman Jos Buttler said Rahul Dravid and Sourav Ganguly’s big hundreds in the 1999 World Cup match against Sri Lanka had an “incredible impact” on him.

The duo of Ganguly and Dravid had stitched together a mammoth partnership of 318 runs for the second wicket to set up an easy victory for India.

That was long before the T20 revolution took the game by storm but, on that day in Taunton, sixes and fours rained from the blades of the two Indian batsmen, something the destructive Buttler often does these days.

“Those were my formative years and watching that game with Ganguly and Dravid scoring big hundreds had an incredible impact,” Buttler told Cricbuzz.

He was surprised by the massive Indian presence in the crowd for a match in England.

“India versus Sri Lanka in 1999 World Cup was my first experience of seeing Indian crowds and that ignites the fire of how passionate people are about the game and how cool it would be to play in a World Cup,” added Buttler.

Buttler looked in good form for Rajasthan Royals in the now-suspended IPL 14, including scoring a scintillating 64-ball 124 against Sunrisers Hyderabad.

Considered one of England’s finest limited-overs batsman, Buttler was instrumental in guiding them to the 2019 World Cup victory at home, and is expected to play a crucial role in the upcoming T20 World Cup.