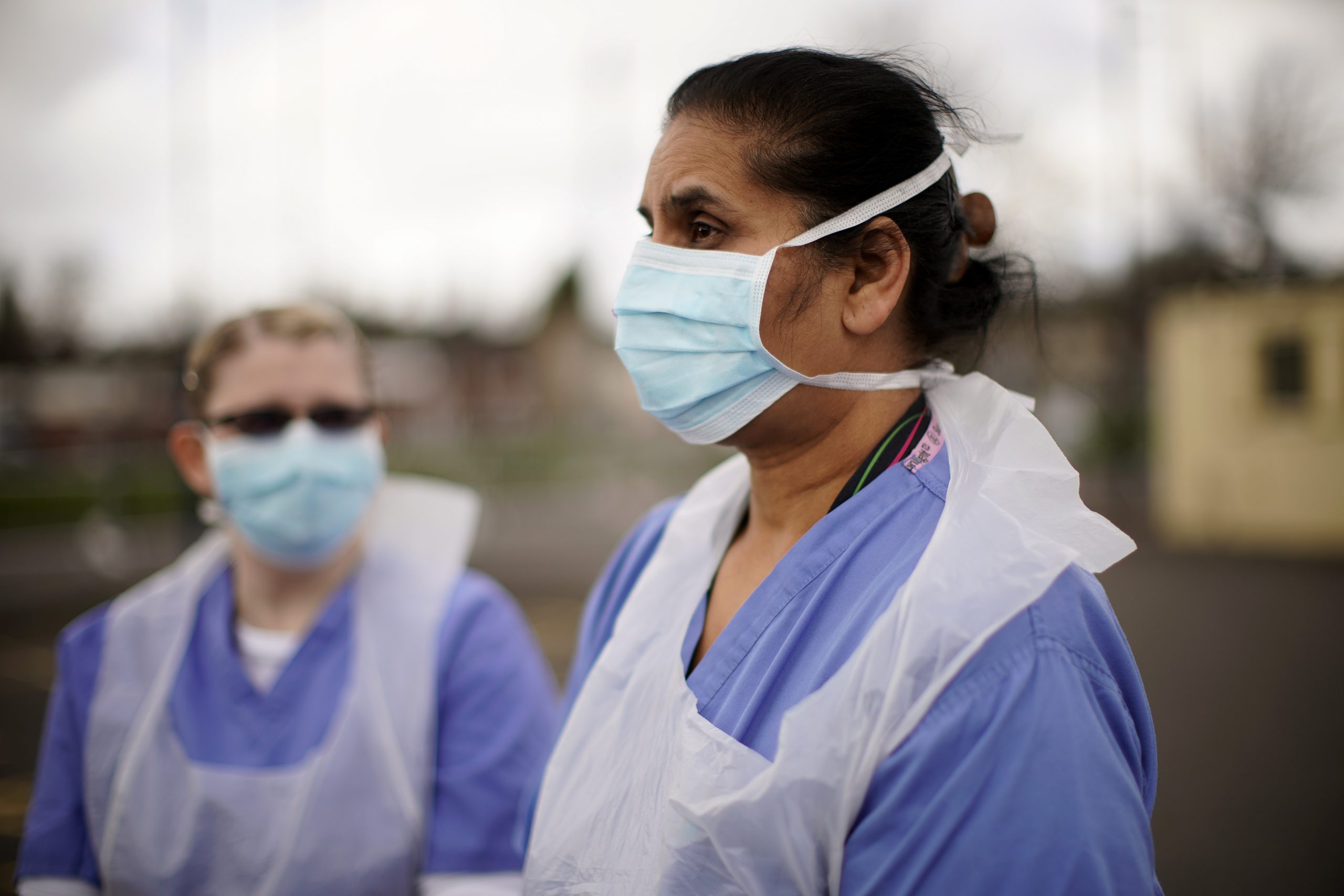 LEADING doctors have slammed ministers for “paying lip service” to ethnic minorities after new analysis confirmed previous findings that BAME groups are at higher risk of infection and dying from coronavirus.

People of Asian ethnicity are 1.5 times more likely than white people to be infected, analysis from the Universities of Leicester and Nottingham revealed last week. Patients from Asian backgrounds are also more likely to be admitted to intensive care and to die from the virus.

The latest findings are consistent with previous reports by Public Health England (PHE) and the Office for National Statistics (ONS), which noted the heightened risk within BAME groups.

Since the initial coronavirus outbreak in March, leading British Asian doctors, including the British Medical Association (BMA) chair Dr Chaand Nagpaul and Dr Kailash Chand, have raised concerns about the disproportionate impact of coronavirus on ethnic minority healthcare staff and the wider community.

Dr Chand, honorary vice-president of the BMA, said the government had not listened to their concerns, describing its response as “lip service”. In his view, ethnic minorities should have been given “enhanced priority” by ministers. “We’ve been saying, shouting, screaming about what the risk factors are and (the government) did not attempt to reduce this enhanced vulnerability of the BAME community,” Dr Chand told Eastern Eye on Monday (16).

The BMA council chair Dr Nagpaul agreed that “little to no tangible action” had been taken by ministers since the PHE’s initial review in June, which indicated that those from ethnic minority backgrounds were most disproportionately impacted by Covid-19.

Dr Nagpaul said people from BAME backgrounds have not seen any improvements in the adverse impact of the virus on their lives. He added: “We need better culturally competent public health communications that reflect the lives of minority groups, delivered by trusted voices in these communities, as we know the government has lost the confidence of many people from BAME backgrounds.”

The most recent NHS risk assessment guidance from November 4 advised organisations to ensure line managers were supported to have “sensitive and comprehensive conversations” with BAME staff. It also said to identify any existing underlying health conditions that may increase the risks for ethnic minorities in undertaking their frontline roles, in any capacity.

However, a recent BMA survey revealed healthcare staff were not satisfied with adjustments made after their risk assessments. A sixth said they felt a further risk assessment was now required.

Dr Nagpaul admitted that medical colleagues were “anxious” about the months ahead, as infection numbers continued to rise. Staff from BAME backgrounds will be particularly concerned given the devastating impact on these groups in the first wave, he added. “It’s vital that risk assessments are acted upon and not treated as a tick-box exercise – and should mean redeploying staff away from areas where they are most likely to catch Covid-19,” he said.

There has been concern over the amount of PPE (personal protective equipment) available to NHS staff too. In June, analysis by the National Audit Office (NAO) said there had been shortages of PPE when the pandemic first struck.

Dr Nagpaul referred to a recent BMA survey, which found BAME doctors were “particularly worried” about PPE supplies ahead of the winter months. “While we’re not yet experiencing a repeat of the widespread PPE shortages we saw earlier in the pandemic, we need reassurances from the government that the stockpile is enough to match any modelled worst-case scenario to ensure that no staff are left unprotected,” he said.

There have also been calls for the government to address issues relating to structural racism, which many believe has contributed to the disproportionate impact on BAME groups.

In October, a government advisor said structural racism was not a “reasonable explanation” for black and south Asian people’s greater risk of illness and death.

Speaking during a government briefing on the first quarterly report on Covid disparities, Dr Raghib Ali said “it was time to stop using ethnicity when deciding who needed help”. Days later, a Labour party report contradicted Dr Ali’s claims, calling for systemic racism to be investigated in the UK as a potential cause of disparities in Covid-19 outcomes.

Dr Nagpaul said the PHE review had made clear that factors relating to racism, discrimination, fear and trust had contributed to the disproportionate impact of Covid-19 on BAME communities. “Work to address these structural inequalities must be stepped up,” he said.

Dr Chand agreed more needed to be done, arguing that little protection had been put into place since concerns had been initially flagged up. “We have (BAME) frontline workers living in over-crowded houses with more than one generation in the same house, and what have (the government) done? They haven’t done anything about housing, they haven’t provided essential or foolproof PPE and the risk assessments we have been asking for should be done more rigorously,” he said. “None of that has been accomplished.”

On Monday, it was reported that a vaccine which was 95 per cent effective against the virus had been produced by US company Moderna. German pharmaceutical corporation Pfizer announced similar results last week, claiming their vaccine was 90 per cent effective.

Although the latest government guidelines have said there is not “a firm position on priority groups at this time,” reports have said the elderly and healthcare workers would be considered first.

Dr Chand has called for ethnic minority groups to be prioritised. Noting the new research by the Universities of Leicester and Nottingham, he highlighted previous data showing BAME communities have lower life expectancy than their white counterparts.

“There’s a good reason for it,” Dr Chand argued. “(Ethnic minorities’) life expectancies are lower than people from affluent communities and white communities. Priority should be given to BAME communities for a vaccination.”

Dr Chand has recommended that messaging related to the vaccine be culturally competent. Sharing similar sentiments, Dr Nagpaul said culturally sensitive messaging was “particularly important” when communicating the importance of the vaccination to those groups most at risk.

It was also vital that the research and data from vaccine trials were presented transparently, he added. “(The research should be) used to inform recommendations around who should get the vaccine first, ensuring that those most at risk and for whom the vaccine is most effective can be prioritised.”

Dr Nagpaul has repeatedly called for culturally sensitive messaging throughout the pandemic, telling Eastern Eye in July it was “vital” for ethnic communities.

Responding to Eastern Eye, a spokesperson for the government’s Equality Hub said: “Throughout the Covid-19 pandemic, we have prioritised protecting the most vulnerable in our society. In October, the minister for equalities provided her first quarterly update on the work we have carried out so far which highlights and seeks to minimise the key risk factors that are having an impact on these communities.

“Access to the latest public health information and protections should be available to everyone. To ensure that is the case, we have invested in a strong package of measures to target messaging, develop the data we have available and make sure everyone is as safe as possible at home or in the workplace.” 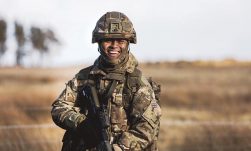 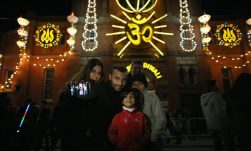 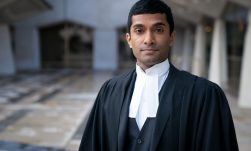 Online dating on the rise during Covid-19