Djokovic drops set on way into Wimbledon second round 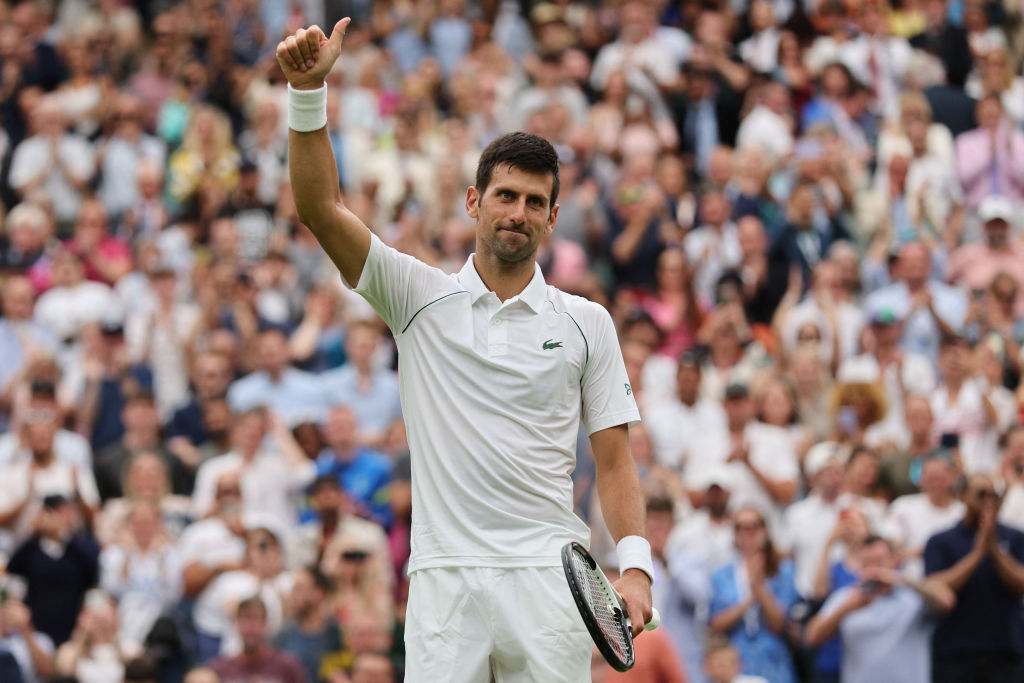 Top seed Novak Djokovic overcame a dogged challenge from 81st-ranked Korean Kwon Soon-woo and his own grasscourt rustiness to reach the Wimbledon second round with a 6-4 3-6 6-3 6-4 victory on Monday.

The defending champion, bidding for his fourth Wimbledon title in a row, looked out-of-sorts at times against Kwon, who brought a lively mixture of tennis, from booming forehands to delicate drop-shots, onto Centre Court.

The 24-year-old Korean broke Djokovic’s serve in the fourth game of the second set and went on to win it with a drop-shot and a big serve.

But the 35-year-old Serb, aiming to win a 21st Grand Slam title, recovered enough of his trademark consistency to see off the challenge.

Djokovic, who played no grasscourt warm-ups before the championships, secured victory with an ace on his first match point and will next meet either Thanasi Kokkinakis or Kamil Majchrzak.