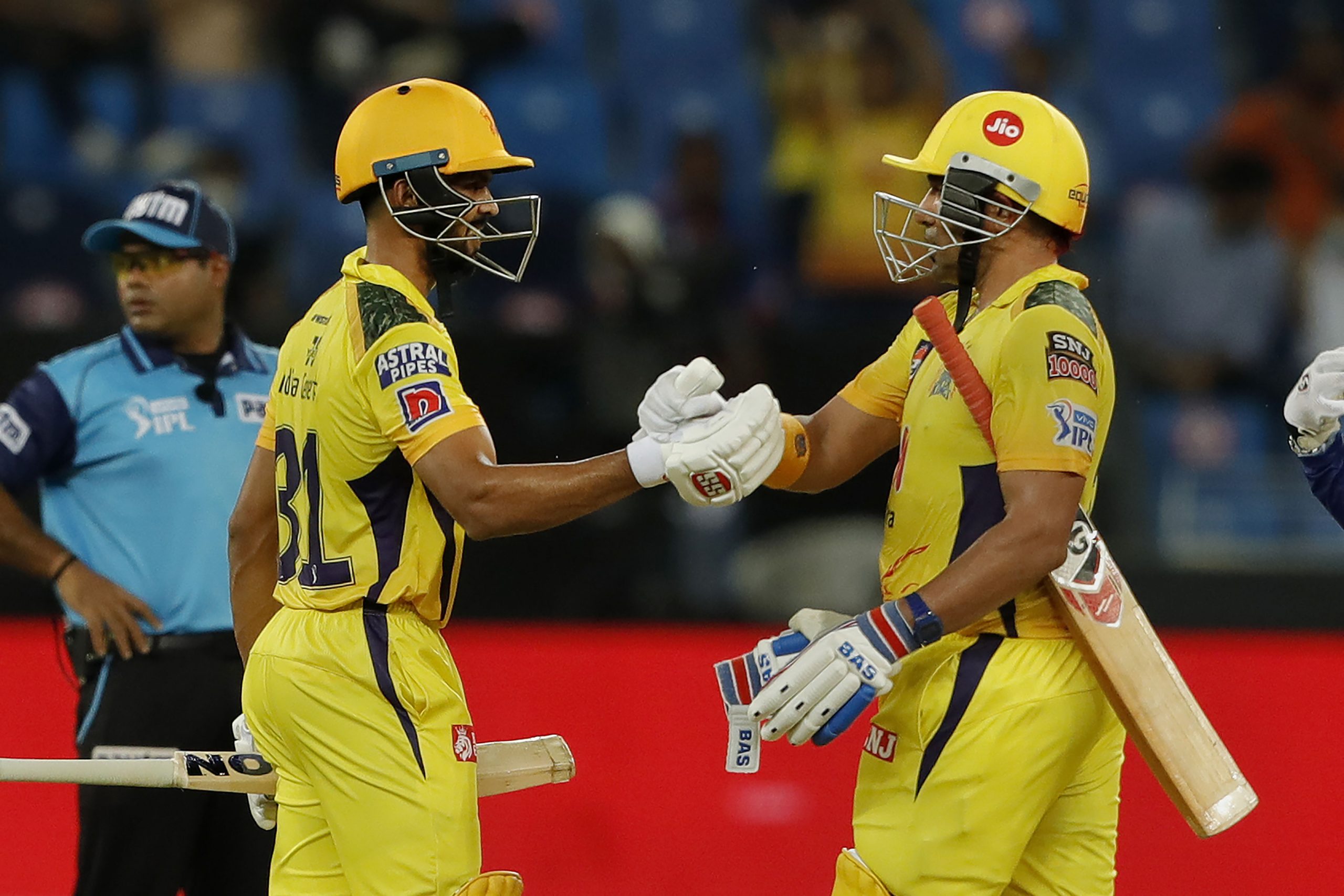 Chasing 173 for victory, Chennai rode on a 110-run second-wicket partnership between Gaikwad and Robin Uthappa (63) but were in trouble after the two departed.

Delhi pace bowler Tom Curran needed to defend 13 off the final over and got Moeen Ali out for 16 on the first ball.

But Dhoni (18) kept his calm to smash three boundaries and take the team home with two balls to spare.

“My innings was a crucial one,” said the 40-year-old Dhoni.

“Delhi has a very good bowling attack. They exploited the conditions well, so we knew it would be tough.”

“And the king is back, the greatest finisher in the game. Made me jump Outta my seat once again tonight,” Kohli, who will step down as Bangalore captain after end of season, tweeted.

Dhoni will be India’s mentor in the upcoming T20 World Cup in the United Arab Emirates and Oman where Kohli will captain the national team for one final time in the shortest format.

The first IPL qualifier had the top two teams in the league table clash, with three-time champions Chennai getting a direct entry into the final – their ninth in 14 seasons – on October 15.

Delhi, led by Rishabh Pant, will have another shot at securing a berth in the final when they play the second qualifier on Wednesday (13).

“We are going to rectify our mistakes, learn from it and hopefully, we can move on and play the final,” said Pant.

Chennai lost Faf du Plessis for one, bowled by Anrich Nortje in the first over before Gaikwad and Uthappa set up the chase.

Curran hit back with two wickets in one over including the key scalp of Uthappa, but the in-form Gaikwad took the attack to the opposition and got past 600 runs this season.