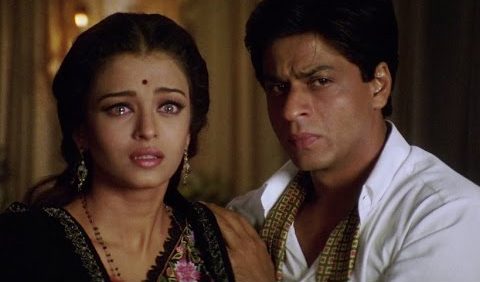 This week marks the 20-year anniversary of the Sanjay Leela Bhansali directed Bollywood film Devdas, which released globally on July 12, 2002, and became a blockbuster success.

The highest grossing Bollywood film of that year starred Shah Rukh Khan, Aishwarya Rai, and Madhuri Dixit in iconic lead roles, which brought the classic 1917 novel to the big screen in a larger-than-life way never seen before.

To mark two decades of the musical about a lovelorn alcoholic, Eastern Eye presents 20 fun facts about the film and the enduring legacy of a novel that has had so many cinema adaptations across the decades.

1. Bengali romance novel Devdas was written by Sarat Chandra Chatterjee and first published on June 30, 1917, and according to legend, it was based on his own life.
2. There have been 20 film adaptations of the novel in various languages, with the first being a 1928 silent movie.

3. The first talkie version of Devdas was made in Bengali with PC Barua directing and playing the title role in 1935. A year later, Barua would dir­e­ct the first definitive Bollywood ver­sion with KL Saigal playing the lead role. Bimal Roy, who did the cin­e­matography for that 1936 film, would later direct the 1955 version with Dilip Kumar playing the title role.

4. The first Telugu film adaptation of the classic novel was Devadasu (1953), which extraordinarily spawned the direct sequel Devadasu Malli Puttadu (1978), which picks up where the original story ends and imagines what happened next. It has Parvathi staying alive, while Devdas and Chandramukhi get reincarnated so they can unite.

5. Look carefully at all-time classic Kaagaz Ke Phool (1959), and there is a sub-plot where the character played by Guru Dutt is directing a film titled Devdas, with Waheeda Rehman playing Paro.

6. The first Pakistani version of Devdas was made in 1965 with Habib, Shamim Ara and Nayyar Sultana playing the three main protagonists. There was another Pakistani version made in 2010, which is available in full on YouTube.

7. Director Prakash Mehra had wanted to make a version of Devdas in 1976 with Amitabh Bachchan in the title role but shelved the idea. He instead produced Muqaddar Ka Sikan­d­ar (1978) with Bachchan in the lead and took multiple elements from the story. In fact, Madhuri Dixit comp­ared her role in Devdas to the co­urtesan played by Rekha in that film.

8. In the 1970s, writer-director Gulzar commenced shooting his own version of Devdas with Dharmendra, Hema Malini, and Sharmila Tagore in the lead roles, but the film was abandoned shortly after it commenced shooting due to financial problems. In 2009, Dharmendra’s nephew Abhay Deol played the role in contemporary version Dev.D.

9. Salman Khan had starred in Sanjay Leela Bhansali’s first two films Khamoshi: The Musical (1996) and Hum Dil De Chuke Sanam (1999) and was reportedly upset at not being given the title role in his third directorial outing Devdas.

10. Manisha Koirala and Sushmita Sen were both considered for the role of Chandramukhi, which eventually went to Madhuri Dixit. It would be her last role before a long sabbatical from Bollywood.

11. Manoj Bajpayee, Saif Ali Khan, and Govinda were offered the role of Chunni Babu, but all of them declined and Jackie Shroff was eventually signed.

12. Kareena Kapoor screen tested for the role of Paro, but first choice Aishwarya Rai was given the role.

13. The 2002 Devdas had some of the most expensive sets and outfits in Hindi cinema history. The outfit worn by Madhuri Dixit in the song Kahe Chedd Mohe weighed 30 kilograms, which caused obvious problems in the dance choreography, but she managed.

14. Bollywood’s greatest singer of the modern era, Shreya Ghoshal made her debut with Devdas. She had been spotted on a reality TV show and was brought in to sing five tracks. The then teenage sensation became the first singer to win both the Filmfare and National Film Awards for a debut song (Bairi Piya).

15. Dola Re Dola is widely regarded as one of the greatest dance numbers in Bollywood history. Choreographer Saroj Khan used the dance form Nautwary, which included steps of Kathak and Bharatnatyam for the eye-catching song picturised on Aishwarya Rai and Madhuri Dixit.

16. Devdas was the first big commercial Bollywood film to have a huge red-carpet premiere at the Cannes Film Festival on May 23, 2002. That moment would open the doors for Indian celebrities to attend the annual festival in a big way, including lead star Aishwarya Rai Bachchan attending a record-breaking number of times.

17. Devdas was India’s official entry in the foreign-language film category of the 2003 Academy Awards, but it didn’t receive a nomination. It did however get nominated for the BAFTA Award for Best Foreign Language Film.

18. A low budget Bengali version of Devdas was released the same year as Sanjay Leela Bhansali’s lavish epic, where no expense was spared.

19. The 2002 version of Devdas swept the boards at all the major award ceremonies. This included 11 trophies at the Filmfare Awards and five National Awards.

20. Hollywood star Tom Hiddleston said he had watched Bhansali’s Devdas at his local cinema: “I remember I going to see that at my local cinema, and it was so extraordinary. I would say that I have never seen anything like that. So, yeah I remember that very much.”