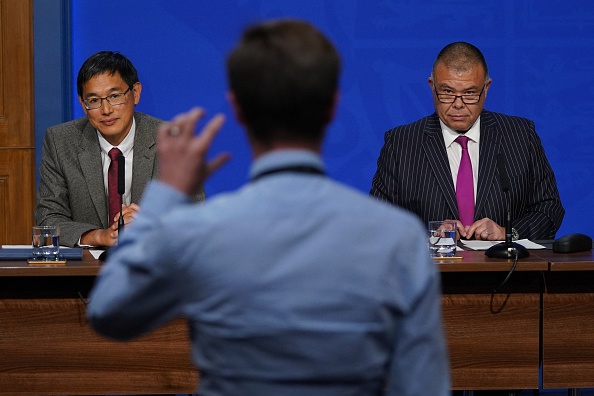 ALL 16 and 17-year-olds in the UK will be offered a first dose of the Covid jab within weeks, Joint Committee on Vaccine and Immunisation confirmed on Wednesday (4) while vaccine eligibility is “likely” to be extended for over-12s Britons very soon.

The teenagers, 16 and 17 year olds, will not require parental consent for the jab, JCVI said, adding that they will be offered Pfizer-BioNTech jab for the first dose while advice on when to offer the second dose will come later.

The move will impact 1.4 million Briton teens across the country.

Prof Jonathan Van-Tam, England’s deputy chief medical officer, said there were plenty of vaccines available, adding that the jabs is expected to start in “a very short number of weeks indeed”.

“There is no time to waste in getting on with this,” he said, highlighting that children will start going back to sixth forms and colleges soon. “I want us to proceed as fast as is practically possible.”

Claiming that it is “more likely than less likely” that the list will be broadened in the coming times, Van-Tam seemingly suggested that the UK government is also mulling to extend vaccine eligibility further, rolling out for children as young as 12 in the near future.

The government’s chief scientists are committed to giving the JCVI “time” to assess the impact of vaccination on healthy children aged 12 to 15, Van-Tam said, adding the option has not been ruled out.

Peter English, a retired consultant in communicable disease control, and former chair of the BMA public health medicine committee, also said that he believes it is “just a matter of time” before jabs are recommended for everyone aged 12 and above, reports said.

The move brings Britain more in line with the US and many European countries, several of which have gone further by opening up vaccinations to all over-12s and have already hit first-jab rates of 40 per cent or more. While France has been offering vaccines to over-12s since mid-June, Spain has been vaccinating older teenagers and have started jabs for over-12s last week.

Italy has been vaccinating its 12-to-15-year-old since May and aims to jab the majority of the population before September.

JCVI’s announcement about offering vaccination to 16 and 17-year-old in the UK was met with some mixed responses on Twitter. Some concerned parents took to social media late Wednesday night (4) under the ‘LeaveOurKidsAlone’ hashtag to slam the government’s move.

However, the viral hashtag was seen getting quickly hijacked by youngsters, telling adults to take their own advice and let teens make up their own minds. Many youths were reportedly “enraged” by demands from anti-vaxxers that they stay unvaccinated, while many teenagers argued they wanted to get inoculated to help protect their grandparents.

maybe the anti-vaxers in #LeaveOurKidsAlone should listen to their own advice and leave us alone?? i’ve been waiting for this vaccine to help protect my high risk parents for ages and i’m excited to get it over and done with or at least wait for news on a possible nasal vaccine

My nearly 16 year old daughter said today, she’d be getting the jab on her birthday so she could see her grandma in Ireland: she also said: ‘Tin-Hatters can get f***ed’. Her 13 year old sister is jealous: don’t impose your skewed beliefs on clued-up teenagers. #LeaveOurKidsAlone