‘Cornelia Sorabji’s story was one of many firsts’ 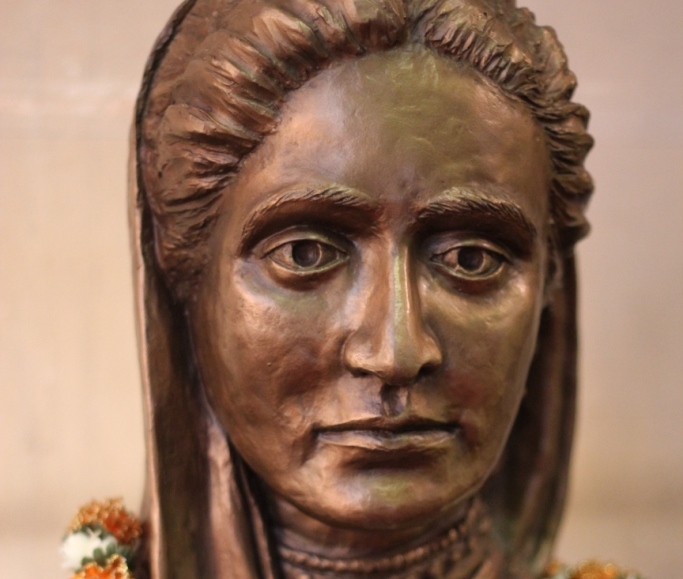 Sorabji was born in Nashik in what is now the western Indian state of Maharashtra in 1866, one of nine children in an Indian Parsi Christian family. Her parents pushed Bombay University to allow women to study there – the campaign was successful, with Sorabji becoming the first female graduate there at the age of 16.

It wasn’t easy for her being the only female among 300 male students, who would often be quite hostile towards her. Despite her amazing academic record she did not qualify for a ‘Government of India scholarship’ to study in England, as these were exclusively for men.

Luckily, Sorabji caught the attention of a number of highprofile men and women in England, including Florence Nightingale, who petitioned for her to study at Oxford and also donated money to a fund to support her financially.

However, despite her desire to study law, she was told English was ‘more suitable’ for women. After proving her worth she was finally admitted to the Bachelor of Civil Law course.

She graduated and returned to India, wishing to use her qualifications to advocate for women within the Indian legal system. However, women were barred from practising law, so she had little choice but to accept legal work where she could. She found herself working for Maharajas, embroiled in petty cases where at one point she had to defend an elephant!

Sorabji insisted on finding ways to help women and children and it is estimated that she helped more than 600 women and orphans fight legal battles as well as promoting education and reform of laws such as child marriage. She set up a practice in Calcutta (now Kolkata), although she was confined to preparing cases as Indian courtroom were not ready to hear from female barristers.

While in India, she supported aspects of the independence movement but disagreed with Mahatma Gandhi’s civil disobedience campaigns against the British. Her reservations about nationalist methods perhaps explains why Sorabji retired and moved back to London in 1929 and lived there until her death in 1954. As you can imagine, she did not live a ‘typical’ retired life either – she was a writer and broadcaster, and during the Second World War, raised funds for Indian troops.

Sorabji never gave up, and as a result she achieved many ‘firsts’ across her lifetime. So did you know her story? If not, why do you think that is? How might her life have affected yours and your families?

This is the first in a series of fortnightly columns by Shalina Patel, who is the head of teaching and learning in a large comprehensive school in north-west London. Patel runs the History Corridor on Instagram, which has more than 15,000 followers and showcases the diverse history that she teaches. She has delivered training to more than 200 school leaders since July 2020 on decolonising the curriculum. Patel won the Pearson Silver Teaching Award 2018 for Teacher of the Year in a Secondary School.