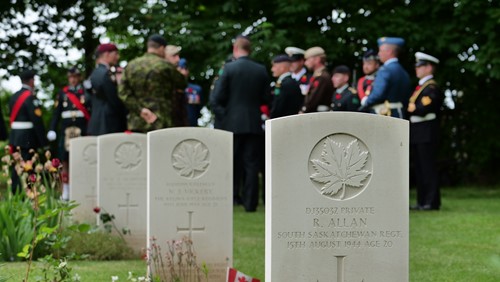 Through the virtual experience on the CWGC website the public will be able to name stars after one of the Commonwealth war dead in CWGC’s care.

It encourages everyone to take a moment at 7pm to step outside their homes, look at the stars and remember the fallen.

Besides, searchlights will beam light into the Armistice night sky at key CWGC locations across Britain, a statement said.

Funded by six Member Governments, the CWGC honour and care for the 1.7 million men and women of the Commonwealth forces who died in the first and second World Wars.

“This year we can’t come together in person to think of those who sacrificed their lives for ours, but we can still make sure their names burn bright. Not just for one day, but for all the days (and nights) to come. So, this year, on Remembrance Day, we’ll look up to the stars in our night sky to remember those who fell. All 1.7 million of them,” said CWGC director general Barry Murphy.

“I would urge the public to join us by choosing to name a star in remembrance of someone and looking up into the night sky at 7pm on 11 November to remember that person and all those who died during the two World Wars. Together, we can make sure their names Shine On.”

To join the initiative, visit www.cwgc.org/ShineOn and name a star in remembrance.

The four locations from where the sky will be lit are the CWGC’s Plymouth Naval Memorial and Brookwood Military Cemetery in Surrey, as well as CWGC’s war grave plots at Cardiff Cathays Cemetery and Edinburgh Rosebank Cemetery.

According to the statement, the lights will be visible for miles around and those who live locally are encouraged to look to the sky at 7pm and watch from the safety of home.