THE Akram Khan Company recently marked 20 years with The Silent Burn Project, which was a series of live-streamed programmes capturing two decades of dance success through documentaries, discussion, magical memories, path-breaking performances, striking visuals and big names that have been part of the incredible journey.

The company has also released The Fury Of Beautiful Things, which is a photo-book looking back at their last two decades in dance. The British dance company has become a giant since it formed in 2000 and its heartbeat has been acclaimed genius Akram Khan. The world-famous dancer-choreographer has been a driving force with his explosive live performances, magnificent collaborations, ability to cross new frontiers and pieces that have left a permanent mark on the performance landscape.

He has also been a recipient of many prestigious awards and that brilliance is seen in a portrait documentary produced by Netflix, which recently premiered worldwide.

So, there was a lot to talk about when Eastern Eye caught up with Akram Khan to discuss his dance journey, inspirations, hopes and why he thinks lockdown has changed everything.

Has lockdown given you a chance to look back on your journey in dance?
Yes, sure it has. It has allowed us to look back in a much more humble way. We were going to look back at the work anyway for a 20th anniversary live at Sadlers Wells over three weeks, but that has been postponed to next year. We still wanted to mark this moment, but lockdown has humbled us. An invisible virus, something so minute and small, has brought the entire human civilisation to a freeze.

You seem philosophical about it…
There is always a reason for certain things and it’s not quite as random as you would like to think. Perhaps, we were and are too arrogant as a civilisation. We think we own the planet, but we are just guests here on Earth. I feel lockdown has allowed us to look back and celebrate the work with a very particular lens. I feel humbled and blessed. When I
look back I realise how ordinary I am.

You are far from ordinary. You have become globally famous, won many awards and had big names you collaborated with contribute to The Silent Burn Project, which celebrated your work, such as Danny Boyle, Sylvie Guillem and Antony Gormley…
My mother grounded me very well. So, I know my strengths and weaknesses, but I have an extraordinary amount of passion, will, determination, perseverance and hard work. Those are my qualities, but I am quite ordinary. I feel lucky to be given such extraordinary opportunities. Now, when I look back at the 20 years, I realise that it’s definitely a moment for us to support the new generation – the young artists coming up! Older artists supported me when I started, as mentors, spiritual healers and artistic guides. I think we are in tumultuous times now, and if we can be a voice who is there to just listen, help them in any way we can, that is what I really want do.

Your body of work in dance is just incredible, but which would you say is closest to your heart?
I would say there are several. One of them is Zero Degrees because I made that with (dancer/choreographer) Sidi Larbi Cherkaoui – who is very dear to me – Antony Gormley and Nitin Sawhney. It was kind of a big marker point for us. We were the young choreographers working with Antony and Nitin. We were both just rising independently and came together for this work. For us, collaboration was more important than isolation and doing it by ourselves. It is really beautiful to think that two people can always, if their intentions are pure, and they have the same curiosity and a willingness to learn, go further than one. That was a marker point of Zero Degrees. Then, of course, my solos Desh and Xenos are very close to my heart. Also, the Olympic opening ceremony was a very big moment for the company.

Which of your works challenged you most as a dancer?
I think it is still to come, but Xenos is one of them. I think challenge was not the issue, but time. I am older and not like when I was creating Zero Degrees, where I didn’t have to worry about my body, which was pretty silent and took the abuse. (Laughs) Now my body speaks back to me everyday. I am completely negotiating all the time with my body.

Was it a difficult decision for you to do your last full-length solo performance with Xenos?
It’s funny because it was difficult, and not difficult. It was difficult because I am nostalgic about performing, but knew I would continue performing anyway. The only thing is it was my last full-length solo. So, I was always going to be performing smaller pieces, perhaps, more in a group or a duet. Carrying that alone is a whole journey. Of course, I have musicians, but they are not dancers, so you are together, but also alone on that journey and I don’t want to go through that again.

Today, what does dance mean to you?
I did dance because it was pleasurable. It gave me meaning in life. It gave me a purpose. I think movement is a necessity right now, especially, because we are forced to be still. We are forced to stop travelling and moving out of our house. We are forced to stop, basically. With age you suddenly realise you need to move now more than ever. I don’t mean move outside the house or break lockdown, I am not talking about that. I am saying dance allows you to converse with your body, which is connected to your emotional, mental and psychological well-being. I cannot stress enough how important dance is generally for people. You have a new photo-book out looking back a your dance journey.

What inspired The Fury Of Beautiful Things title?
When I say fury, I mean I am always shocked by the violence of beautiful things. Let me be clear, I am shocked that I am still in awe of beautiful things and that things can still make me be in wonderment. When you are in awe of something still after 40 years it is so beautiful; so dance and being in a creative environment still makes me feel this sense of wonderment.

Tell us more about the fury…
Being with people who are in a similar space in their head, heart, mind and creativity is still furious. It is something so wild and powerful. The fury is in the shock of it. I am just shocked that I can still be in that space, and can never get bored of it. Really, it is about thresholds.Everything you do, my art especially, is meeting a threshold, and I am reviewing it because in that threshold you really start to understand who you are, and what life is about. You are a big dance hero.

What advice would you give aspiring dancers?
I would be more of a listener to them. I wouldn’t give advice because the advice that I would give pre Covid-19 is very different to what I would give post Covid-19 because the world has changed, whether we like it or not. We are never going back to the world we left behind before we went into lockdown. That is the new reality.

What are your future hopes for classical Indian dance?
I am a cheerleader for classical Indian dance because I feel it is a world that is still very much in the shadows of western society, and the modern world. I feel we really need to go back and bring those classical forms forward and put them in the light because they hold such wisdom. Modern civilisation believes that with each generation we become more intelligent. Pygmy tribes believe that with each generation we become less wise. So it is a very different way of thinking, so I feel those traditional classical forms have such depth, knowledge and wisdom that we should embrace them into the future because we don’t know what it holds.

What inspires you today?
The people who are regarded as ordinary because they are the most extraordinary! The people who are not doing these interviews, who are not in the limelight, people who are in very difficult situations, but still manage to smile, have dignity and grace. We are in a privileged situation, so it’s easier for us to claim things, but the people who are fighting to survive, yet have humanity, grace and empathy, are ones who really move and inspire me.

The Fury Of Beautiful Things by Akram Khan Company is out now. Visit www. akramkhancompany.net 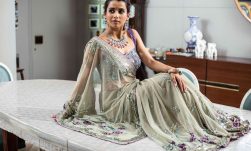 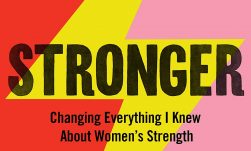 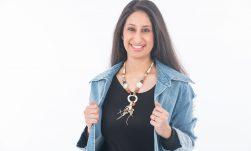