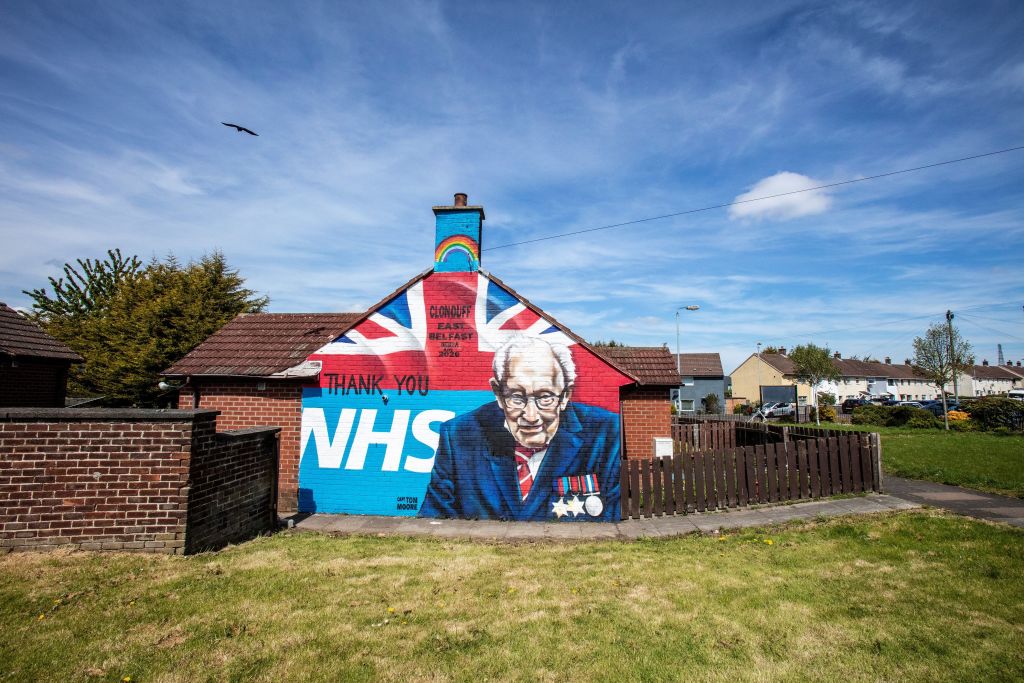 COLONEL Tom Moore, who became a national hero in Britain after raising £33 million for the NHS in the run-up to his 100th birthday, is to be knighted.

Moore becomes “Sir Tom” after a special nomination from Prime Minister Boris Johnson, who called him a “true national treasure”.

Moore set himself the goal of walking 100 laps of his garden before his 100th birthday in April.

He was initially hoping to raise £1,000 for NHS charities as a gesture of gratitude for the treatment he received while suffering from cancer and a broken hip.

But the money started pouring in after his effort drew national and then international interest, a rare good news story in the middle of a global health emergency.

“Colonel Tom’s fantastic fundraising broke records, inspired the whole country and provided us all with a beacon of light through the fog of coronavirus,” Johnson said on Tuesday (20) while announcing the knighthood.

“On behalf of everyone who has been moved by his incredible story, I want to say a huge ‘thank you’. He’s a true national treasure.”

The army had made Moore, who served as an engineer in India and Burma during World War II, an honorary colonel.

Moore’s efforts and humility propelled him to national fame, with a high-speed train named after him and Royal Air Force jets performing a flypast for his birthday on April 30.

Moore became the oldest artist to reach No. 1 in the UK music singles charts, singing a cover of “You’ll Never Walk Alone” with British stage star Michael Ball and an NHS choir.

The veteran now holds two world records: raising the most money doing an individual charity walk and as the oldest person to top the UK charts.

“A fitting honour for a true British hero. So well deserved and bloody marvellous. Well done and thank you for everything Sir.”

“In these difficult times for our country, Tom brought inspiration to millions and helped all of us to celebrate the extraordinary achievements of our NHS,” he said.

“After serving his country during the war, Tom recognised that today’s heroes are our frontline NHS and care workers.

“In his actions, Tom embodied the national solidarity which has grown throughout this crisis, and showed us that everyone can play their part in helping build a better future.”

Moore’s daughter said the whole family was thrilled about his knighthood.

“What an honour, and richly deserved; he is absolutely outstanding,” exclaimed Hannah Ingram-Moore.

“I hope she’s not very heavy handed with the sword,” Moore said. “By then I might be rather a poor old weak soul.”

Knighthood is bestowed by the monarch tapping a sword on the recipient’s shoulders.

Asked what he would tell the queen, Moore said: “Any discussion between me and the queen will have to be kept secret.”

Thanking the British public, he said the country must “take this opportunity to recognise our frontline heroes of the National Health Service who put their lives at risk everyday to keep us safe”.

He also urged the youth to look forward with hope.

“There’s a future for everyone,” he said. “Give everybody a little smile and see if they’ll smile back.

“You have got to look forward to the fact that things will improve as they always do: things will get better and we will have a lovely golden sky and hear the larks singing again beautifully.”