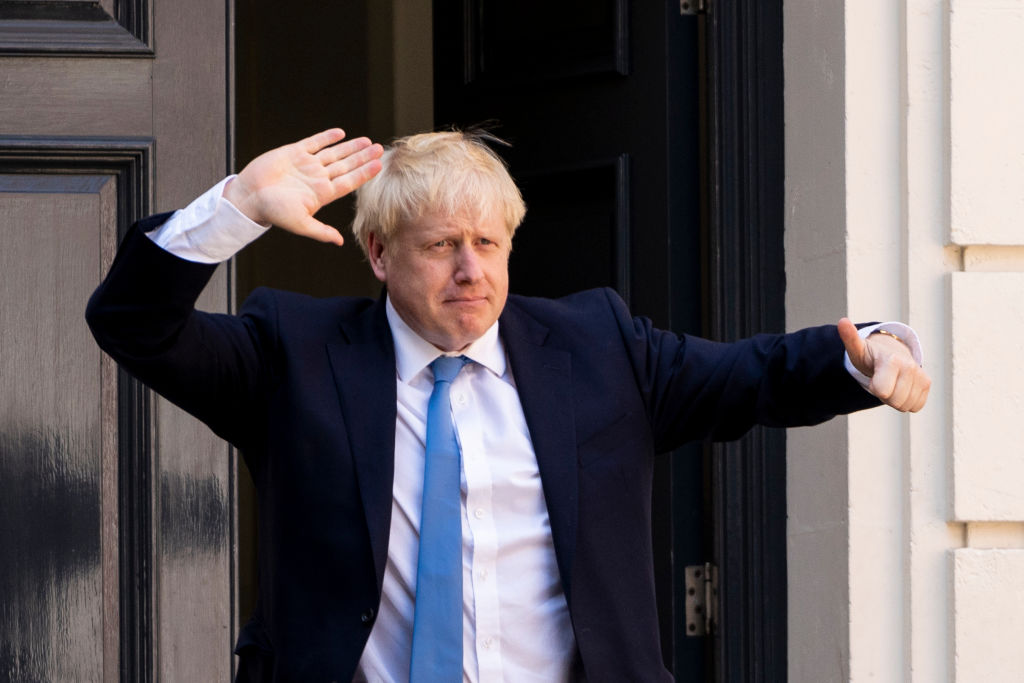 Prime Minister Boris Johnson left intensive care on Thursday evening as he continues to recover from COVID-19, but he remains under close observation in hospital.

Johnson, 55, was admitted to St Thomas’ Hospital on Sunday evening with a persistent high temperature and cough, and was rushed to intensive care on Monday where he spent three nights receiving treatment.

“The prime minister has been moved this evening from intensive care back to the ward, where he will receive close monitoring during the early phase of his recovery,” a spokesman from his office said in an emailed statement.

“He is in extremely good spirits.”

Johnson was the first world leader to be hospitalised with the coronavirus, forcing him to hand control of the world’s fifth-largest economy to foreign minister Dominic Raab just as Britain’s outbreak approaches its most deadly peak.

Raab tweeted that the improvement in Johnson’s condition was “the news we all wanted to hear”. US President Donald Trump described it as “great news”.

The prime minister’s father, Stanley Johnson, said the family was “tremendously grateful”, adding that his son’s illness “got the whole country to realise this is a serious event”.

“He [the PM] must rest up,” he told BBC radio, thanking Britons for their outpouring of support and telling them to heed the lesson.

“You cannot walk away from this and go straight back to Downing Street and pick up the reins without a period of readjustment.”

Stanley Johnson also cautioned that if the virus “can hit the prime minister for heaven’s sake, well it does come close to home”.

“He took one for the team, and we’ve got to make sure we play properly now.”

The PM’s pregnant fiancee, Carrie Symonds, took to Twitter to express her relief with a series of clapping hands emoticons alongside a picture of a rainbow, which has emerged as the symbol of support for the NHS through the course of the pandemic fightback.

The 32-year-old, who was self-isolating with the couple’s dog Dilyn, had revealed her own symptoms of coronavirus last week but said she was “on the mend”.

Johnson’s ongoing recovery prompted a small rise in the value of sterling against the dollar.

However, the government statement did not give any details on when Johnson may be able to resume leadership, and Raab – speaking before the latest announcement – had stressed the importance of allowing the prime minister to focus on recovery.

Raab is deputising for Johnson during the most stringent shutdown in Britain’s peacetime history.

Earlier he told a news conference it was too early to end the lockdown because Britain had not reached the peak of the outbreak yet.

The UK death toll in hospitals from coronavirus now stands at 7,978, a rise of 881 on the day but a smaller increase than the 938 seen in Wednesday’s data.

With Johnson absent and the death toll still mounting, the British government is wrestling with two major issues – how to finance a vast increase in state spending to support the shuttered economy, and when to start easing lockdown measures.

With the economy facing potentially the worst hit since World War Two, the government said it had expanded its overdraft facility with the Bank of England.

The central bank has agreed temporarily to finance government borrowing in response to COVID-19 if funds cannot immediately be raised from debt markets, reviving a measure last widely used during the 2008 financial crisis.

The BoE said it was a short-term measure and both it and government said any borrowing from the Ways and Means facility – effectively the government’s overdraft with the Bank – would be repaid by the end of the year.

The government has made pledges costing tens of billions of pounds to support businesses and workers hit by the virus. On Thursday, the government said an additional 1.2 million claims for welfare payments had been filed since March 16.

Raab said the peak of the virus outbreak had yet to be reached and that the government would not be able to say more about the duration of the lockdown until late next week, once experts have had chance to analyse data on how well it is working. It was introduced last month.

“The measures will have to stay in place until we’ve got the evidence that clearly shows we’ve moved beyond the peak,” he said.

While Johnson’s condition was improving, the likely length of his recovery remained unknown, with some political commentators saying there was a power vacuum in his absence.

Raab said on Thursday he had the power to make “necessary decisions” in the prime minister’s absence and that government will continue to follow the strategy set out by Johnson. He said cabinet could take decisions collectively.

The United Kingdom is entering what scientists say is the deadliest phase of the outbreak, with deaths expected to continue to rise over the Easter weekend.

But in a sign the shutdown measures were working, health officials have said the number of coronavirus infections and hospital admissions had begun to show signs of flattening.

Police said they would be taking tougher action to do just that before the four-day Easter holiday weekend because many people were continuing to ignore the ban on social gatherings.