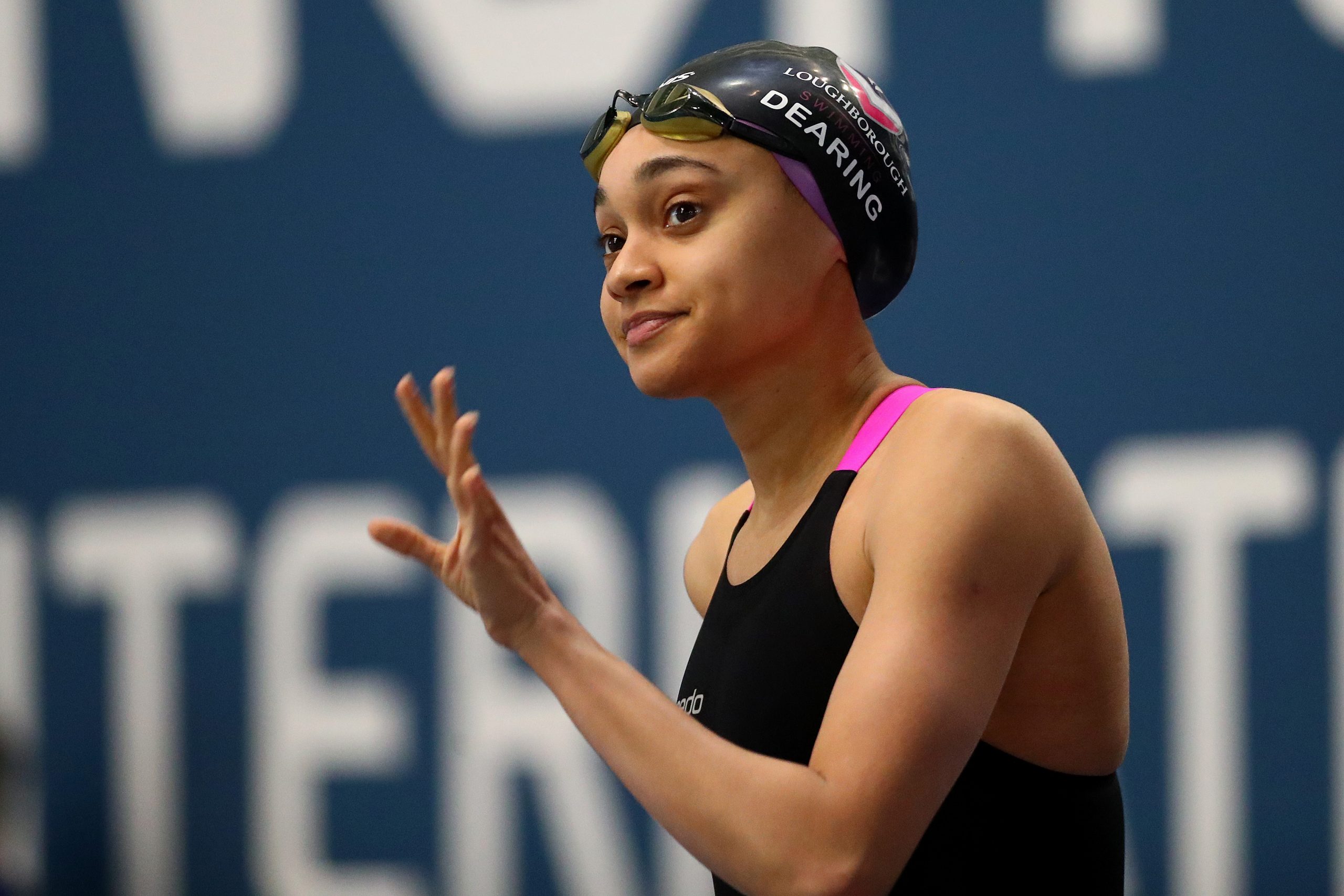 WHEN Alice Dearing earned her ticket to Tokyo 2020 as the first black female swimmer to represent Britain at an Olympics, she spoke of “decades and decades of historical and cultural racism” in the sport.

The 24-year-old student will be only the third black British swimmer ever to compete for an Olympic medal.

“It’s a really exciting moment for myself and for black history and black culture,” she told reporters.

When it comes to diversity, swimming has a way to go.

In 2019, Swim England revealed to the BBC that only 668 of its 73,000 registered competitive swimmers identified as Black or mixed race.

Britain is not an isolated case. Swimming, particularly at elite level and in nations that bag most of the medals when the Games come around, has long been white-dominated.

According to the USA Swimming Foundation, 64 per cent of the country’s African American children, compared to 40 per cent of Caucasian ones, have little-to-no swimming ability.

The figure is 79 per cent among children from households with incomes of less than $50,000.

Access to pools, often involving membership of private clubs, has been one of the big barriers.

“Pools are expensive. Much more expensive than a soccer field or a basketball court,” retired US swimmer Matt Biondi, an 11-times Olympic medallist and former world record holder, told Reuters.

“It’s a country club sport, like tennis and golf, and it takes financial resources to develop swimmers. That’s the reality of it.”

When Eric ‘The Eel’ Moussambani of Equatorial Guinea turned up at the 2000 Sydney Olympics for the 100m freestyle, he had previously swum only in a 12 metre hotel pool available between 5 and 6am.

That he finished the distance, albeit in nearly two minutes, was a triumph over adversity not always highlighted in media coverage. He eventually lowered his personal best to under 57 seconds.

The landmarks for diversity in a core Olympic sport with the second most medal events after track and field have come comparatively recently.

The first black swimmer to win an individual Olympic medal was Curacao-born Enith Brigitha for the Netherlands in 1976 while the first to win gold was Suriname’s Anthony Nesty in 1988.

Nesty beat Biondi by one hundredth of a second in that 100m butterfly final in Seoul.

It took until 2004 for Maritza Correia to become the first black female swimmer to win an Olympic medal for the United States.

Compatriot Cullen Jones became the first black male swimmer to hold a world record in swimming in 2008, while Simone Manuel in 2016 was the first African-American woman to win Olympic swimming gold.

Manuel, who will be swimming in Tokyo, said in Rio she had felt the weight of history on her shoulders and paid tribute to those who had gone before.

“I’m super glad with the fact that I can be an inspiration to others and hopefully diversify the sport,” she said.

Dearing said she had experienced incidences of racism, including another swimmer’s coach referring to her in derogatory words.

She spoke of how struck she had been to see photographs from the 1960s of acid being poured into the pool of a whites-only hotel in the United States after civil rights protesters jumped in.

The Briton is also a co-founder of the Black Swimming Association (BSA), promoting water safety and campaigning to make swimming more inclusive and accessible.

Dearing said generations of black families had grown up convinced the best form of safety was to stay away from the water rather than learning to swim, and it was important to change that.

The campaigning also extends to the use of caps designed for bigger hair styles, currently not allowed in competition but under review by world body FINA after criticism in the run-up to Tokyo.

“I am really hoping that things can start to move forward and people can look at swimming and think it’s not just a sport meant for people of a certain race,” said Dearing. “It’s inclusive and black people can swim.”