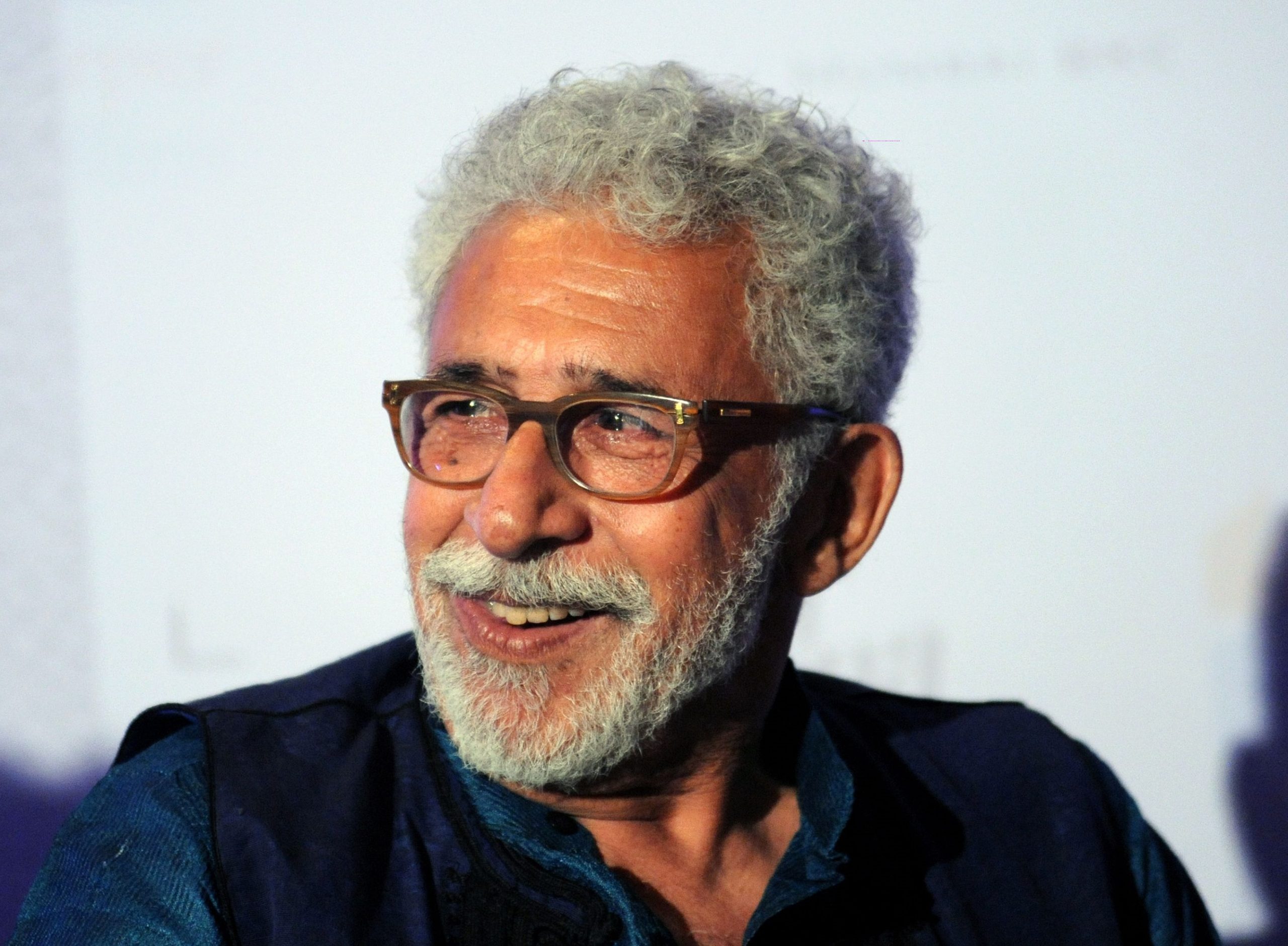 Naseeruddin Shah (Photo by STR/AFP via Getty Images)
Follow Us

Naseeruddin Shah is a veteran actor. He started his career with the 1975 release Nishant, and in these 46 years, the actor has featured in some amazing movies.

Shah is mainly known for his performances in offbeat films, famously known as the art cinema. However, he has been a part of many masala entertainers.

Today, Shah celebrates his 71st birthday, so let’s look at the list of five films in which he showcased his amazing comic timing…

When we talk about movies in which Naseeruddin Shah played a comedy role, we have to start the list with Jaane Bhi Do Yaaro. The 1983 release was a satirical black comedy, and it made us laugh out loud. Shah’s performance in the movie was simply fantastic, and though the film was released in 1983, audience still enjoys watching it.

Nowadays, we get to watch many horror-comedies, but even in the 90s, filmmakers were aware of the genre. Chamatkar, which was released in 1992, is undoubtedly one of the best horror comedies we have seen in Bollywood. Shah played the role of a friendly ghost in the movie and tickled our funny bone with his performance in it. The film also starred Shah Rukh Khan and Urmila Matondkar.

Jaane Tu Ya Jaane Na starred Imran Khan and Genelia D’Souza in the lead roles, and Naseeruddin Shah just had an extended cameo in the film. He played the role of Imran’s dead father, who used to interact with his wife through the photo frame. In the movie, Naseeruddin Shah’s real-life wife, Ratna Pathak Shah, played his reel wife, and their scenes in the movie were super funny.

Abhishek Chaubey’s Ishqiya starring Naseeruddin Shah, Vidya Balan, and Arshad Warsi was released in 2010. It’s a perfect romantic comedy, and Shah’s performance was surely one of the highlights of the film. The movie was a super hit at the box office and won many awards. A sequel to the film titled Dedh Ishqiya was released in 2014 but didn’t do great business at the box office.

Welcome Back was not as good as its first instalment Welcome. But, the multi-starrer did very well at the box office. Shah played the role of a Dubai-based don, and his scenes were surely quite hilarious in the film. The actor’s dialogue ‘Mazak tha Bhai Mazak’ is memes favourite.