The all-white team point towards a lack of diversity in the women’s game in England. 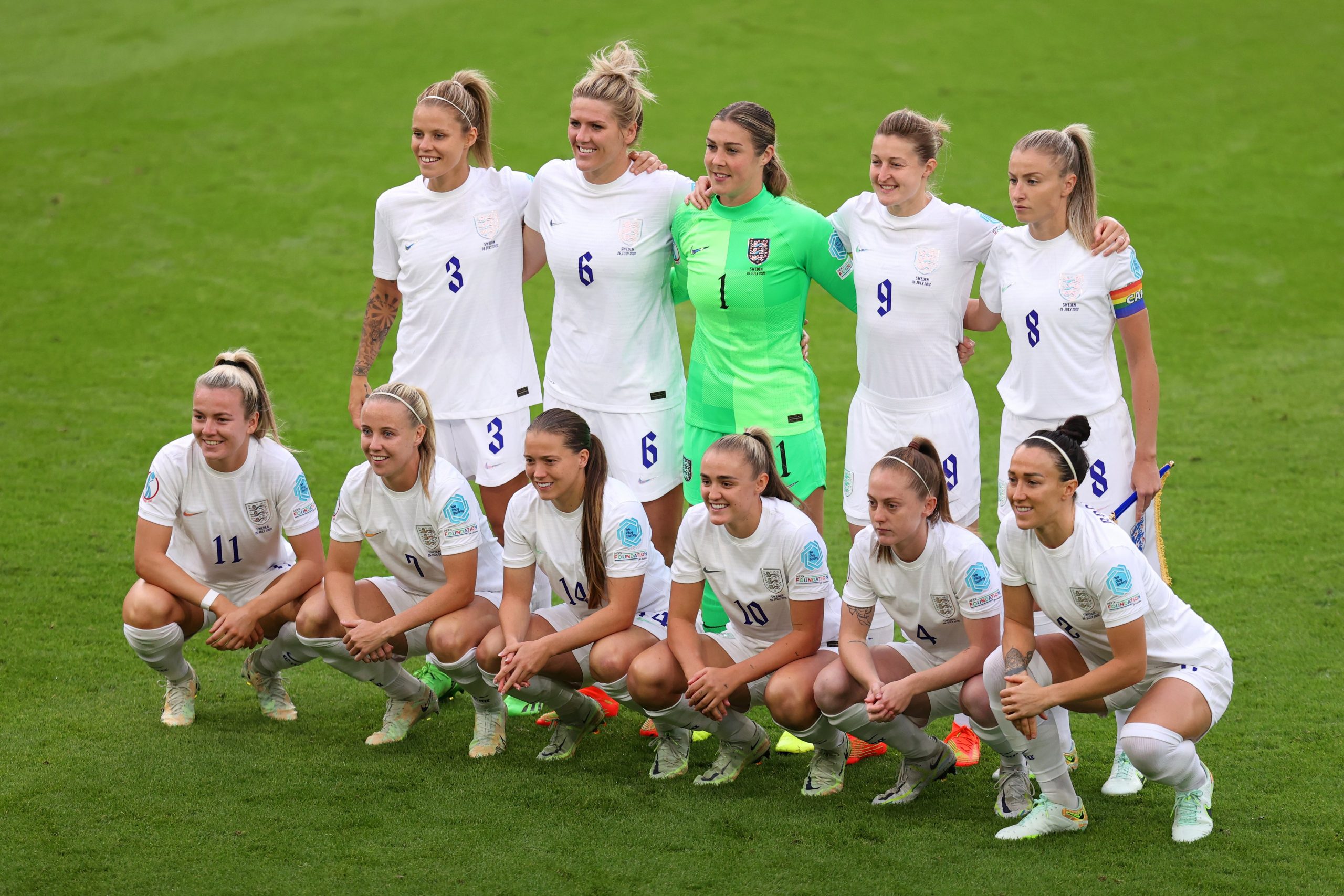 THE BBC received more than 200 ‘racism’ complaints over comments made by one of its football presenters about England’s Euros 2022 women’s team, The Telegraph reported.

TV broadcaster Eilidh Barbour said that England’s all-white Lionesses highlights the lack of diversity in the women’s game while discussing the team’s 8-0 win against Norway.

“It was an historic eight goal victory for England last night as the Lionesses secured their place in the quarter finals. But all starting 11 players and the five substitutes that came on to the pitch were all white. And that does point towards a lack of diversity in the women’s game in England,” Barbour, the former semi-professional with Partick Thistle FC, was quoted as saying by Telegraph.

Her comments came during the half-time of Denmark v Finland, ahead of a segment by former England player Alex Scott, which focused on the diversity of the national team.

However, the remark was not well received by the viewers as they said that ‘colour has nothing to do with it’, the report said.

One female fan said on Twitter: “Skin colour should have nothing to do with it. The players who are the best on the team are the ones who are played but the woke Eilidh Barbour just couldn’t help herself and had to virtue signal ad nauseam!”

A Nottingham Forest fan called Matthew, who described Barbour’s comments as “hypocritical”, wrote on Twitter: “Wow I’ve just seen what the BBC had to say after England Women’s Euros quarter final win this week – That the England team is too white!”

Later, Barbour defended herself saying that she is happy that the ‘conversation is happening’.

“I’m glad this conversation is happening. Football is a game for all. It has never been about criticising this #ENG team, it’s about looking to the future and the pathways so girls can all have the same opportunities to be a Lioness,” she wrote on Twitter.

I’m glad this conversation is happening. Football is a game for all. It has never been about criticising this #ENG team, it’s about looking to the future and the pathways so girls can all have the same opportunities to be a Lioness 🦁 https://t.co/gs506fiz10

The Women’s Euros 2022 episode drew 222 uninvited complaints, compared to 150 over the broadcasting of audible swearing by Wimbledon star Nick Kyrgios during a match on July 4.

Research presented by Leon Mann MBE at the ‘D-Word 4′ conference held by the Black Collective of Media in Sport revealed that Gareth Southgate’s England squad for last summer’s men’s Euros featured 11 players out of 26 – 42 per cent – of black or mixed heritage.

According to the Black Footballers Partnership – co-founded by QPR duo Les Ferdinand and Chris Ramsey, ex- Birmingham and Derby full-back Michael Johnson and former top-flight women’s player Eartha Pond – some 43 per cent of players in the Premier League are black.

The Stefan Szymanski report commissioned by the Black Football Partnership shows a massive drop-off when it comes to representation away from the field.

But when it comes to the Women’s Super League, the top division of women’s football in England, the Professional Footballers’ Association last week revealed just 29 out of the WSL’s 300 players – 9.7 per cent – are from a diverse ethnic background.

In Phil Neville’s England squad at the last Women’s World Cup, there were just two ethnically diverse players in the squad – Nikita Parris and Demi Stokes. The same two players are in Wiegman’s squad and remained unused substitutes in England’s win against Austria.

According to Sky Sports, these numbers provide a sharp reminder of the chronic under-representation issue at the elite end of the girls’ and women’s game.

FA director of women’s football Baroness Sue Campbell has said that meaningful change for diverse communities at the elite end of the women’s game could take years.

She added that the current system of Talent ID and recruitment excludes a lot of people.

The Premier League has given the Football Association £5.25m over three years to fund a new network of Emerging Talent Centres (ETCs), which the FA says will provide high-quality coaching to 4,200 girls aged eight-to-16 by the end of the 2023/24 season, up from 1.722, currently.

The Football Association launched the Discover My Talent referral scheme for female players in their early teens almost a year ago.

“We want it to be representative of the society we live in, and therefore, yes, we want it to feel and look different,” Campbell was quoted as saying by Sky Sports.