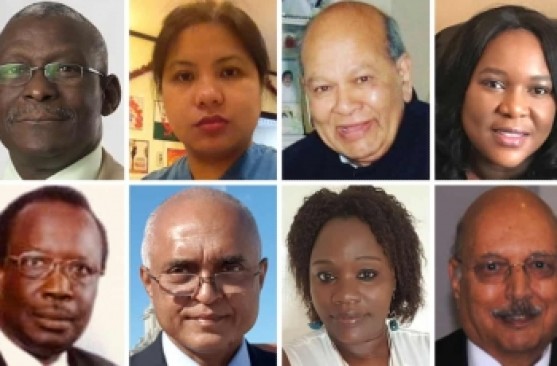 THE much-awaited Public Health England review on disparities in the impact of the pandemic has confirmed that the risk of dying due to Covid-19 is higher people from black, Asian and minority ethnic (BAME) groups than in white ethnic groups.

“Death rates from Covid-19 were highest among people of Black and Asian ethnic groups,” said the review published on Tuesday (2).

It noted that people of Bangladeshi ethnicity had almost twice the risk of death than people of white British ethnicity.

“People of Chinese, Indian, Pakistani, Other Asian, Caribbean and Other Black ethnicity had between 10 and 50 per cent higher risk of death when compared to white British,” it added.

The report said the link between ethnicity and health was “complex and likely to be the result of a combination of factors”.

People from BAME communities were likely to be at increased risk of acquiring the infection, it noted.

“This is because BAME people are more likely to live in urban areas, in overcrowded households, in deprived areas, and have jobs that expose them to higher risk,” it said.

“People of BAME groups are also more likely than people of white British ethnicity to be born abroad, which means they may face additional barriers in accessing services that are created by, for example, cultural and language differences.”

The review found that BAME people were more likely to be at increased risk of poorer outcomes once they acquire the infection.

For instance, the report said, some co-morbidities that raise the risks from Covid-19 were more common among certain ethnic groups.

“People of Bangladeshi and Pakistani background have higher rates of cardiovascular disease than people from white British ethnicity (23),” the report cited.

“Data from the National Diabetes Audit suggests that type II diabetes prevalence is higher in people from BAME communities.”

According to the analysis, diabetes had been marked on 21 per cent of death certificates that mentioned Covid-19.

“This finding is consistent with other studies that have reported a higher risk of death from Covid-19 among patients with diabetes,” the report said.

The percentage was found to be higher among Asian (43 per cent) and black groups (45 per cent).

A similar trend was noticed in the cases of hypertensive diseases, chronic kidney disease, chronic obstructive pulmonary disease and dementia.

The review also highlighted that people from deprived areas were more vulnerable to the coronavirus than those living in less deprived areas.

“This is greater than the inequality seen in mortality rates in previous years, indicating greater inequality in death rates from Covid-19.”

Notably, the review said the analyses did not account for the effects of occupation, comorbidities or obesity. “These are important factors because they are associated with the risk of acquiring Covid-19, the risk of dying, or both.”

Another key are the review looked at was the high death rate in care homes.

“There have been 2.3 times the number of deaths in care homes than expected between 20 March and 7 May when compared to previous years, which equates to around 20,457 excess deaths,” it noted.

“The number of Covid-19 deaths over this period is equivalent to 46.4 per cent of the excess suggesting that there are many excess deaths from other causes or an under-reporting of deaths from Covid-19.”

Age was the largest disparity factor, according to the review.

“Among people already diagnosed with Covid-19, people who were 80 or older were 70 times more likely to die than those under 40,” it highlighted.

Another major disparity revolved around the patient’s sex. “Working age males diagnosed with Covid-19 were twice as likely to die as females,” the report said.

The review concluded that most disparities – except high BAME mortality – were consistent with what was reported over previous years in the UK.