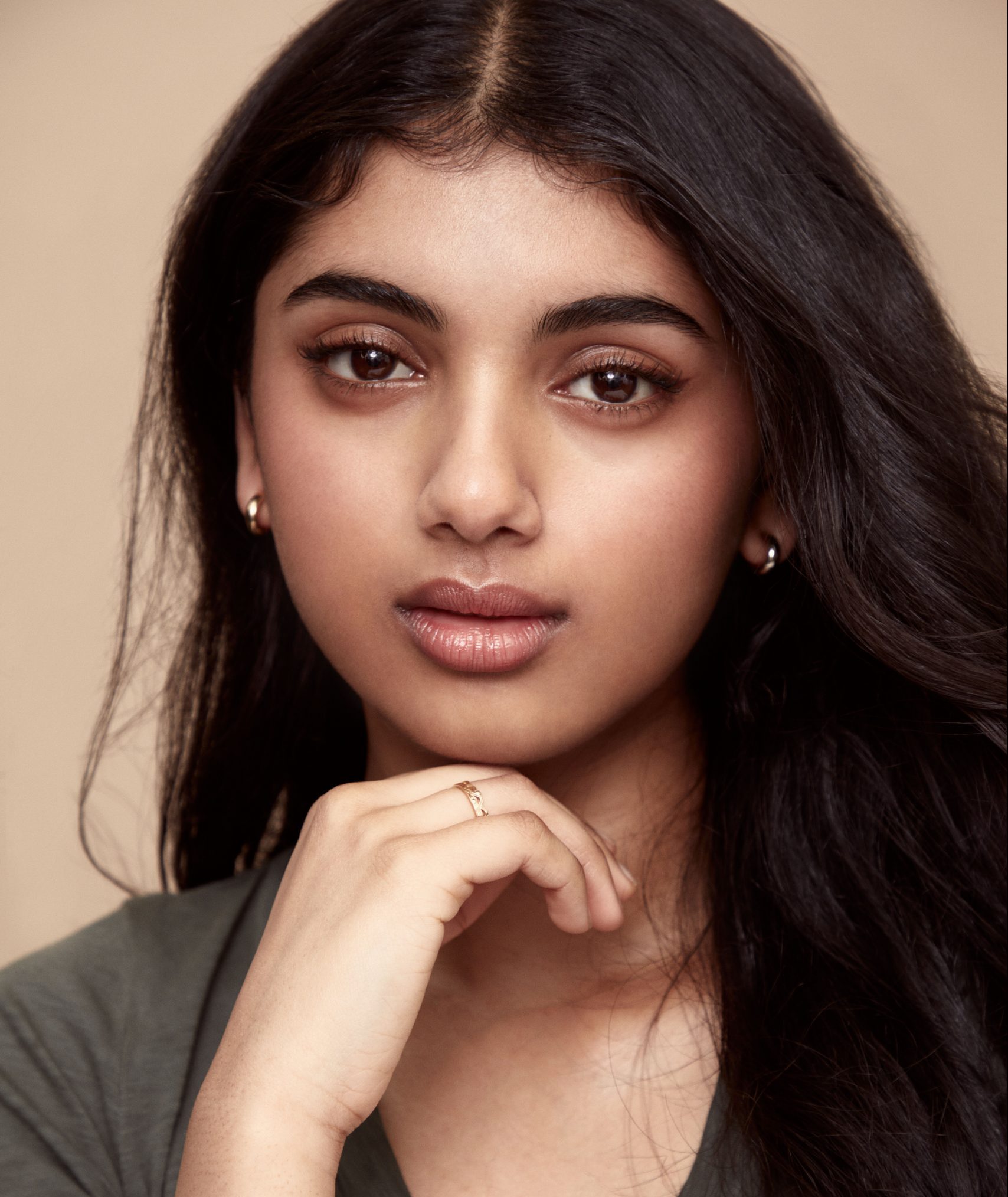 The talented American teenager found success in India at the age of 10 with a string of successful films, alongside big-named stars, and commercials across three years, before returning to the US. After strong supporting roles in Hollywood films, TV shows and high-profile theatre productions, the trained actress, fluent in English, Tamil, Spanish, Hindi, and Telugu, landed the lead role in recently released movie Spin.

The coming-of-age Disney drama sees her play the daughter of a widowed father who unexpectedly finds her calling in DJing. With more Hollywood projects on the way, including Senior Year, and plans to become a producer she has become one to watch.

How have you handled so many acting projects at a young age?
I have amazing, supportive people around me who help me make solid decisions and manage pressure. With them around me, I feel better about dealing with the relatively new aspects of being an actor in both India and America. Truly, a good support system makes all the difference. Also, it can be quite overwhelming to be working in two industries (Hollywood and Indian cinema), simultaneously. Feeling like I have to take every job that comes my way and worrying about spreading myself too thin, are emotions I am all too familiar with.

What helps you manage that?
I find that having role models who are successfully managing careers in two or more industries is so helpful. Looking at their career paths, I try my best to emulate them in my own work, while also staying true to myself.

What was it like moving back to America after three years of working in India?
I moved to India soon after I booked my first Telugu film. It was quite a transition as I had grown up in America, but it was a leap I had to take for my passion. My parents were also big supporters of my journey, so I remain very thankful to them. After three years of working in India, I decided to finally return to America because I felt that opportunities for people of colour were growing in Hollywood. I wanted to take a shot at pursuing my dreams in my homeland. After returning to the US, I realised that Hollywood had more acting roles and movies I was drawn to working in. I was determined to make a career for myself, and here we are now.

What was the experience of being a part of pathbreaking animated series Mira, Royal Detective?
I loved voicing an animated character. It was such an interesting experience. Watching your voice come to life in the format of a painting, of sorts, was so amazing. Aside from the voiceover aspect of the project, I was honoured to be a part of Disney’s first south Asian animated show. I met wonderful people and members of the south Asian community through Mira, Royal Detective – for that, I will remain eternally grateful.

How did you feel landing the lead role in Spin?
Unlike most “you booked it” calls, I was told that I got the role in the (audition) room! I was not expecting it at all because it’s not really a common practice to tell an actor that they booked the part in the room. As you can imagine, I was in tears and overwhelmed by the big news. I bet, somewhere in Disney’s archives, there’s a video of me crying in the room with my audition sides in my hands.

Tell us about your new film Spin?
Spin covers the journey of Rhea Kumar, an Indian American teenager coming of age and discovering her passions. Rhea struggles to juggle family, friends, responsibilities to her family’s restaurant, coding club, and her new-found interest in music, reignited by Max. Throughout the film, Rhea learns the importance of prioritising, keeping her morals, juggling various things on her plate, and aiming for the stars. It’s a beautiful, empowering story about a young girl who aspires to be a musician, and how she goes about it.

Tell us a little more about your character Rhea?
Rhea is a bubbly, determined, and extraordinarily loyal person. She is definitely relatable in the sense that she’s struggling with confidence and having trust in her capabilities – an obstacle many teenagers face. Her love for music and her perseverance is inspiring and I hope that those qualities will motivate viewers to take a leap of faith when it comes to pursuing their passion.

What was the biggest challenge of acting in the movie?
One of the main challenges I faced while playing Rhea Kumar was overcoming the nerves I had, of this being my first feature film in America. I didn’t want to let anyone down and wanted to ensure that I did my best job for this movie.

What was it like working with Bollywood actor Abhay Deol and British actress Meera Syal in Spin?
For being artists of such calibre, all of them are such humble and considerate people. They remind me to stay grounded no matter where the industry takes me. Abhay ji, Meera ji, and Aryan (Simhadri) are all such giving actors as well, it is an absolute pleasure to work alongside them.

Do you now have any DJing skills?
Preceding this film, I had absolutely no experience of DJing. However, I received nearly two months of training for this film from our wonderful music composer Marius and our on-set DJ VJ. The classes really helped me understand the fundamentals of beat-matching, song-selection, and gave me a much-needed insight into a DJ’s mind. By no means am I a professional DJ, but I’m glad I received such amazing training because it immensely helped me to get into Rhea’s character.

What music dominates your own personal playlist?
I love listening to r’n’b, 80’s pop, and jazz music.

What kind of roles do you want to play in the future?
I would like to be a part of empowering movies that shed light on important issues in our society. It’s very crucial for me to play roles in films that can truly make a difference.

Is it true that you are already thinking of producing?
Yes! I recently optioned the rights of a New York times best-selling trilogy of books. I would like to start off producing one of the books. I am currently in the initial stages of pitching the idea of the movie to producers and production companies.

What inspires you?
I don’t really know how to answer this question without sounding generic. But truthfully, people inspire me. People are so beautiful and the desire to tell stories to them and to tell their stories inspires me.

Why should we all watch Spin?
Watch Spin if you need a little boost in mood, daily inspiration, or just want to forget about the world for a minute.