The postal service, which came under heavy criticism including from the Australian communications minister, later issued an apology and took the sign down. 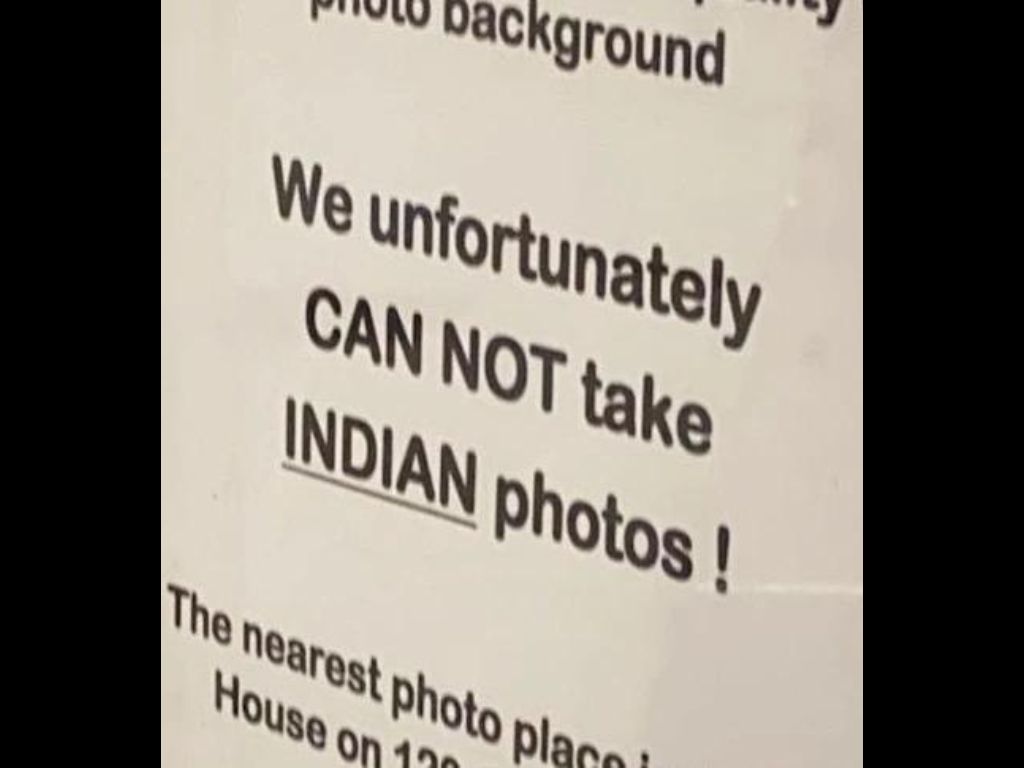 A sign post outside the Australia Post office in Rundle Mall in Adelaide has triggered a controversy, thanks to an allegedly racist tone. The incident, which surfaced on Wednesday (16), saw a wide criticism from the local Indian community as a result of which Australia Post issued an apology and took down the sign a day later after its management came to learn about it.

The sign read, ‘Due to our lighting and quality of photo background we unfortunately CAN NOT take INDIAN photos!’

The wording did not go down well with many, especially the Indians, and many community leaders and politicians slammed the sign and wanted it to be withdrawn.

Either this is a deliberate systemic racial jibe or everyone in the country needs to show a score of 8 bands in IELTS before taking up any job.@auspost #auspost pic.twitter.com/QA5bbLmzCc

Australian communications minister Michelle Rowland wrote to Australia Post to draw its attention over the row, as per reports. She called the message displayed “unacceptable”.

In her letter addressed to Australia Post’s chief executive officer Paul Graham which she posted on Twitter, Rowland said, “No one should be discriminated against because of the colour of their skin or where they are from. I seek your assurance that this is an isolated incident and your advice on what steps Australia Post will take to prevent similar incidents occurring.”

I will provide an update when I receive a response. pic.twitter.com/7TxOppCgAl

Rajendra Pandey, a leader of the local Indian community, said in an interview with TV9 Adelaide, “I thought they were actually talking about my colour, I took it personally and so did many others.”

Australia Post said they would soon take down the sign and also gave a clarification, saying the Indian consulate had earlier rejected a number of customers’ photographs provided by the post office.

Issuing an apology, Australia Post said they would soon take down the sign. They also issued a clarification, claiming that the Indian Consulate had previously rejected a number of customers’ photographs provided by the Post Office.

“We’re sincerely sorry for the offence caused by this unauthorised sign. While the intent of the sign was to prevent frustration resulting from rejected passport applications, the poor wording of the sign falls well below the standard expected from Australia Post team members,” the postal service wrote, according to India’s Times Now.

It also pledged to investigate the matter and take appropriate action.

According to abc.net.au, the controversial sign was made locally within the store and did not have the management’s approval. It was reportedly meant to inform customers that it was not able to meet the requirements of Indian passport officials.