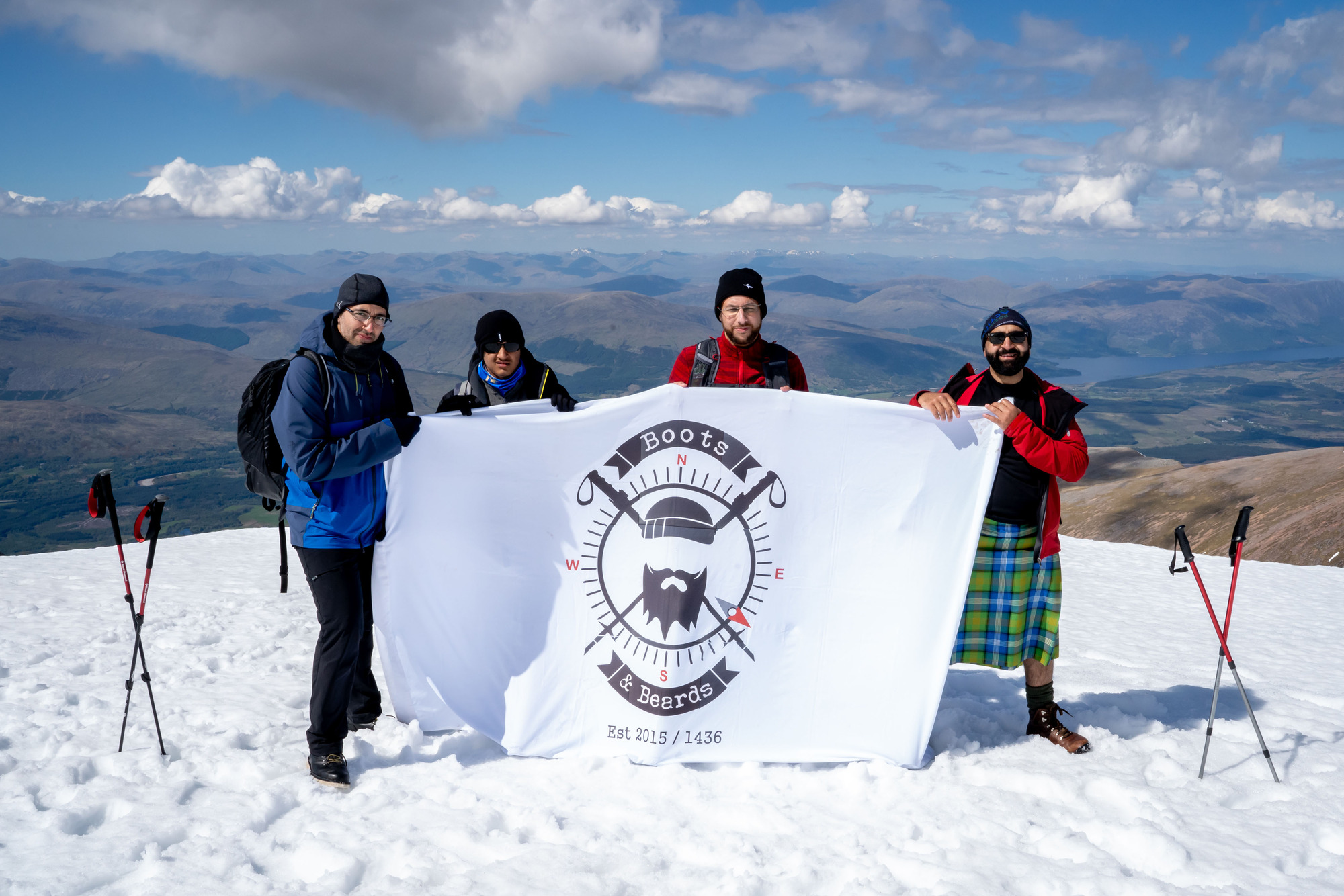 AN Asian hillwalking group which encourages people from ethnic minority backgrounds to explore nature has been featured in a new BBC documentary.

Boots & Beards is the focus of an episode in the Our Lives series, which aired earlier this month on BBC One.

Founded by Glasgow-based cousins Naveed Baksh and Kashif Butt in 2015, the group has attracted thousands of participants of all ages. Many families have taken part in hillwalking, with some even bringing their young toddlers along in backpacks.

Did Baksh dream of Boots & Beards reaching the milestone?

Baksh and Butt originally started walking after Butt suffered a health scare which saw him spend three weeks in a coma. He in hospital for three months.

Following his recovery, it made the cousins “re-evaluate their priorities”.

“As Asians, we’ve got this tendency of going 100 miles per hour,” Baksh explained. “You work hard for the sake of your kids, which is fine; it’s natural.

“But what you do in the process of doing that is you end up harming yourself and you lose those precious moments with your family. Those are things which are more valuable than money itself.”

Soon after, the men and their family began to go on fortnightly walks. It gave the family a chance to reconnect.

“I come from a very traditional family, and we used to meet all the time, but that fabric has been breaking down over the years, especially as people move into their own houses and move further apart,” Baksh said.

The family posted pictures on social media of their walks and people started showing an interest in joining them. At first, the cousins were unsure if they wanted to open the group to people outside the family. But the messages kept coming through and they realised the positive impact a hillwalking group could have on the community.

“We believe a positive community is a healthy community,” Baksh said.

The group has had a positive impact on many of the members’ lives.

One regular, Javid, said he never misses a walk with the group. His physical health has improved significantly since joining Boots & Beards, he said. “If it wasn’t for them, I would not be enjoying the beauty of Scotland,” he added. “I never knew this existed.”

It has helped those closer to home too. Baksh’s wife admitted she rarely left the house alone as she feels intimidated due to wearing a headscarf and “sticking out like a sore thumb”. Being part of the group has made her feel “empowered”, she said.

“(It is empowering) coming out as a group and Boots & Beards has facilitated that for us as Asian women,” she said.

The documentary also follows Baksh as he travels to Fort William, the small Highland town where his parents first settled after arriving in the UK from Pakistan.

Growing up, Baksh’s brother was part of a running group at the local high school. They would regularly climb Ben Nevis, the highest mountain in the UK which overlooked his home in Fort William.

Baksh didn’t have the opportunity to climb the mountain – until recently.

During filming for the BBC documentary, he made the climb and his eldest son accompanied him.  “I wanted (my son) to do this with me, as a father and son,” he said. “I wish I’d done that with my father.”

Baksh hopes that Boots & Beards shows the great outdoors is open to anyone, from any background or ethnicity. He said hill-walking is typically thought of as an activity for white, middle-class men. For instance, he noted that many national parks only use white people on their websites and brochures.

However, he hopes that Boots & Beards are making strides to change the narrative.

He added: “Nature doesn’t recognise colour; it is there for everyone.”

Boots and Beards – Our Lives is available to watch on BBC iPlayer now.