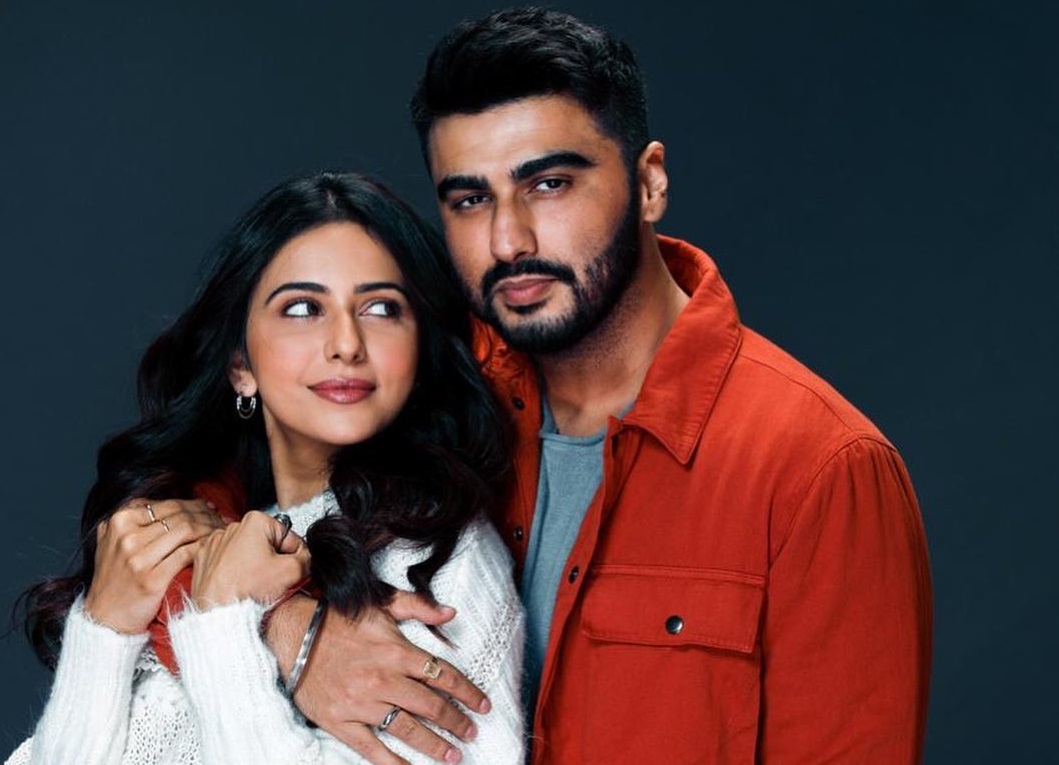 A few days ago, it was announced that Arjun Kapoor and Rakul Preet Singh will be seen in a movie together. The untitled film will be produced by Emmay Entertainment and T-Series and directed by Kaashvie Nair.

Yesterday, the shooting of the film kickstarted and Emmay Entertainment posted a few pictures on Instagram from the sets. He captioned the pictures as, “We are stoked to commence shoot of our 18th production starring @arjunkapoor @rakulpreet & @neena_gupta directed by @kaachua! ? #WaitForIt @onlyemmay @madhubhojwani @nikkhiladvani @TheJohnAbraham @bhushankumar @johnabrahament @tseries.official.”

We must say that Arjun and Rakul look quite cute together.

The makers are yet to announce the title and the release date of the film. While talking about the movie, Nikhhil Advani of Emmay Entertainment had earlier stated, “It is a coming-of-age, cross-border love story, beautifully written by Anuja Chauhan, Amitosh Nagpal and Kaashvie. It will be shot extensively in Punjab and Los Angeles and will feature Arjun and Rakul in never-seen-before avatars. We will be locking the title and the release date soon.”

Arjun Kapoor had stated, “I have grown up in a joint family so I understood that it’s the biggest pillar of love, strength and support. That’s the essence of our film, which has its heart in the right place. I’m having a blast even during the prep.”