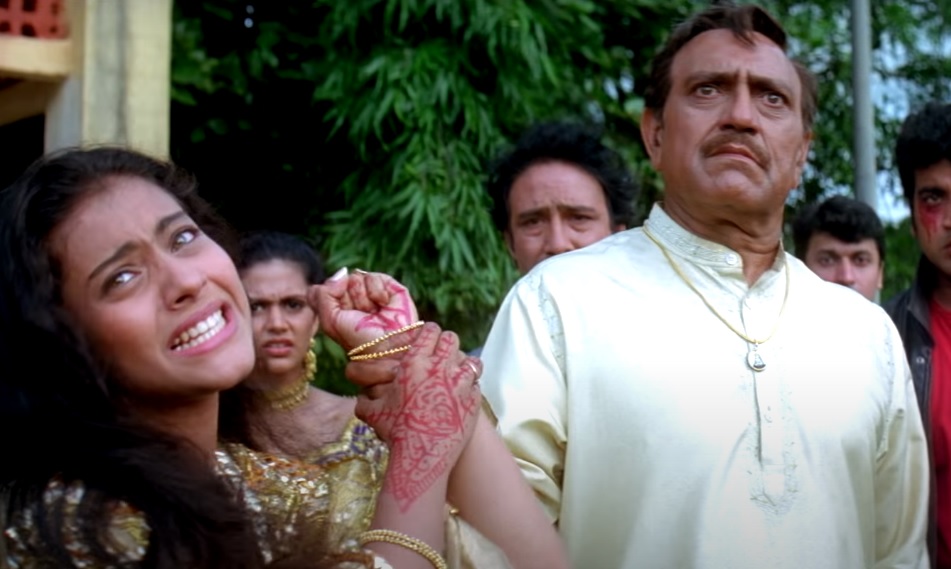 Amrish Puri was undoubtedly one of the most talented actors in Bollywood. In his career spanning more than three decades, he has played multiple characters and was mainly known for portraying negative roles.

Today, on his 88th birth anniversary let’s look at the list of five most memorable characters played by the late legendary actor…

When we talk about Amrish Puri’s memorable characters the first one on the list has to be Mogambo from the film Mr. India. The movie released in 1987 but we still remember the actor’s evil smile when he said, ‘Mogambo Khush Hua’.

Dilwale Dulhania Le Jayenge is surely one of the best romantic films made in Bollywood. The movie is still running at Maratha Mandir, a theatre in Mumbai, India. While there were many amazing scenes in the film, but most iconic one has to be when Bauji lets Simran go and says, ‘Jaa Simran Jaa Jee Le Apni Zindagi…’

Rajkumar Santoshi’s Damini was filled with some amazing performances. Meenakshi and Sunny Deol were awesome, but even Amrish Puri left a mark with his negative role as the lawyer Indrajit Chaddha. His confrontation scenes with Sunny Deol in the court were one of the highlights of the film.

In 1986 release Nagina, Amrish Puri played the role of Bhairon Nath, a sadhu who can control the snakes. He was amazing in the film and the dialogue mouthed by the legendary actor ‘Aao Kabhi Haveli Pe’ is still remembered by one and all.

Sunny Deol and Amrish Puri have starred together in many films. In 2001, the two actors collaborated for Gadar: Ek Prem Katha in which the late actor played the role of Ameesha Patel’s father. His negative role once again impressed everyone.