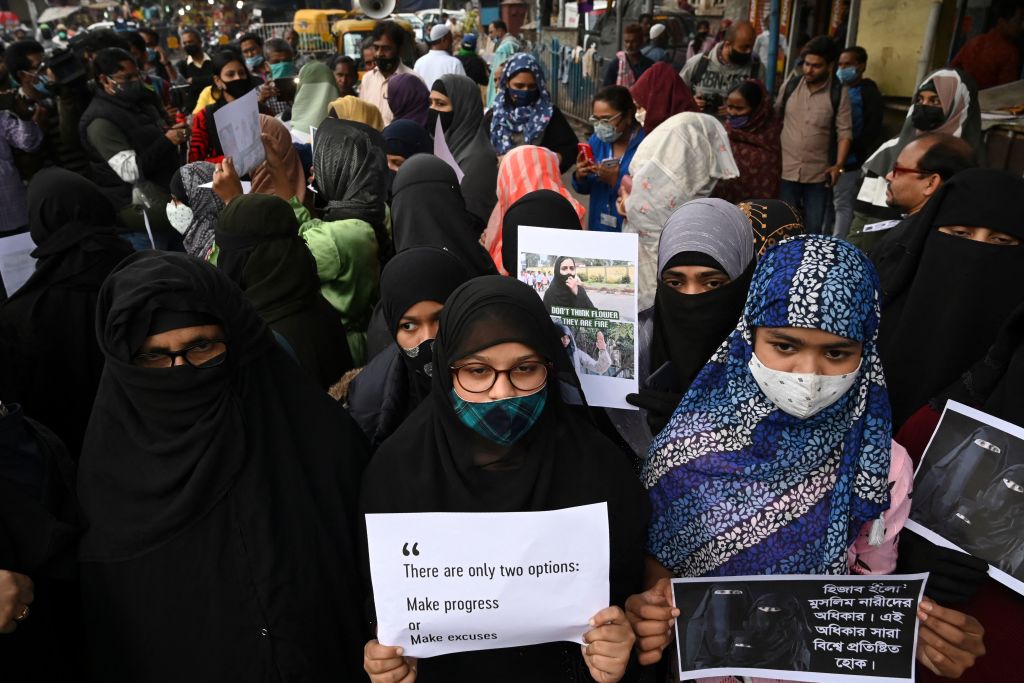 Muslim women hold placards during a protest against the recent hijab ban in few educational institutes of Karnataka state, in Kolkata. (Photo by DIBYANGSHU SARKAR/AFP via Getty Images)
Follow Us

INDIA’S home minister said he favoured students wearing uniforms in school rather than any religious attire, but that his position might change once a court decides on the merits of a ban on the hijab in schools in the state of Karnataka.

The ban imposed by Karnataka on Feb. 5 has sparked protests by Muslim students and parents, and counterprotests by Hindu students, forcing authorities to close schools there earlier this month.

Muslims, who form about 13 per cent of India’s 1.35 billion population, have denounced the curbs on the hijab – traditional attire worn by Muslim women which covers the hair and neck – as another sign of their marginalization in the mainly Hindu country.

Home minister Amit Shah told the Network18 Group in an interview to be aired on Monday night that he would accept any court verdict on the matter.

“It is my personal belief that people of all religions should accept the school’s dress code,” he said.

The High Court of Karnataka will resume hearing the advocate-general of the state on Monday (21) defending its ban after several Muslim students challenged the decision.

Karnataka’s move has also led to protests in some other parts of the country and drawn criticism from the United States and the Organisation of Islamic Cooperation.