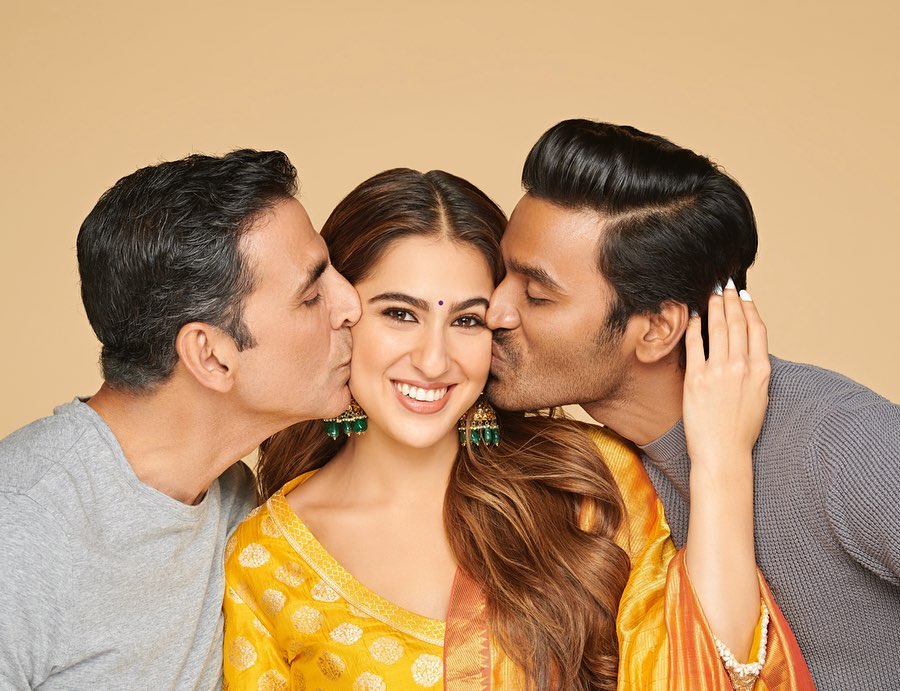 Aanand L Rai, who last directed Shah Rukh Khan starrer Zero, is all set for his next film. The filmmaker’s next is titled as Atrangi Re and stars Akshay Kumar, Sara Ali Khan, and Dhanush in the lead roles.

Well, the shooting of the film kickstarts today and Colour Yellow Productions took to Instagram to inform everyone about it. They posted, “The beginning of a new journey! @AanandLRai’s directorial #AtrangiRe starring @AkshayKumar, @DhanushKRaja & @SaraAliKhan95 goes on floors today! An @arrahman musical. Presented by @bhushankumar’s @Tseries.official, @cypplofficial & #CapeOfGoodFilms, the film is written by #HimanshuSharma. The film will be releasing on Valentine’s Weekend. @Tseriesfilms.”

Atrangi Re is slated to hit the screens on Valentine’s Day next year. It is said that the film is set in two eras and Sara will be seen romancing Akshay as well as Dhanush in the film. Earlier, there were reports that Akshay will be seen in a cameo in the movie. However, Aanand L Rai had cleared that it’s not a cameo, but a very special role.

While this will be for the first time Rai will be directing Sara and Akshay, he has earlier worked with Dhanush in Raanjhanaa which had marked the actor’s debut in Bollywood. We are sure fans of Dhanush would be super excited as he has once again collaborated with Aanand L Rai.

Well, Atrangi Re is surely one of the most awaited films of 2021.