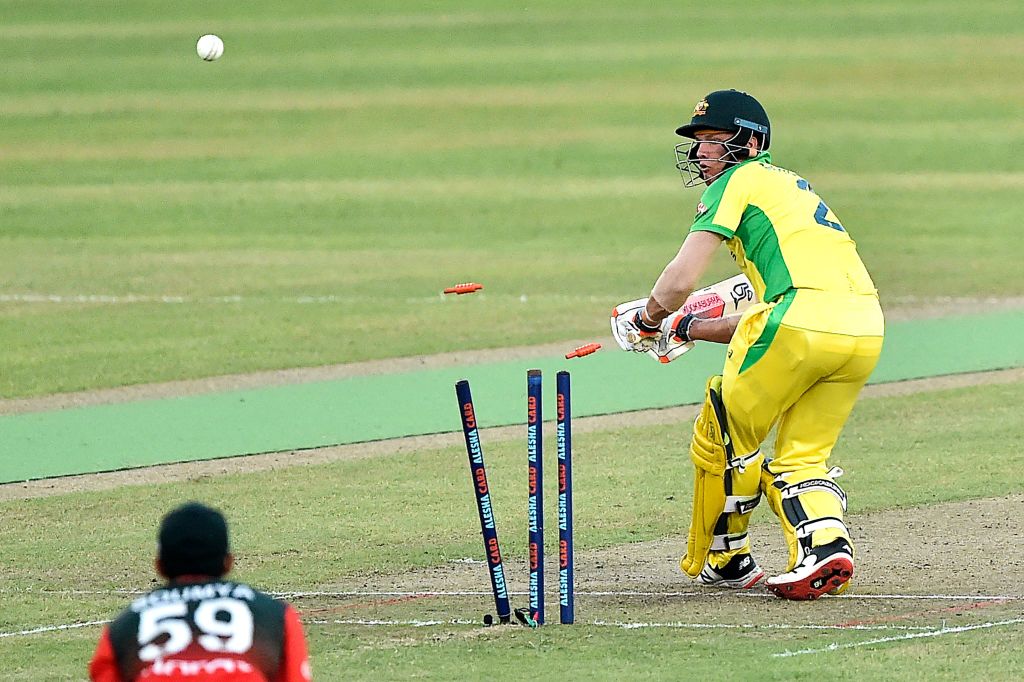 Australia’s Josh Philippe is clean bowled by Bangladesh’s Mustafizur Rahman (not pictured) during the second Twenty20 international cricket match between Bangladesh and Australia at the Sher-e-Bangla National Cricket Stadium in Dhaka on August 4, 2021. (Photo by MUNIR UZ ZAMAN/AFP via Getty Images)

AFIF Hossain and Nurul Hasan steered Bangladesh to a 2-0 lead over Australia in the Twenty20 series with an emphatic five-wicket win on Wednesday (4).

Chasing 122 for victory, Bangladesh rode on an unbroken 56-run sixth-wicket partnership between Afif, who hit 37, and Nurul, who made 22, to achieve their target with eight balls to spare in Dhaka.

Shakib Al Hasan made 26 but Bangladesh were in trouble at 67-5 in the 12th over when Mahedi Hasan departed, stumped off Adam Zampa for 23.

Bangladesh, who recorded their first-ever T20 win over Australia in the previous match, have won two successive games against their opponents for the first time across formats.

Shakib Al Hasan helped the hosts fight back with his 17-ball knock and a partnership of 37 for the third wicket with Mahedi.

But the 21-year-old Afif showed maturity to thwart the opposition bowling along with Hasan, a wicketkeeper-batsman, and take the team home.

Earlier, pace bowler Mustafizur Rahman took three wickets to restrict Australia to 121-7 despite 45 by Mitchell Marsh, who got the same score in his side’s opening loss of the five-match series on Tuesday (3).

Marsh put on 57 for the third wicket with Moises Henriques, who scored 30, after the departure of the two openers.

Marsh was caught behind off fast bowler Shoriful Islam before Mustafizur struck twice on successive deliveries to send skipper Matthew Wade back for four and Agar for nought.

The third T20 is on Friday (6) with all the matches to be played at the same venue.