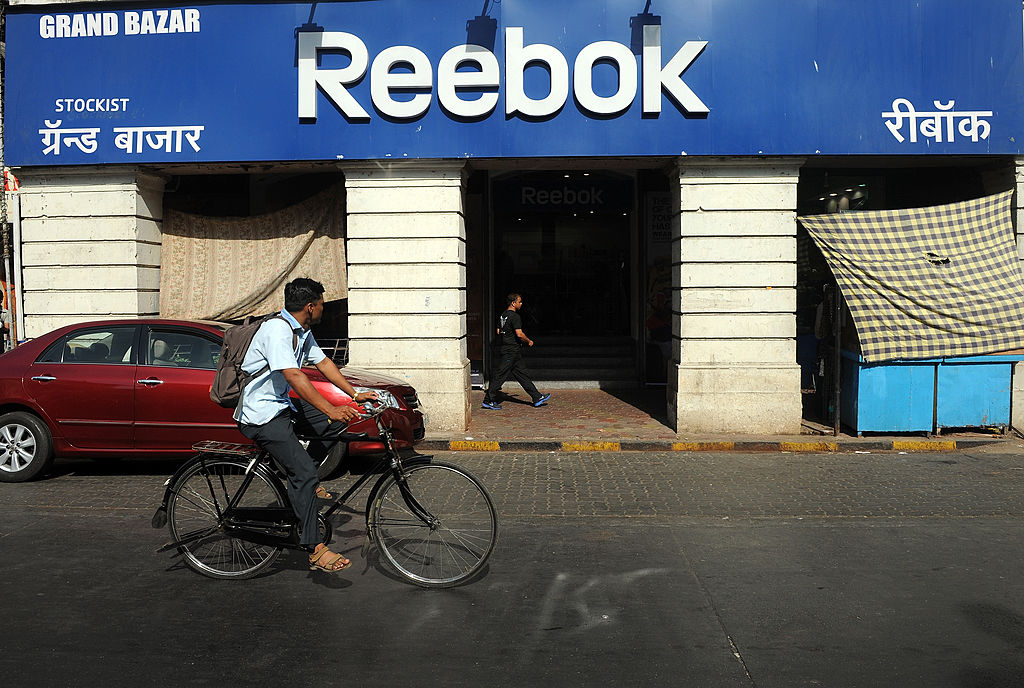 A cyclist rides past a Reebok store in Mumbai, India. (Photo by INDRANIL MUKHERJEE/AFP/GettyImages)

The deal marks ABFRL’s entry into the fast-growing sports and active wear segment in India which has been growing rapidly over the last few years due to the youth’s rising health consciousness and the adoption of active lifestyles. The segment is expected to grow to $13 billon (£9.8 billion) by FY24 at an annual growth rate of 14 per cent.

Reuters reported that the deal will be effective once the global ownership of Reebok is transferred from Adidas to Authentic Brands Group under an acquisition under 2.1 billion euros (£1.7 billion) announced in August.

A number of top fashion retailers from India have eyed top brands this year with a target of strengthening their positions in one of the country’s quickest growing segments, the Reuters report said.

It said the long-term licensing deal also gave it exclusive rights to sell Reebok products in India as well as other Southeast Asian nations.

ABFRL is likely to spend around Rs 750 million (£7.4 million) to Rs 1 billion (£10 million) to buy Reebok’s inventory and other current assets and liabilities, the Reuters report said.

ABFRL runs more than 3,000 stores in India and is the exclusive retailer for Forever 21, American Eagle Outfitters and Ralph Lauren branded clothes and others in the country.