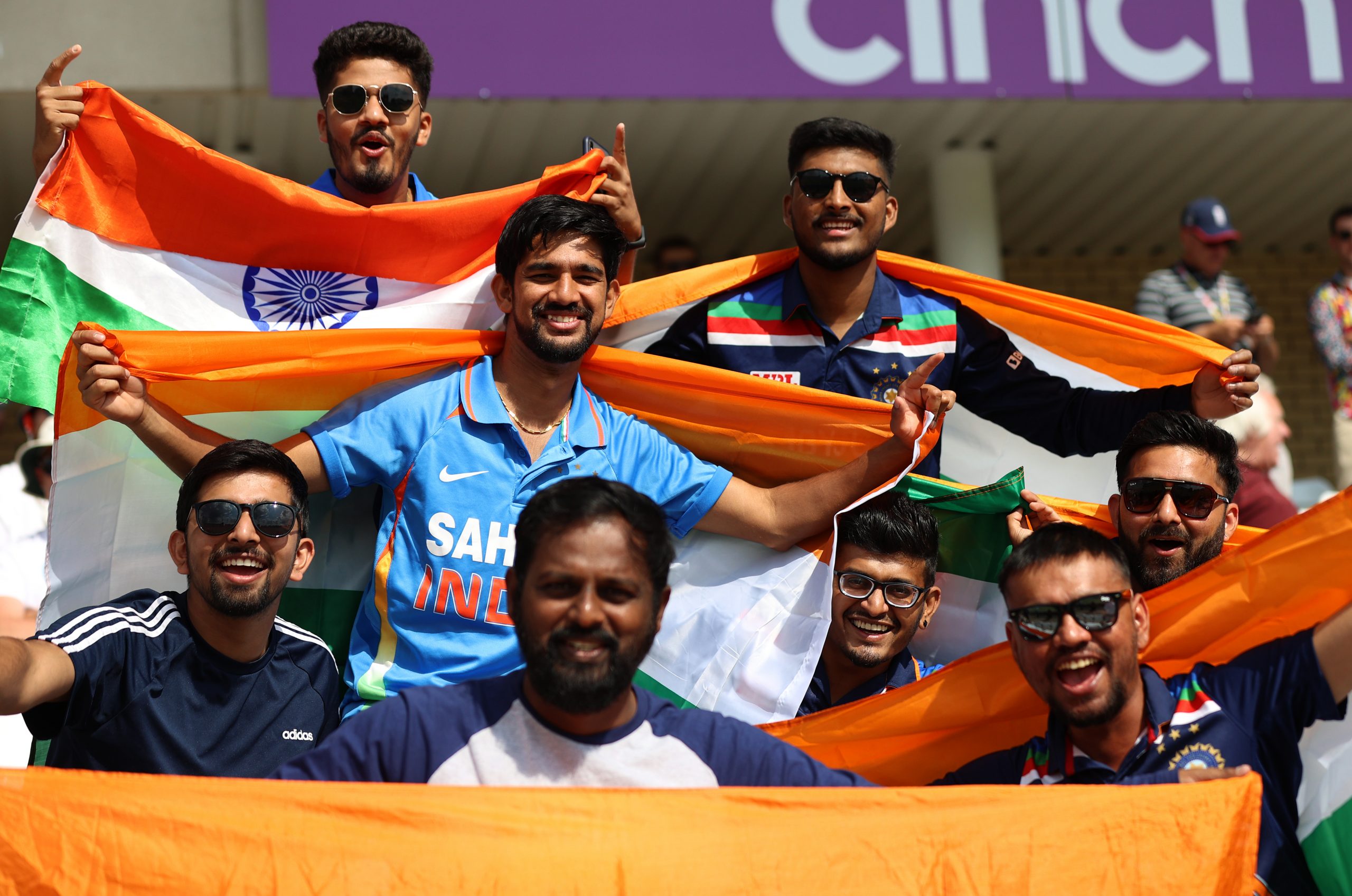 Three flags fluttering above the pavilion of London’s Oval cricket ground neatly symbolised the interchangeable identities of Britain’s ethnic minorities at the fourth Test between England and India on Thursday.

A British Union Jack flew highest in the middle, flanked by England’s Saint George’s Cross and an Indian tricolour, as the teams resumed a gripping five-match series tied at 1-1.

Despite being born and raised in the UK, many cricket fans of Indian origin came to cheer on Virat Kohli’s men rather than Joe Root’s England side.

“It gives us togetherness as friends and family — it’s not a tribal thing,” explained financial adviser Ronak Paw, 38.

“It’s our heritage. It’s not like we hate England. When England play anyone else, we support England,” he added.

Britain has a long history of immigration from Commonwealth countries including India, with large numbers arriving after World War II to fill labour shortages and rebuild the country.

Generations of British Asians have since become part of the fabric of society.

Finance minister Rishi Sunak is of Indian origin and 2.5 percent of people in England and Wales identified as ethnically Indian in the last census.

But a complex mix of cultural factors — especially cricket’s central place in Indian culture — means many Britons with Indian heritage support the country of their forebears.

“It’s a cultural thing, nothing to do with the country itself. I feel divided because 90 percent of the year you’re supporting England,” he added.

In 1990, former UK government minister Norman Tebbit announced a controversial benchmark to judge whether ethnic minorities had integrated into British society based on their cricketing loyalties.

But the so-called “Tebbit test” dismayed numerous UK-born India fans who saw no contradiction between being British and backing India’s cricket team.

“There’s nothing to prove our commitment to Britain or England by supporting the national team,” insisted Paw.

“We pay our taxes here, we were born here, we live here — what proof do we need that we are British?”

“In football you support England, in cricket I support my homeland — there’s no conflict,” he said.

“The world is multi-national now. Norman Tebbit has gone past his sell-by date.”

The debate divides opinion within minority communities as some cheer for their country of birth based on personal circumstances, often pitting them against friends and relatives.

Yet others see these fluid identities as a positive way of engaging minority communities in cricket, selling out stadiums and making the sport more accessible.

“It’s a friendly rivalry. Cricket is competitive but everyone gets on with everyone. You can feel comfortable supporting whichever team,” said marketing worker Jazz Sidha, 52.

“Where you live has nothing to do with your nationality or your heritage — you cannot dictate that,” he added.