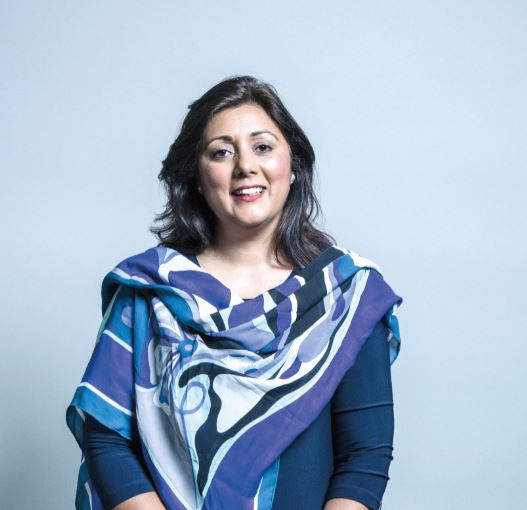 Nusrat Ghani, the MP for Wealden, is a rising Tory star, and she is making history as she climbs each ladder of her political career.

First elected in 2015, Nus is the first female Muslim MP from the Conservative Party, and she became the first female Muslim to speak from the dispatch box in the House of Commons in January 2018, after being appointed a minister in the transport department. In between, she made another first, repeating her oath in Urdu when she was sworn into parliament after the June 2017 snap election.

“Oath proudly taken in both English and Urdu to honour my mum,” she wrote on Twitter. Her mother had no formal education and 46-year-old Nus is the first female in her family, Kashmiris migrated from Pakistan, to go to school. In 2015, her father interpreted that proud moment of the family for his wife, and when she returned with a higher margin two years later, Nus wanted to speak in a language her mother understands.

Nus’ is a story of defying expectations. Leave aside politics, she was not expected to go for higher education either. “Actually, there was pressure not to go to college and university. But I was undeterred,” she had told the Evening Standard.

Nus went on to study politics at Birmingham City University and take masters in international relations from Leeds University. She worked for charities Age UK and Breakthrough Breast Cancer, and later at BBC World Service, before joining the Conservatives in 2009. She took the electoral plunge next year, standing in Birmingham Ladywood, which turned out to be a contest to become Britain’s first female Muslim MP. The honour went to Labour’s Shabana Mahmood.

As an MP, Nus has attracted wide attention when she proposed a bill to ban the term ‘honour