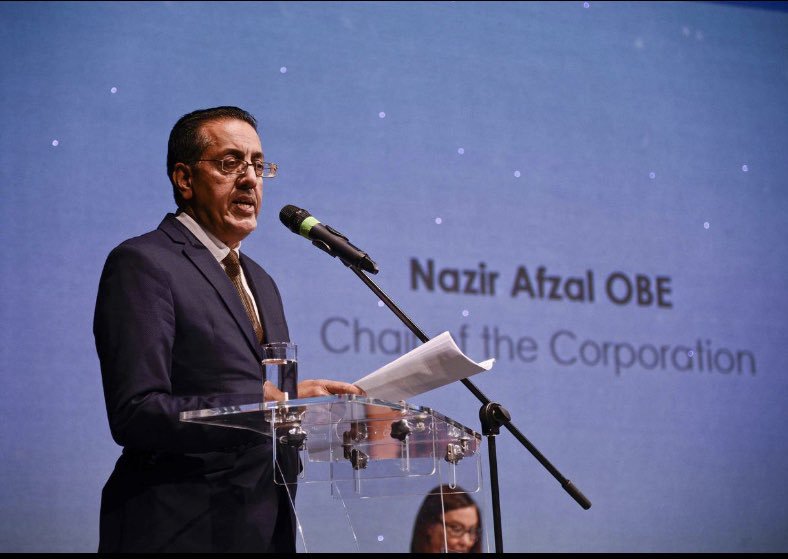 The Brummie son of Pashtun immigrants from northern Pakistan, Nazir Afzal is the lawyer famous for re-starting the prosecutions of the Rochdale Muslim grooming-gangs after the CPS had abandoned the cases – allegedly out of fears over “political correctness”.

One of the UK’s most outspoken lawyers, who now works independently and as a consultant – his hotly-awaited memoir, The Prosecutor, will be published in Spring 2020 – Afzal is dedicated to eradicating crimes against women and is a crusader against everything from forced marriage , honour-killing and female circumcision, to grooming and rape:

“Somebody questioned why I focus on eliminating violence against women. I say: No tool for development more effective than empowerment of women. No other policy does more for the economy, mortality, equality, health, education and reducing conflict,” he says, before adding, “Oh, it’s also the Right Thing To Do.”

Born in 1962 (he has just turned 57) Afzal grew up in Small Heath in a two-up two-down terraced house with seven siblings, and suffered a childhood of racist abuse that he recalls with laconic humour: “When I kept getting called names I said to them, ‘Sticks and stone will break my bones, but words will never hurt me’, so they stopped talking to me and just beat me up instead.”

Following university and law school he worked for two years defending clients before turning gamekeeper and joining the Crown Prosecution Service (CPS) in 1990, moving to London and rising to the position of assistant chief by 2001. Ten years later he moved to Manchester, where he still lives, to become chief crown prosecutor for northwest England.

It was there that he successfully took on high-profile paedophiles such as Stuart Hall, and also the grooming gangs. For the latter he took criticism from both Muslims, who resented the