24 dead in Karnataka hospital due to oxygen shortage 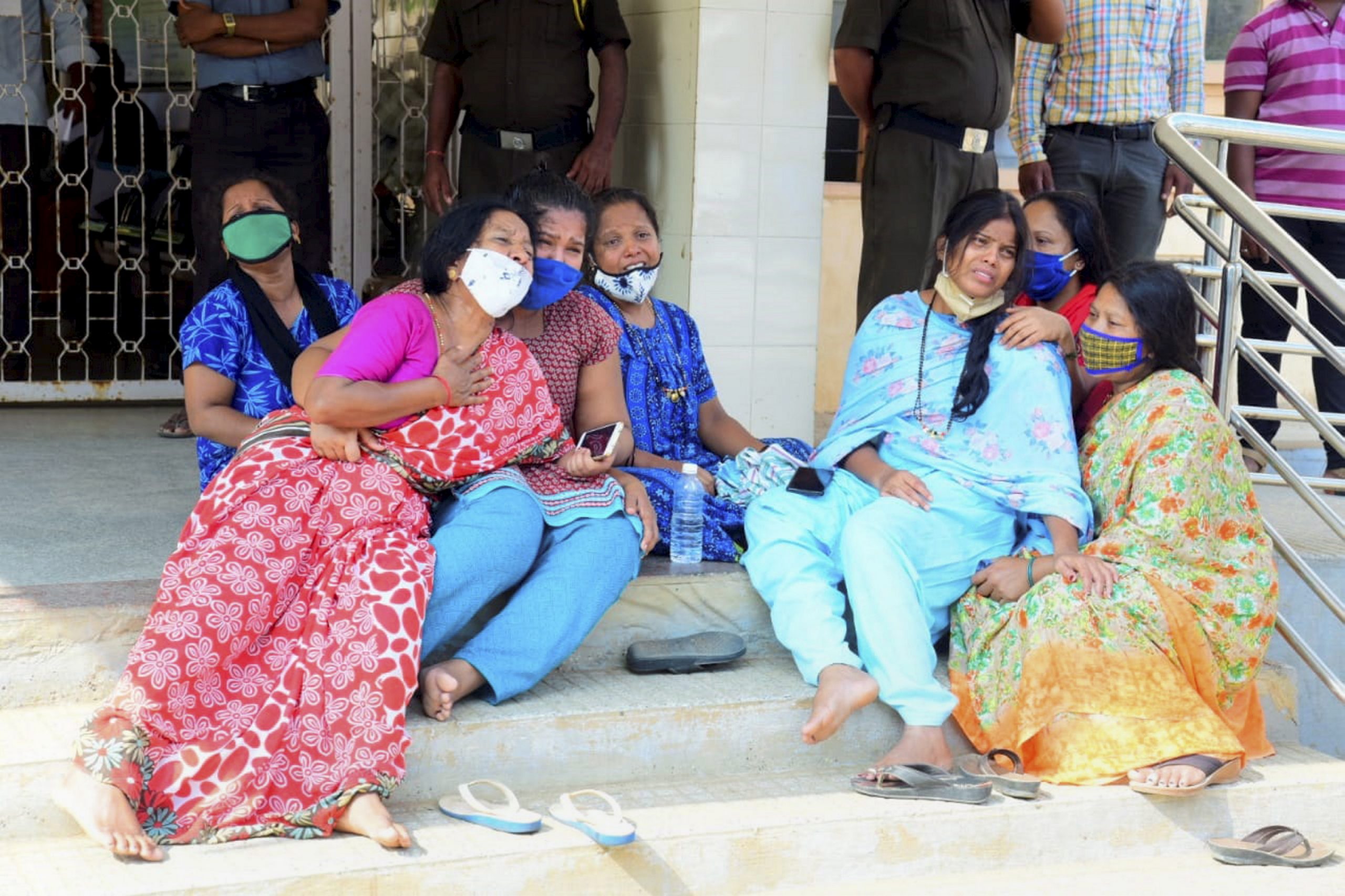 Relatives grieve after 24 Covid- 19 patients died in a hospital, allegedly due to shortage of oxygen, in Chamarajanagara district of Karnataka. (PTI Photo)
Follow Us

AS many as 24 patients including 23 with Covid-19 died in Karnataka’s Chamarajanagar due to alleged oxygen shortage in the district hospital in the last 24 hours, officials said.

Family members of the dead also staged a demonstration at the hospital and alleged there was a shortage of oxygen while they raised slogans.

Chamarajanagar district in-charge minister S Suresh Kumar, who is also the primary and secondary education Minister, said he has ordered a death audit report from the district administration into the incident.

He, however, maintained that all the deaths did not occur due to oxygen shortage.

“Its not appropriate to say that all the 24 deaths happened due to oxygen shortage. These deaths had happened from Sunday morning to this morning. The oxygen shortage happened in the wee hours of Monday (3) – from 12.30 AM to 2.30 AM,” Kumar told reporters.

Chief minister BS Yediyurappa too called the deputy commissioner of the district and obtained information about the incident.

Kumar said the death audit report would detail what these patients were suffering from, whether they had any comorbidities and in which state they were brought to the hospital.

“All the people who died may not have died due to oxygen shortage,” he added.

According to him, there is a stock of 6,000 litres of Liquid Medical Oxygen (LMO) but there was a need for oxygen cylinders.

“The cylinders were supposed to come from Mysuru but there was some glitch,” Kumar said.