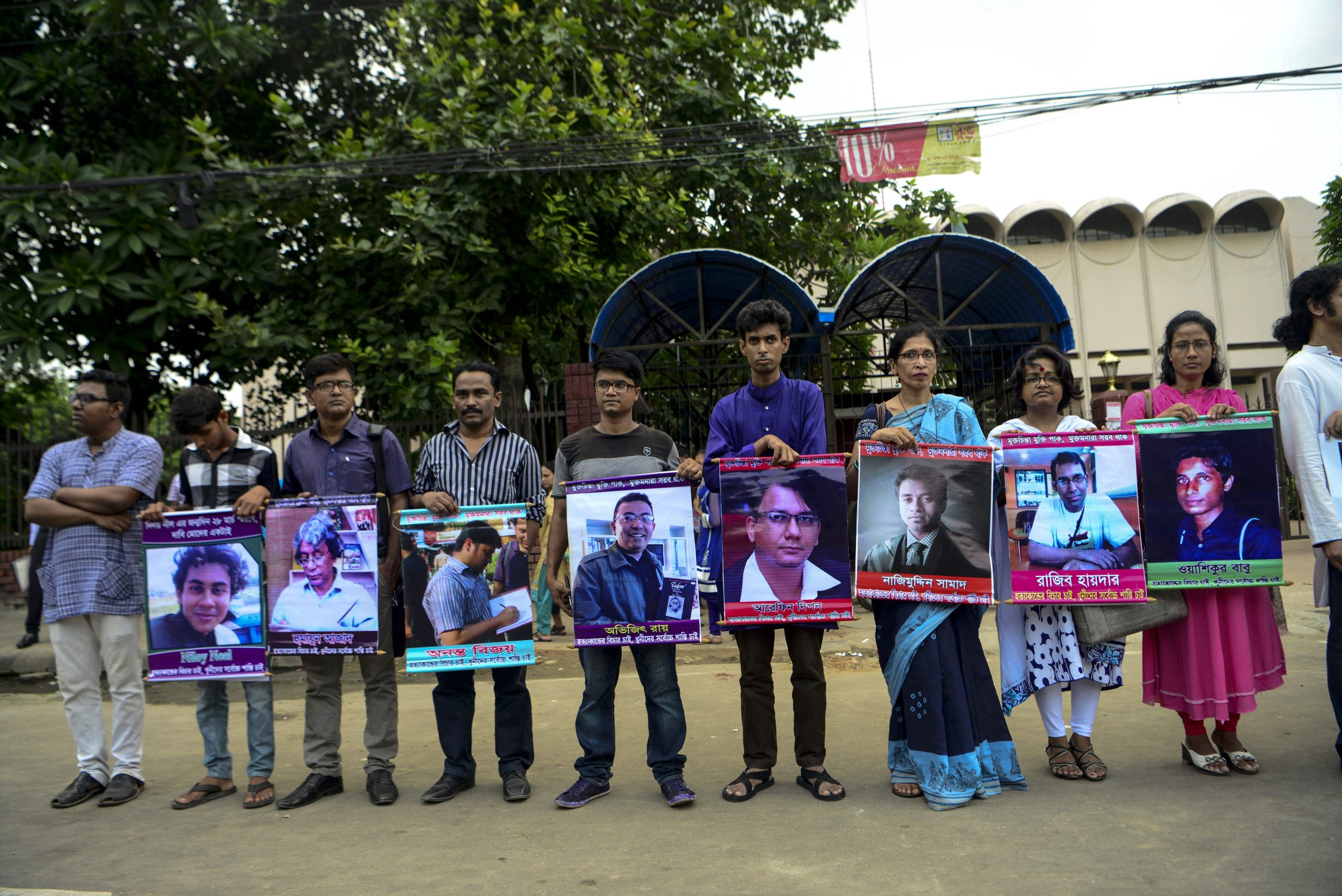 An anti-terror court in Bangladesh sentenced four people to death Wednesday for killing an atheist blogger seven years ago when the country saw a spate of murders of secular and gay activists by suspected Islamist extremists.

Ananta Bijoy Das, 33, whose writing was critical against Islam and other organised religions, was hacked to death by a group of masked men in front of his home in the northeastern city of Sylhet in May, 2015.

He was a regular writer for the Mukto-Mona blogsite, which was launched and moderated by Avijit Roy, a Bangladeshi-born US citizen who was hacked to death by Islamist extremists in the capital Dhaka in February the same year.

The special counter-terrorism Tribunal in Sylhet found four young men guilty of murdering Das, but acquitted a key Islamist suspect, prompting the family of the blogger to announce that they would appeal in a higher court.

Judge Nurul Amin Biplob said the four convicts were not connected with any Islamist extremist outfit, but he said Das was murdered because of his anti-religion, progressive and humanist writings, which “angered extremists”.

They killed him “in an effort to inject fear among similar scientific and progressive writers,” he said, according to a short verdict, a copy of which has been procured by AFP.

Das was among more than half dozen atheist bloggers, writers and gay rights activists killed by suspected Islamist extremists in a campaign between 2013 and 2016 which forced many secular bloggers and activists to flee the country.

A local Islamist group linked to the South Asia branch of Al-Qaeda initially claimed responsibility for most of the murders — a claim rejected by Bangladesh police.

Bangladesh has since launched a massive crackdown against the extremists, killing more than 100 suspected Islamist militants including their top leaders. Hundreds were detained.

Bangladesh is an officially secular country and more than 90 percent of its 169 million population are Muslims.

Death sentences are common in Bangladesh with more than 2,000 people currently on death row. All executions are carried out by hanging, a legacy of the British colonial era.