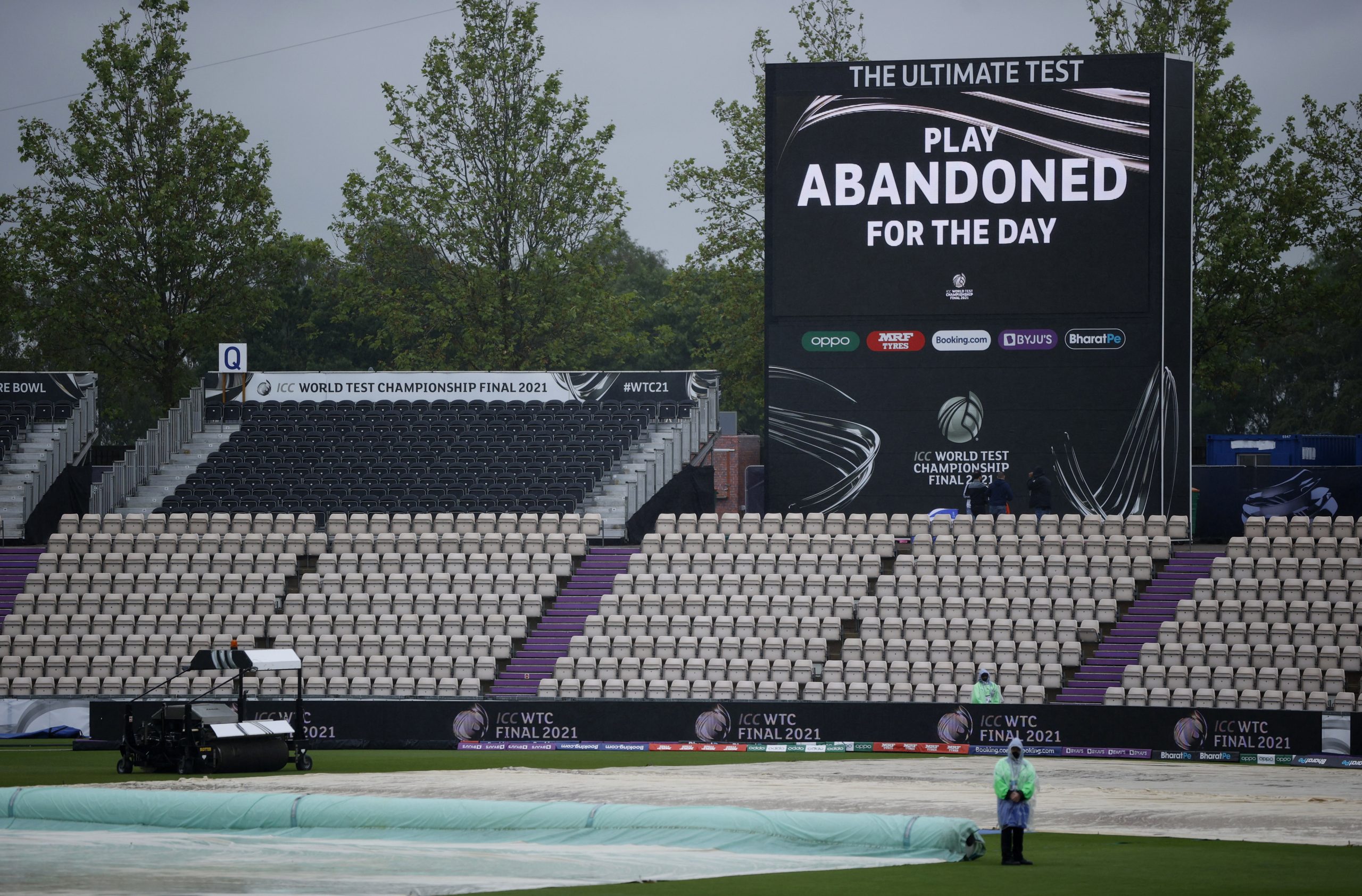 The big screen at Hampshire Bowl displays a message that opening day’s play of WTC final has been abandoned. (Reuters/John Sibley)

THE opening day of the inaugural World Test Championship final between India and New Zealand was washed out due to persistent rain in Southampton on Friday (18).

The toss should have taken place at 10:00 am local time (0900 GMT), but could not happen due to heavy overnight and early morning rain, which meant the pitch and square at the Hampshire Bowl remained fully covered.

Several more downpours hit the ground and it was no surprise when the umpires abandoned play for the day at 2:48pm (1348 GMT).

With a Test match lasting a maximum of five days, this fixture can be extended into a sixth day should match referee Chris Broad decide that it is the only way to make-up time lost in the game to bad weather.

This final fixture represents the culmination of a two-year programme of series to crown a champion team in men’s Test cricket, with India and New Zealand topping the qualifying table.

India named their team on Thursday (17), with the pace trio of Jasprit Bumrah, Ishant Sharma, Mohammed Shami as well as spinners Ravichandran Ashwin and Ravindra Jadeja all included in the same Test XI for the first time.

New Zealand captain Kane Williamson, recovered from an elbow injury that saw him miss the Blackcaps’ series-clinching win over England at Edgbaston last week, said he would delay announcing his side until the toss.

India too could yet change their side, as teams don’t have to be confirmed until the toss takes place.