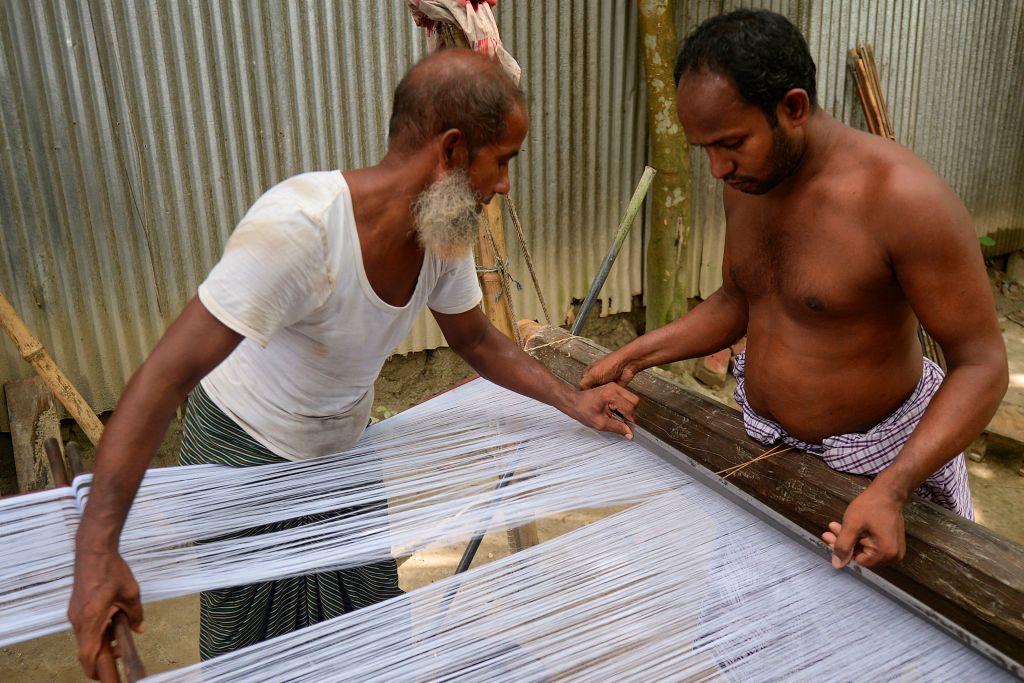 Weavers prepare threads to make fabric with a handloom in Ruhitpur on the outskirts of Dhaka. (Photo by MUNIR UZ ZAMAN/AFP via Getty Images)
Follow Us

by LAUREN CODLING SAFETY standards have improved at garment factories in Bangladesh and more than 300 of them are now “substantially” better five years after the Rana Plaza tragedy, the executive director of a worker’s safety group has revealed. James F Moriarty, executive director of the Alliance for Bangladesh Worker Safety (Alliance), made the announcement in Dhaka earlier this month. Several Western high street fashion retailers outsource their manufacturing to the south Asian country, where production costs are cheaper compared to those in European nations. The group of 29 major global retailers was formed after a series of tragedies in…