Women’s World Cup can inspire Asians to take up sports 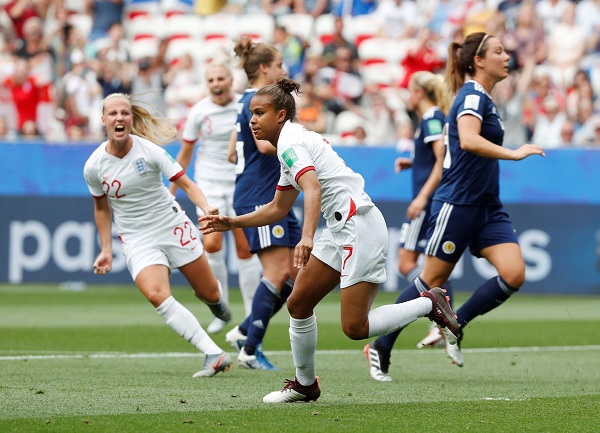 England score against Scotland in the World Cup.

THE Women’s World Cup can inspire more British Asian girls to play football and tackle underrepresentation in the sport, according to coaches and campaigners.

All of the games in the tournament are being shown on BBC TV for the first time, with radio commentary on TalkSport.

The England team, managed by former Manchester United defender Phil Neville, are one of the favourites to lift the trophy in France. Leading figures believe the event could be the “catalyst” for more south Asian girls in the UK to take up the game.

Manisha Tailor MBE, lead foundation phase at Queens Park Rangers’ academy in London, told Eastern Eye: “It is great to see the Women’s World Cup being supported by charities and governing bodies, which will undoubtedly encourage and motivate more girls to take part in the game. 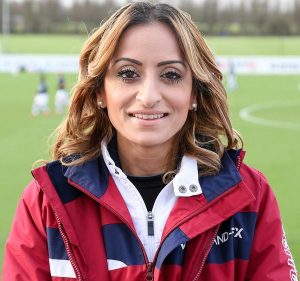 “In London alone, there are organisations such as Guru Nanak FC, Goals For Girls, the Jason Roberts Foundation, Football Beyond Borders and Indian Gymkhana to name but a few, that engage with girls from the south Asian community as a result of the demographic
in which the organisations sit.

“It is also important to acknowledge male allies within the game and how they can help to
create a cultural shift for Asian girls in football.”

There are currently no players of south Asian origin in the Women’s Super League, the highest league of women’s football in England which was launched in 2011.

Piara Powar is executive director of the Football Against Racism in Europe network, which held an event on ethnic minorities in women’s football during the tournament. The campaigner believes the World Cup “will bring a huge visibility to women’s football and act
as a focal point and showcase”.

He told Eastern Eye: “Despite making up roughly six per cent of the UK population, we know that British Asians in general are vastly underrepresented in football.

“When it comes to British Asian women and girls, the numbers playing are not as bad but need improvement.

Powar added: “Part of this is the lack of access and visibility of British Asian women in football and in sport in general. Discrimination is also a barrier.

“Through initiatives like Diversity House Le Foot and the ethnic minority women’s roundtable, we hope to explore the barriers to inclusion for ethnic minority women at all levels of the game, from the pitch to leadership positions, to help address this underrepresentation and bring about more equality for British Asian women and girls in sport.”

Prior to the tournament, organisers said at least 950,000 tickets had been sold.

Lyon’s 57,900-capacity stadium has sold out all its matches it is staging in the closing stages of the 24-nation competition.

FIFA has a record 206 broadcast rights holders, including the BBC, offering live coverage of
every match.

Obayed Hussain, co-founder of Saltley Women’s football club in Birmingham and founder of the UK’s first Ramadan Midnight Football League, said the tournament can follow in the footsteps of the men’s World Cup last summer which inspired players from all different
backgrounds.

He said: “It was a reminder of the astonishing power of teamwork and the spirit of togetherness was infectious.

“It prompted thousands to play football and inspired more underrepresented Asian groups to take up the sport than ever before.

“If the men’s World Cup is anything to go by, the Women’s World Cup will have a similar impact on women. I hope it does but that it also hammers home that football isn’t just for men.”

Yasmin Nessa, co-founder and captain of Saltley Women’s football club, added: “I genuinely
believe that the Women’s World Cup can be the catalyst we need in breaking down the long-held stereotype of football being an inherently male sport.

“Women’s involvement in the game has always been constrained by the male-centricity of
football, particularly within the UK.

“However, the success of women’s professional football in America shows that it is the combination of a lack of opportunities, awareness and support which has substantially hindered progress.

“This can definitely be changed, we just need to challenge the public perceptions.

“Furthermore, the diversity of this tournament will further encourage women from all faiths
and backgrounds to pursue their ambitions, irrespective of gender.”

In May, the Football Association (FA) launched the second phase of its Bringing Opportunities to Communities strategy to help increase the representation of Asians across English football.

The FA is also publishing an online guide of case studies and provide guidance on Asian inclusion for the game and will launch an Asian female guidance group.

Paul Elliott, chair of The FA’s Inclusion Advisory Board, said: “The FA is passionate about helping to create an inclusive and diverse game and we want to continue to encourage and support anyone who wants to enjoy football, regardless of their background.

“We recognise the pivotal role the FA can continue to play in helping to break down the barriers that may stop people from getting involved in football as Asian communities have historically been under-represented across all areas of the game.”