by Andy Marino REASONS TO INVEST INCLUDE LOWER PRICES AND CELEBRITY NEIGHBOURS WANT to live next door to your favour­ite Bollywood stars? Then it’s time to buy in Dubai. Prices have been sliding a little since 2014, as inflows of capital from countries such as Saudi and Russia have dwindled, but that means better affordability. For most of the year so far, buyers have been opting for properties they can occupy straight away instead of slapping down deposits after reading developers’ bro­chures. That’s probably because there’s quite a bit of quality brickwork on offer after a slow two or three years. In Dubai, renting makes sense – not just as a test-the-waters option, but also as an investor strategy. It’s been claimed that rental yields in the city can be eight-10 per cent, “especially in the apartment sector located around the Dubai Marina”. But caution is advised, especially when foreigners have to put down a minimum 25 per cent of the property value by law. Whether buying to live or buying to let, bear in mind the high maintenance and management fees in Dubai develop­ments, as well as the DEWA (Dubai elec­tricity and water) rates. But also know that Airbnb pads can also be a lucrative draw for visitors. On the whole, though, with property prices stable and expected to rise slowly, it’s worth considering an investment as the climb up from the dip commences. Abhishek and Aishwarya Rai Bach­chan reportedly own a place in Sanctu­ary Falls, developed by Shaikh Holdings, within the Jumeirah Golf Estates – plus a luxury bungalow in Emirates Hills. The properties in Sanctuary Falls have foot­prints between 5,000 and 10,000+ sq ft and five or more bedrooms. Better start saving now – you’ll be paying between £3 million and £7 million to join that club. Reports say Shah Rukh Khan has a villa he likes to call a holiday home in a posh area in Palm Jumeirah, the artificial is­land in the shape of a palm tree, where villas line the “fronds”. Khan’s place covers 8,500 sq ft and includes six bedrooms, two garages and even its own beach – and with £2 million to spare for a proper­ty like this, you can guarantee that. According to Forbes, Salman Khan is the top-earning Indian movie actor, worth over £25 million. Little wonder, then, that he too reportedly has bought property in Dubai, specifically an apartment in The Address Downtown, a 63-storey, 991 ft-tall hotel and residential tower in the Burj Dubai Development Area, in 2014. A two-bed there will set you back almost £1 million. His brother Sohail bought an apartment in another skyscraper, the Burj Pacific, in Business Bay, where the same footprint goes for a more modest £300,000-400,000. Rumour has it Salman added a villa to his portfolio last year. Actor and producer Anil Kapoor cred­its his wife Sunita as the business brains of the family, and has been quoted as saying it was her decision to splash out on a two-bedroom apartment in the Ritz by Danube housing development in Al Furjan, next to Discovery Gardens. With prices set to recover in 2018 ahead of Dubai’s 2020 Expo it was a shrewd buy: apartments in the Ritz towers go for as little as Dhs 1 million – not even £300,000 – although there’s no allocated parking. In 2010, Shilpa Shetty reportedly re­ceived an apartment in the 160-storey Burj Khalifa tower as a present from husband Raj Kundra on their wedding anniversary. A two-bed, three-bath there under 2,000 sq ft will set you back over £1 million. She has since sold it, and is looking for a big­ger place. She recently rented an Airbnb while on vacation– a growing sector for anyone thinking of investing in Dubai. 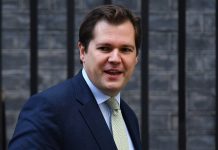 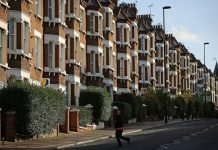