Curator explains the journey of south Asians who migrated to Britain 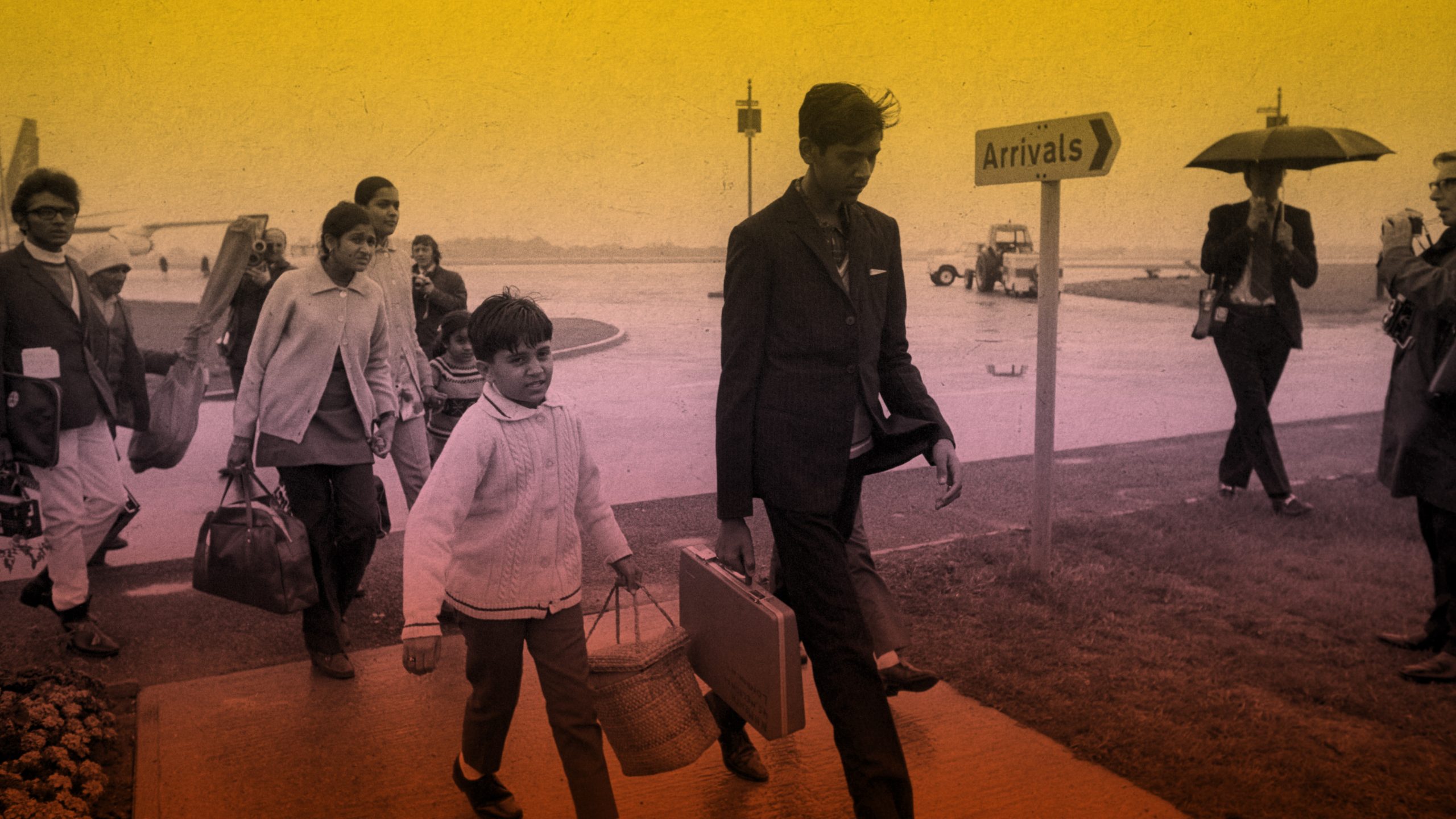 MEMORIES: South Asian migration to the UK; from the objects donated to the exhibition by Alnoor Mitha
Follow Us

ALNOOR MITHA had an idyllic childhood, spending his days climbing hills, swimming in lakes and listening to the sounds of lions roaring in his home
town of Ngora in Uganda.

Then, when he was nine, it was all snatched away in a heartbeat. He and his family were among the 50,000 Asians expelled from Uganda, in 1972, under the dictatorship of Idi Amin.

Mitha’s new exhibition, Where is Home? tells the story of those who migrated to the UK from Uganda and of other south Asians who came to Britain after Partition.

“I climbed these incredible hills. Lake Kyoga was not far from our house, so we could hear all the animals. We had mangoes dropping from trees and I would go with buckets to pick them up. In some ways, it was a Mowgli-like childhood.”

When the expulsion order came, not only were Mitha and his family forced to leave their homeland, they also ended up being separated – with some relatives settling in Somerset while others travelled to Naples, Italy.

“There was a passport issue with my dad, my eldest and younger sisters, so they had to go to Naples. Me and my older sisters and brothers came to the UK. We had another brother who had won a scholarship and was already in Manchester studying. But we couldn’t meet him straight away and had to stay at a camp in Somerset for about a month.”

Mitha described the camp as being like a dormitory, housing Ugandan immigrants. Eventually the family would reunite in the UK after the passport issues were sorted out.

He said his first memory of arriving in the country was “feeling my nose being really cold. “I hadn’t experienced anything like this before, coming from a hot country,” he explained.

The exhibition features a newly commissioned film that examines the experience of south Asian communities who settled in the UK, and how they have shaped the country.

There are contributions from notable artists and curators, including Mitha, his daughter Amani Mitha, Jai Chuhan, Jasmir Creed, Saima Rasheed and John Lyons, all of whom explore the themes of migration and belonging in their work.

Personal objects donated to the project feature in the exhibition, including a passport, saris, suitcases, a prayer mat and rosary beads. Each item was chosen to be something instantly recognisable to a south Asian visitor.

“The film is an artistic process, a kind of lived experience asking artists about their personal migration journey,” said Mithal, who donated the passport he carried with him from Uganda to the UK.

“Usually what happens with projects like this is that you have lots of historical data and information about what’s happened. But what I wanted to do was create a narrative that really responds to what contemporary artists are doing, and how they reflect on migration through their own backgrounds, their own stories, their own specific points of view.

“For example, John Lyons is a painter and a poet from Trinidad who lives in Cambridge. His dialogue is incredibly poignant. He came here and faced racism – he was challenged about where he came from, and it made him realise that he didn’t have a British passport. He had a colonial passport – I don’t know what that looked like. He then got naturalised and was given a blue passport.

“These stories are moments in time that were frozen. But now we get to see and hear the journey of these individuals.

“It connects with the people here in the UK, because let’s not forget what’s happening around the corner, with the Ukraine war and the refugee crisis. So it’s very much hits the senses, if you like.”

Local community groups are also contributors to the project, with first- and second-generation Asians discussing what ‘home’ means to them, in the context of post-imperial Britain.

Mitha said: “Where is home? For many Asian communities, this is a simple question with a complicated answer. I was born in Uganda, but have made my home here in the UK; my children were born here and have always lived here, but still face racism from those who do not see them as British.

“Through this exhibition we examine the idea of home, asking what it really means. We bring in the complex history of Britain and the south Asian diaspora, and hear the voices of artists and everyday south Asian people.”

For the 59-year-old, the UK is home. But part of Mitha still belongs in Uganda, as he revealed he left someone behind there all those years ago.

“Sadly, my mum passed away when I was young. She was buried in Uganda,” he said. “I went back home to Ngora five years ago. And I went the graveyard to trace my mum’s grave.

“Unfortunately, the gravestone was not there. But there were other gravestones and I offered prayers there.

“For me, that was a cleansing experience, going there to remember my mum, to kind of give my blessing. It was just a very beautiful experience.”

Where is Home? is at the Leicester Museum and Art Gallery, with further presentations at Wolverhampton Art Gallery in association with Black Country Touring, mac Birmingham, Whitworth Gallery (Manchester) and the Migration Museum (London). The Birmingham and Wolverhampton exhibitions are part of the Birmingham 2022 Festival.

Where is Home? also includes additional events, such as live performances from
Sampad Arts in Birmingham, a Q&A with author Neema Shah in Wolverhampton and a day of festivities in London.