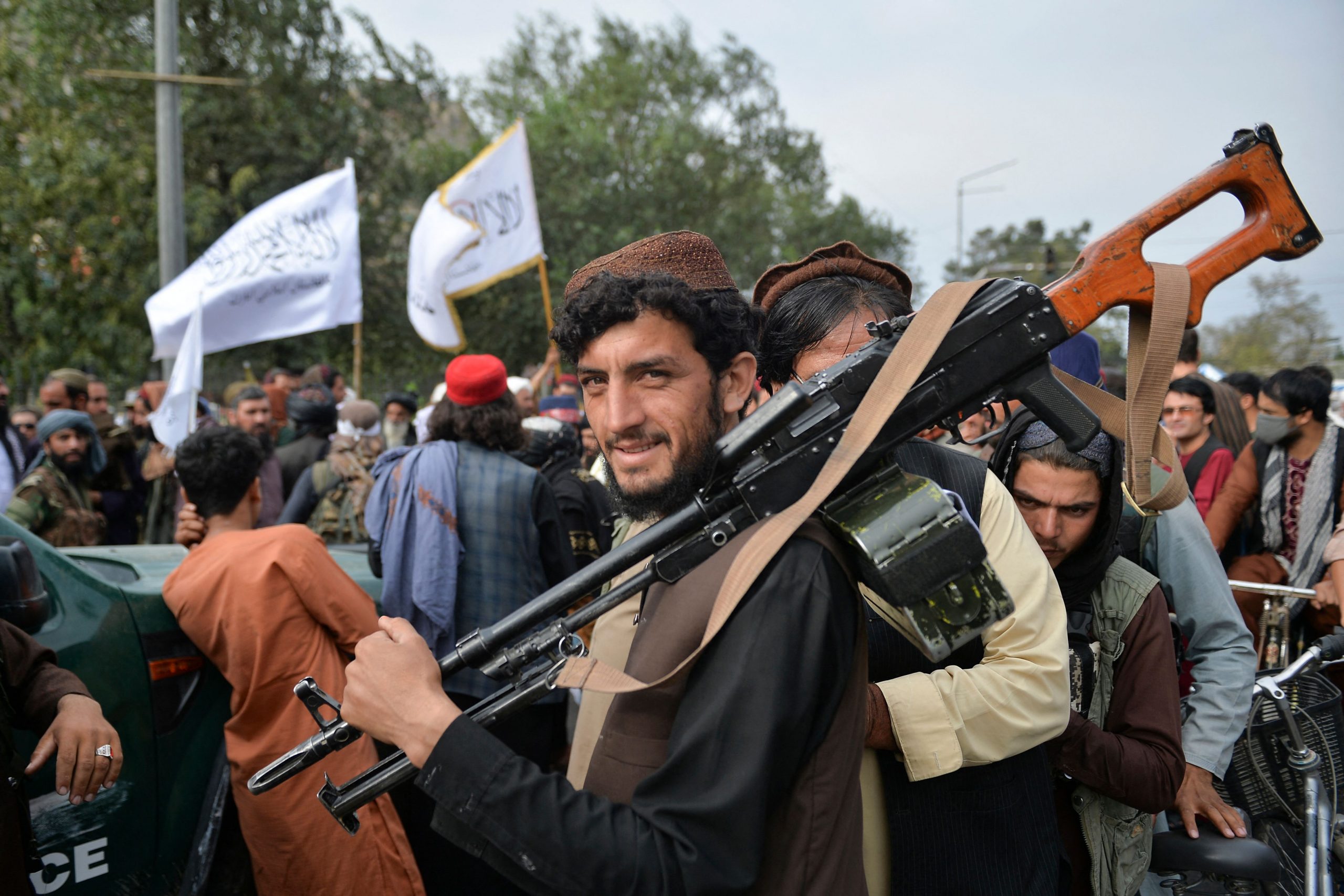 Taliban fighters gather along a street during a rally in Kabul on August 31, 2021 as they celebrate after the US pulled all its troops out of the country to end a brutal 20-year war (Photo by HOSHANG HASHIMI/AFP via Getty Images)
Follow Us

Afghans on Tuesday (31) woke to the start of another uncertain era after the last American forces left overnight, cementing victory for the Taliban after two decades of war.

Many are afraid that the group will once again impose their harsh interpretation of Islamic law, brutally punishing their opponents and locking away Afghan women as they did during their 1996-2001 regime.

And while many Afghans — especially in rural areas — are also relieved that the war has ended, the country still faces huge economic, political and security challenges.

How will the Taliban govern this time?

The Taliban have made several promises, but offered few policy details.

Their spokesman Zabihullah Mujahid has said they will be softer than before, offering general amnesty to their opponents, and allowing women to work in some sectors as well as get an education — albeit in segregated classes. They have also said the media can operate as usual.

They have expressed a desire to be a recognised member of the international community, and assured that Afghanistan will not be used by militant groups as a base to attack other nations — a promise at the core of the US troop withdrawal deal.

The Taliban have also said they are aiming to form an “inclusive” government, and talks to set it up are under way. So far, they have held talks with bitter former opponents such as ex-president Hamid Karzai and elders from the ethnic Tajik-dominated Panjshir valley.

They have sent representatives to the ethnic Hazara community, who are mainly Shiites. During their first stint in power, the group — hardline Sunnis — massacred Hazaras.

Are Afghans buying it?

Despite their efforts to reassure Afghans, the Taliban have been unable to get a buy-in from large sections of the fearful public so far.

Tens of thousands of Afghans risked terror threats and stampedes to try and escape Taliban rule on an evacuation flight. And many of those who remain are fearful of going outside — especially women.

“(The) Taliban will make every effort to deny women their fundamental human rights. The world should not look away… or be delusional about this,” tweeted Shaharzad Akbar of the Afghan Independent Human Rights Commission.

The group has announced a general amnesty, but there is still terror among those who could not leave — journalists, rights activists, and people who worked for the US-backed government and foreign militaries.

What about the international community?

The Taliban have developed working contacts with a number of regional countries such as Pakistan, Iran, Russia and China, but there has been no sign of international recognition yet.

The United States has led a number of Western nations in warning that the Taliban must earn legitimacy and respect human rights — especially those of women — and allow safe passage to Afghans who want to leave the country.

Major Western and international donors, including the International Monetary Fund, have suspended aid to the impoverished nation, and access to Afghanistan’s sovereign reserves held in the United States has been frozen.

The UN has warned of a humanitarian catastrophe, but restoring foreign aid flows — more than 40 percent of Afghan GDP in 2020 — remains dependent on the Taliban regime getting recognised.

What does that mean for the economy?

“Afghanistan’s economy is shaped by fragility and aid dependence,” the World Bank has said.

With foreign assistance largely suspended and little sign of any immediate economic boost, the Taliban face a serious challenge ensuring government salaries are paid, communications such as mobile services and the internet remain available, and infrastructure such as water and power supply remain operational.

Food supplies are also dwindling in the drought-hit country.

Analysts say that growing economic pressure could seed further discontent among Afghans, who saw greater opportunity and living standards — at least in some cities — over the last 20 years.

Is there a risk of civil war?

The Taliban are arguably in a stronger position than they were when the group first took over Afghanistan in 1996. Some of their biggest foes from the past have fled or been captured, including warlords Abdul Rashid Dostum and Ismail Khan.

Only one major pocket of armed resistance remains, in the Panjshir valley. But there have been indications there that a settlement is possible.

On the other side of the spectrum, the bitter rivalry between the Taliban and the Islamic State group also poses a threat. Both groups see themselves as the true standard-bearers of jihad, and IS’ local chapter has been highly critical of the Taliban’s deal with Washington that led to the withdrawal.

In addition, there are local militias across Afghanistan who may turn against the Taliban if the group fails to keep them in line through deals or force.