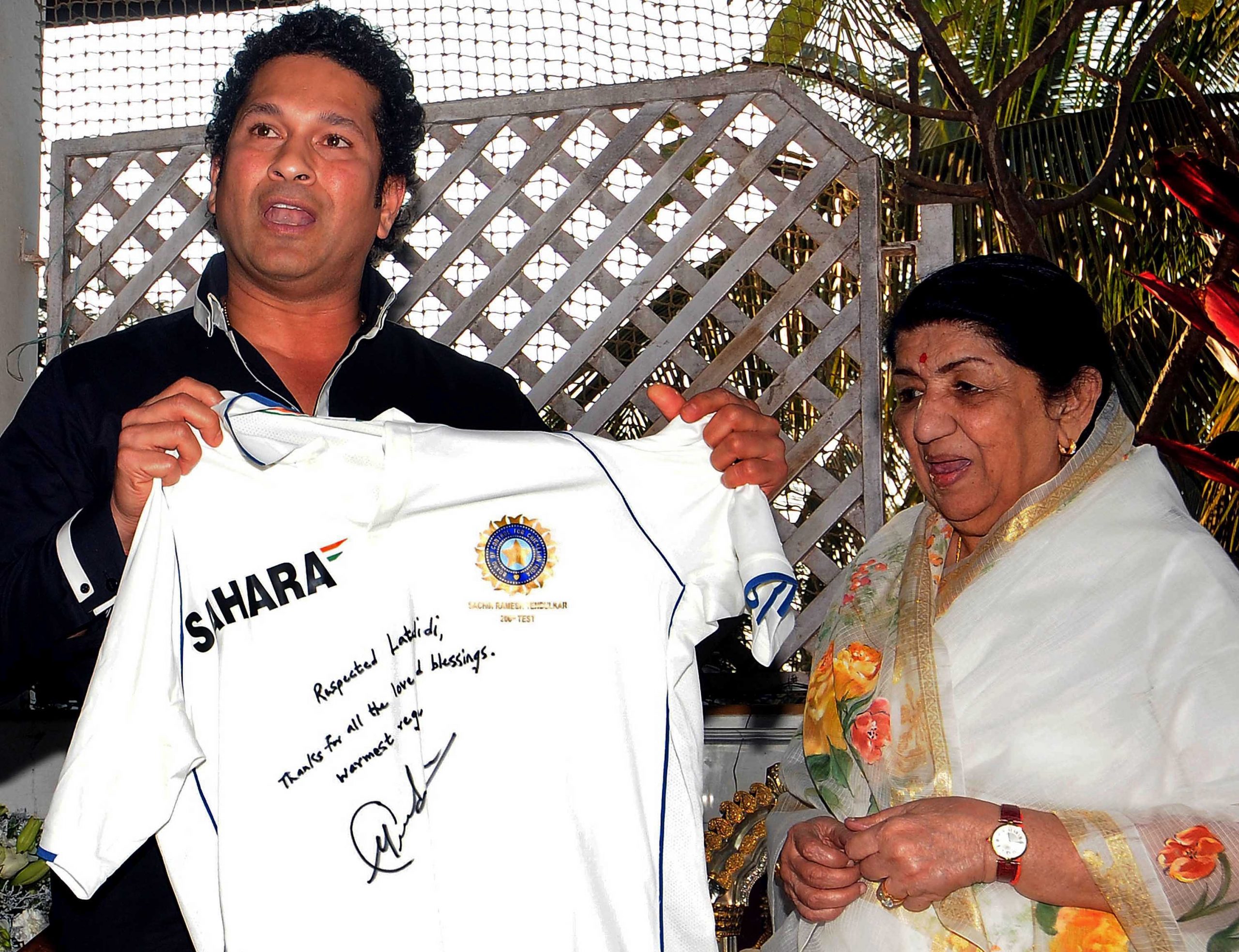 WHEN India’s cricket captain Kapil Dev lifted the World Cup on the Lord’s balcony in 1983, the erstwhile cricket board president and one of the powerful ministers in the Indira Gandhi cabinet, the late NKP Salve had a different worry.

Members of the team needed to be celebrated but the BCCI [Board of Control for Cricket in India], which today is looking at a $5 billion (£3.67bn) television contract, had barely paid its cricketers a daily allowance of £20.

Salve had to turn to his ‘Man Friday’ and Indian cricket’s ‘one stop encyclopedia’ Raj Singh Dungarpur in order to find a solution to be able to reward the players for such an achievement.

‘Raj bhai’, as Dungarpur was known in Indian cricket circle, decided that the only way was to request his close friend and one of country’s biggest cricket fans – Lata Mangeshkar – to do a pro-bono concert in Delhi’s Indira Gandhi Indoor Stadium.

It was packed to capacity as ‘Lataji’ did a near two hour programme.

The event ensured that BCCI collected enough money, and each of the 14 members of the history-making team got Rs. 100,000 each as a cash award.

“It was a very decent sum in those days. We would otherwise save up tour money and daily allowance for that month and it came to barely Rs. 60,000,” cricketer Sunil Valson recalled. “I remember some people said, ‘we will give you Rs. 5,000, some said Rs. 10,000’ and it was very disrespectful at times. But then Lataji sang in that concert. What a function it was and one of the most memorable evenings to watch her sing live.”

The BCCI and Dungarpur never forgot how the singer saved Indian cricket from embarrassment just because of her love for the ‘gentleman’s game’.

Since then, the BCCI kept two complimentary VIP tickets allocated at any Indian stadium for her, where India played an international match. “Just like we have quota for each match (before the Covid era) for sponsors, state associations, there were two tickets at every cricket match for Lataji,” said a senior BCCI official.

India’s cricketers wore a black armband and also observed two minutes silence before the first ODI against the West Indies in Ahmedabad as a mark of respect for the singer on Monday (7).

The Mangeshkar family were cricket fans, but one of the finest chroniclers of Mumbai cricket, senior journalist Makarand Waingankar recalled the days in the 1960s when Mangeshkar was a regular visitor at the CCI (Cricket Club of India) stadium, and later at the Wankhede stadium in the 70s and 80s.

“Lataji and her brother, music composer Hridaynath Mangeshkar, were regulars at Test matches at Brabourne Stadium. Later through the 1970s, she would hardly miss a game even with such a busy recording schedule,” Waingankar, who was a young journalist then, recalled.

Mangeshkar would sit alongside Dungarpur and former Mumbai legend and Test opener Madhav Apte and watch the proceedings. There is footage of her watching India play the West Indies in a 1970s Test match in Chennai, where she must have gone for a recording, he added.

She was very close to Mumbai cricketers including Sunil Gavaskar, Dilip Vengsarkar and Sachin Tendulkar, who paid his respects at her funeral last Sunday (6).

She would often drop in at the CCI and enjoyed talking about cricket in the company of Dungarpur and Test cricketer Hanumant Singh, who was his nephew.

Tendulkar would often say that he saw “Maa Saraswati” in Mangeshkar. It is perhaps poignant then that the ‘Nightingale of India’ died a day after Saraswati Puja
was observed in India.

The nightingale who soared high

‘Lataji’s voice and soul are timeless’

Lata will live for ever

Bollywood pays tributes to the Legend

Lata Mangeshkar Music College to be built in Mumbai