Vijay Deverakonda sets the internet on fire with his semi nude poster from Liger; netizens trend the hashtag ‘sexiest poster ever’

For Liger, the actor has teamed up with Bollywood actors Ananya Pandey, Ronit Roy, and boxing legend Mike Tyson. 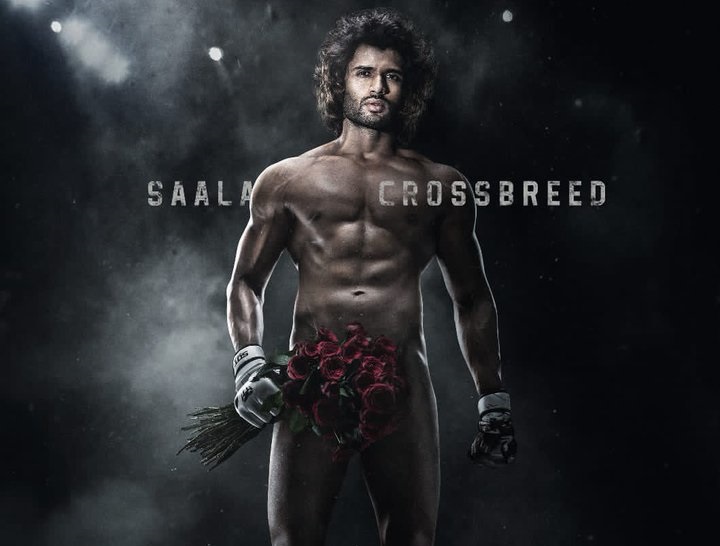 Starring southern heartthrob Vijay Deverakonda in a lead role opposite Ananya Panday, Liger is one of the most awaited films of 2022. The film has been creating a lot of noise ever since it went on the floors.

On Saturday, Deverakonda dropped yet another poster from the much-anticipated pan-India film. He took to his social media and shared the poster which sees him all nude, holding a bunch of roses to hide the middle portion of his body.

“A film that took my everything. As a performance, mentally, physically my most challenging role. I give you everything! Coming soon #LIGER,” he wrote in the caption.

As soon as Deverakonda shared the poster on social media, it went viral across all social platforms in absolutely no time. Netizens seemed really impressed with the poster and started trending the hashtag #SexiestPosterEver on Twitter.

I literally loved the way he has showed the poster just loving it you all need to watch it guys!#SexiestPosterEver pic.twitter.com/lo5OVLswmV

The upcoming sports drama is directed by Puri Jagannath. The film features Deverakonda as an underdog from Mumbai who competes in an MMA championship. The 33-year-old actor is best known for his work in coming-of-age and romantic Telugu dramas like Life Is Beautiful, Arjun Reddy, and Dear Comrade.

For Liger, he has teamed up with Bollywood actors Ananya Pandey, Ronit Roy, and boxing legend Mike Tyson.

The upcoming film is produced by Jagannadh, Charmme Kaur, Karan Johar, and Apoorva Mehta. It will be released theatrically on August 25 in five languages, Hindi, Telugu, Tamil, Kannada, and Malayalam.