“This is massive for women’s cricket,” BCCI secretary Jay Shah said on Twitter, adding that the bidding amount would have a per-match-value of 70.9 million Indian rupees ($870,393). 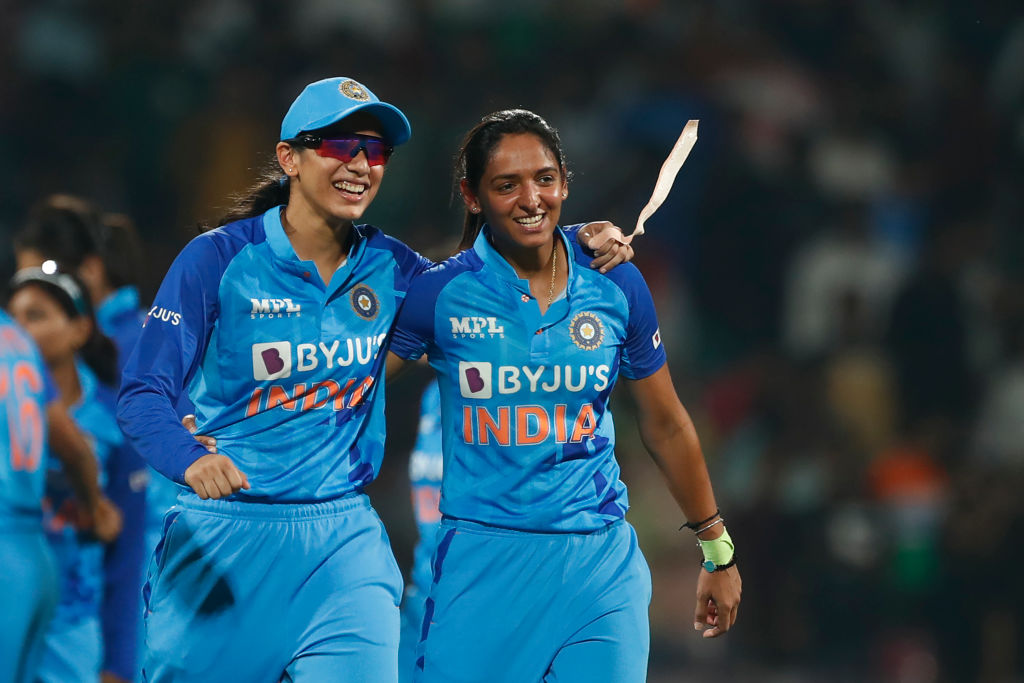 Smriti Mandhana and Harmanpreet Kaur (C) of India celebrate the victory during the T20 International series between India and Australia at Dr DY Patil Cricket Stadium on December 11, 2022 in Mumbai, India. (Photo by Pankaj Nangia/Getty Images)
Follow Us

Viacom 18 will pay 9.51 billion Indian rupees ($117 million) for the media rights of the women’s Indian Premier League (IPL) for the next five years, the country’s cricket board (BCCI) announced on Monday.

Viacom 18 outbid Disney Star, Sony and Zee among other broadcasters in a closed-bid auction in Mumbai, ESPNcricinfo reported, with the inaugural women’s IPL – a Twenty20 tournament – set to be played in March.

Congratulations @viacom18 for winning the Women’s @IPL media rights. Thank you for your faith in @BCCI and @BCCIWomen. Viacom has committed INR 951 crores which means per match value of INR 7.09 crores for next 5 years (2023-27). This is massive for Women’s Cricket 🙏🇮🇳

“This is massive for women’s cricket,” BCCI secretary Jay Shah said on Twitter, adding that the bidding amount would have a per-match-value of 70.9 million Indian rupees ($870,393).

A three-team Women’s T20 Challenge had been staged alongside the men’s IPL since 2018, but the BCCI had been urged to set up an expanded tournament for women with more teams and players.

“It’s a big and decisive step for the empowerment of women’s cricket in India, which will ensure participation of women from all ages.”

In August last year, Disney Star won the rights to broadcast men’s and women’s International Cricket Council (ICC) events through to the end of 2027 in a deal reported to be worth $3 billion.