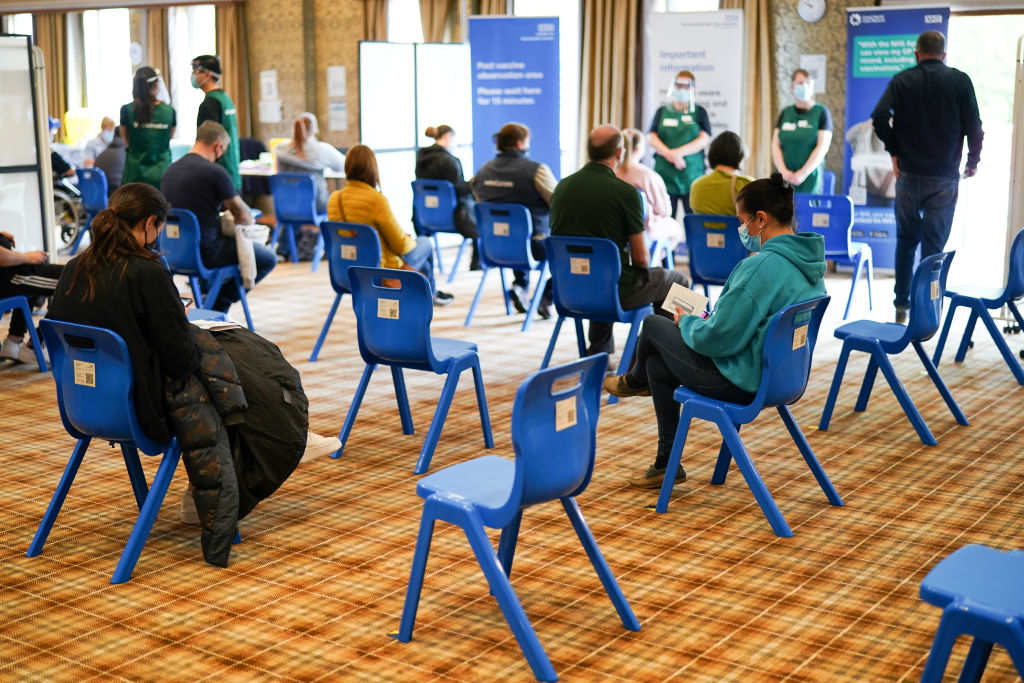 Patients wait in a post vaccination observation area after they receive thePfizer-BioNTech COVID-19 vaccine at the Hexham Mart Vaccination Centre on May 13, 2021 in Hexham, England. (Photo by Ian Forsyth/Getty Images)

AN analysis by government agency Public Health England (PHE) on Friday (14) revealed that the rollout of Covid-19 vaccines in England has prevented nearly 12,000 deaths and more than 30,000 hospitalisations in older people.

Britain has given two-thirds of its adult population at least one shot of Covid-19 vaccine, helping prime minister Boris Johnson in his efforts to reopen the economy by the summer.

Up until the end of April, the Covid-19 vaccination programme prevented 11,700 deaths in people aged 60 or over in England, PHE said. An estimated 33,000 hospitalisations of people aged 65 and above had been avoided in the same period.

The PHE figures did not cover Scotland, Wales or Northern Ireland, whose devolved governments make their own policy on combatting the pandemic.

PHE also said the estimate accounted only for the direct effects of vaccines, and “clear and increasing” evidence that vaccines help reduce transmission meant the numbers of deaths and hospitalisations prevented by vaccines was likely higher.

“The vaccine has already saved so many lives and we can now see the huge impact it has had on preventing people becoming seriously ill and therefore also protecting our hospitals,” said Mary Ramsay, head of immunisation at PHE.

There have been 127,640 deaths in Britain from Covid-19 – the sixth highest death toll globally, according to a Reuters analysis.