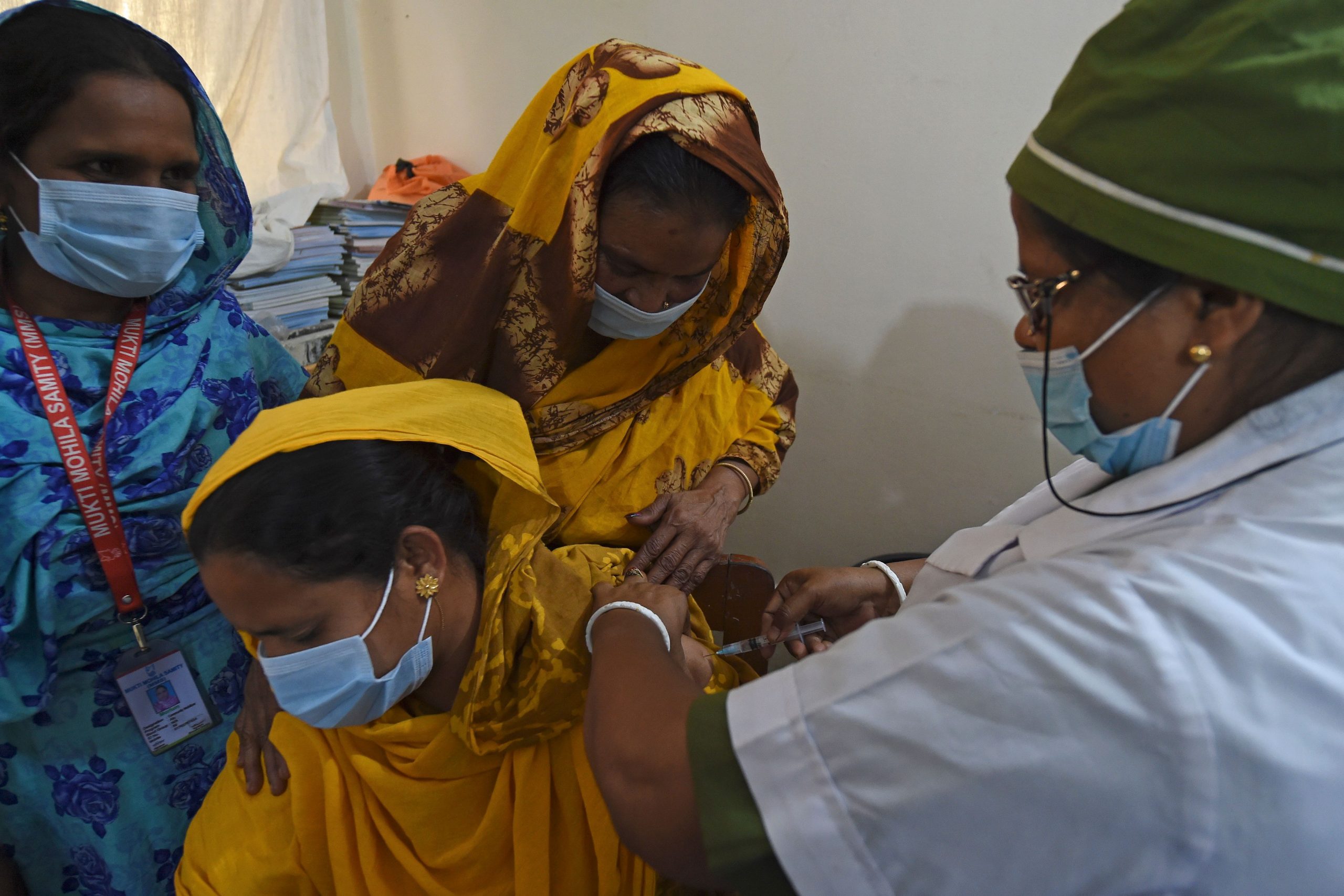 THE CURRENT stock of the Covid-19 vaccines in Bangladesh will be able to support the second dose of vaccination for only one more week.

The declaration came from Prof Nazmul Islam, spokesperson for the Covid 19 management of Directorate General of Health Services (DGHS), in a press conference on Sunday (16).

“With the stock, we have at our hand right now, the vaccination program could be continued for a week maximum,” Prof Islam said adding that people have to take the same vaccine for both doses.

He added that with the current quantity, DGHS will not be able to give the second dose to all the people who have already taken the first dose.

The interim period between two doses of the vaccine has already been increased to 16 weeks from the usual 8 weeks so that the government gets time to acquire the required doses.  The government is trying their best to get the Oxford- AstraZeneca vaccine from other sources so that the first jab takers could get the second jab on time, said DGHS.

“We are expecting a positive update over the contract for the purchase or production [of Sinopharm vaccine] at the end of this month or early next month,” he added.