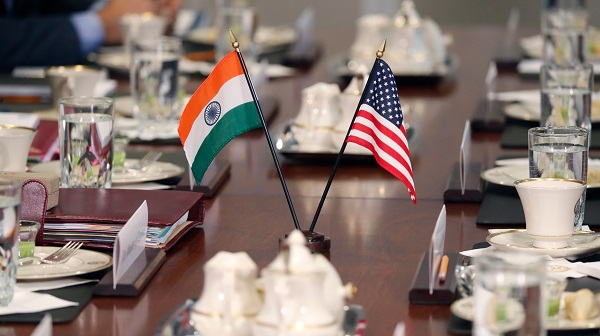 THE US navy did something strange last Wednesday (7).

It sailed through a section of the Arabian Sea near the Lak­shadweep Islands without prior notice to challenge India’s asser­tion that the waters were part of its exclusive economic zone.

Afterwards, the US made a point of humiliating India with a state­ment: “On April 7, 2021 (local time) USS John Paul Jones assert­ed navigational rights and free­doms approximately 130 nautical miles west of the Lakshadweep Islands, inside India’s exclusive economic zone, without request­ing India’s prior consent, consist­ent with international law.”

Leaving aside the merits of In­dia’s territorial claims, this was outrageous behaviour for the Ameri­cans, who have been building up a strategic partnership with India in the field of defence.

This will make not just prime minister Narendra Modi’s govern­ment, but also ordinary Indians wonder whether the US can ever be a trusted friend. When it comes to claiming the right of free pas­sage through international wa­ters, America’s adversary is not India but China.

Last week’s incident brought back memories of 1971 for Indi­ans old enough to remember the Bangladesh war. After the West Pakistani army cracked down on East Pakistan and conducted a campaign of genocide, US presi­dent Richard Nixon backed the aggressors, not the victims.

In a show of support for Paki­stan’s military ruler, General Yahya Khan, Nixon sent the US 7th Fleet into the Bay of Bengal in an effort to intimidate India’s prime minis­ter Indira Gandhi. But she proved to be of sterner stuff.

Lakshadweep is a group of is­lands in the Arabia Sea, 120-270 miles off the south-western coast of India. The name means one “lakh” or 100,000 islands. They are administered from Delhi as a union territory of India. The pop­ulation of the 10 islands that are inhibited is about 66,000. India claims territorial waters of 7,700 sq miles and an exclusive eco­nomic zone of 150,000 sq miles.

The US naval exercise was con­ducted by the guided-missile de­stroyer USS John Paul Jones.

“This freedom of navigation operation upheld the rights, free­doms, and lawful uses of the sea recognised in international law by challenging India’s excessive mar­itime claims,” the US navy said.

The action was justified by the Pentagon spokesman John Kirby: “I can tell you that the USS John Paul Jones asserted navigational rights and freedoms in the vicinity of the Republic of the Maldives by conducting innocent passage through its territorial sea in nor­mal operations within its exclu­sive economic zone without re­questing prior permission.

“Again, we continue to maintain the right, indeed the responsibili­ty, to fly, sail, and operate in ac­cordance with international law.”

In Delhi, a US embassy official said: “This operation demonstrates longstanding US support for in­ternational law and freedom of the seas worldwide. We value our partnership with India on a wide range of issues, including regional security across the Indo-Pacific.”

The US action brought a pro­test from India’s Ministry of Exter­nal Affairs: “The government of India’s stated position on the United Nations Convention on the Law of the Sea is that the con­vention does not authorise other states to carry out in the exclusive economic zone and on the conti­nental shelf, military exercises or manoeuvres, in particular those involving the use of weapons or explosives, without the consent of the coastal state.”

The US actions have given am­munition to those in India – and elsewhere – who say the Americans cannot be trusted.