“Unless you enjoy the daily hustle and bustle, there is no point in being in showbiz,” says Hello Mini actor Vikrant Koul 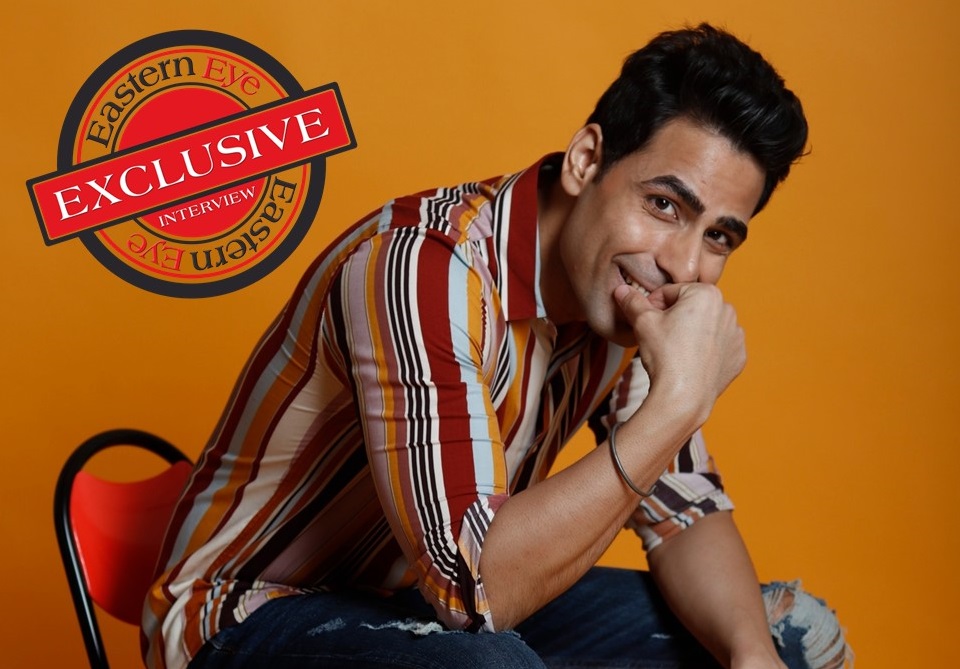 Ever since making his acting debut with the Rani Mukerji-starrer Mardaani (2014), actor Vikrant Koul has been part of several notable Hindi films, including Gold (2018) and Darbar (2020). He can be currently seen playing a pivotal part in MX Player’s hit streaming show Hello Mini season 3.

In a candid conversation with Eastern Eye, Koul opens up about his character in the series, his journey in showbiz, how he picks up his roles and the filmmaker that he wants to work with. The actor also spills the beans on his upcoming streaming show Fallen, produced by Excel Entertainment and Tiger Baby Films, and co-starring Sonakshi Sinha. Excerpts…

Tell us about your character in Hello Mini 3?

I play one of the primary roles of Argho Chowdhary in the series and have an interesting track with the female lead, Anuja Joshi. Argho has shades of black and white throughout the season, so as an audience, it will be hard to gauge which side of him you want to trust, because the character arc is so well defined, keeping the suspense element intact. It was challenging to prepare for the part and a lot of fun too.

How did you prepare for your character?

Preparation included reading the script for the entire season 2 first and, of course, season 3, because there is a long backstory that I needed to know in a bid to understand the intention of the character at various plot points in the show. It helped me tap into the correct truthful emotions at the time of filming even getting the body language right. It was a lot of fun, yet very enriching.

It has been a couple of years since you have been working in the industry. How do you look at your journey?

Well, it has been a few years here but the journey is still on and it will always be on till the time you give your last shot or your last exit on the stage. My journey has been filled with its share of ups and downs, but I have thoroughly enjoyed every bit of it. For me, the journey from here has just begun and it will only get exciting and more adventurous. That’s all I know for sure!

I have been actively working in the film industry since 2014. Before that, I was freelancing in Delhi after I quit my job in the Market Research industry in Gurgaon in December 2013. I do not know about being here for a long time. I would say that my time is yet to come, in a very commercial sense. Working with Akshay Kumar sir in Gold was definitely a memorable experience. There was so much to learn from him just being around on sets. I am happy with the projects I have done so far. My biggest takeaway so far has been that no two days are the same here. It is up to you to work it in your favour or get bogged down by it. Unless you enjoy the daily hustle and bustle, there is no point in being in showbiz.

What do you look for when you select a script?

First and the most important is what your gut feeling tells you when you read it for the first time. However, your opinion may change after multiple readings. This usually happens for good, as the story and the characters kind of grow on you as you delve more into the script.

Other things that are important are the impact that particular role has on the story, whether it has a certain amount of socio-political message, whether I feel challenged and scared enough to play that character, because if I do, then I am all in! And of course, you do want an overall likeability in the script. Entertainment can still go in tandem with a strong message.

Who is your dream director that you want to work with?

Many on the list. To name one, Zoya Akhtar.

What are the upcoming projects you are working on?

I just finished working on this Amazon Prime Video’s original series; it is called Fallen. It is with Excel Entertainment and Tiger Baby, and I am working again with Reema Kagti after Gold. And since it is an eight-episode season, it is being directed by two different directors, Reema and Ruchika Oberoi. Next up is an anthology with ALTBalaji and I hope to start sometime next month.

I am a voiceover and a dubbing artist as well, for commercials and documentaries, something that I enjoy doing. I have taken up writing as well in the past year and I am developing a couple of podcasts with Saregama.