Ukraine’s Zelenskyy urges Britain to ‘do more to help’ 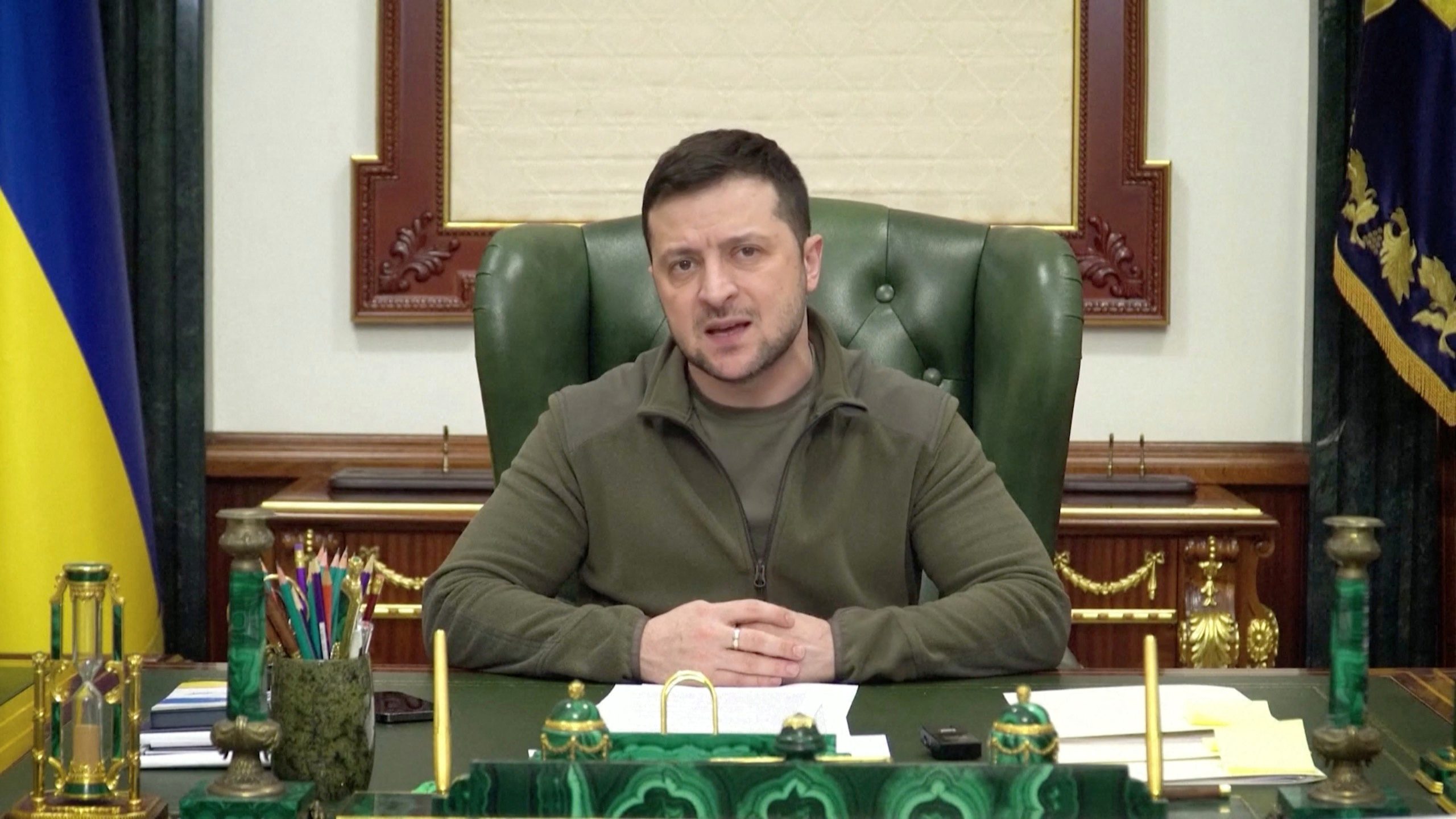 UKRAINIAN president Volodymyr Zelenskyy appealed to Britain on Tuesday (8) to do more to help his country battle Russia and punish what he called a “terrorist state”, striking a defiant tone that Ukraine would fight on, no matter what the cost.

Addressing Britain’s parliament and greeted by a standing ovation in a packed chamber of lawmakers, Zelenskyy documented the Russian invasion day by day, listing the weapons used, the civilians killed and the lack of food and water for many.

Dressed in an olive green T-shirt, he thanked prime minister Boris Johnson, who has sought to take a leading role in backing Ukraine against Russia, for the help already offered, but said Britain and other Western countries had to go further.

He called for more international sanctions on top of those already imposed on Moscow, a no-fly zone in Ukraine and for the West to recognise Russia as a “terrorist state”.

“The question for us now is to be or not to be…I can give you a definitive answer: it’s definitely to be,” Zelenskyy told the lawmakers via videolink through a translator, quoting from William Shakespeare’s play Hamlet.

“We will not give up and we will not lose. We will fight to the end on the sea, in the air, we will continue fighting for our land, whatever the cost. We will fight in the forests, in the fields, on the shores, in the streets,” he said – remarks recalling Britain’s World War Two Prime Minister Winston Churchill.

Johnson, who has sought a central role in the international response to Russia’s invasion, said Britain would “press on” with supplying Ukraine with weapons and to “tighten the economic vise” around Russian President Vladimir Putin.

He said Britain would stop importing Russian oil, a move that his business minister said would be implemented gradually by the end of the year to minimise supply disruptions.

“We will employ every method that we can: diplomatic, humanitarian and economic…until Vladimir Putin has failed in this disastrous venture, and Ukraine is free once more,” Johnson said to cheers from lawmakers.

Zelenskyy has addressed his people and the world from Kyiv regularly since Russia invaded his country 12 days ago, in what Putin calls a “special military operation” to rid the country of leaders he characterises as neo-Nazis. The West has rejected that position as baseless propaganda to justify an invasion.

The Ukrainian leader has kept up his appeals for the West to do more to help a country he says is not only fighting for its survival but also to save democracy across the whole of Europe.

To UK lawmakers, he described the war as one Ukraine did not start or want, but one the country had to pursue. “We don’t want to lose what is ours, our country Ukraine.”