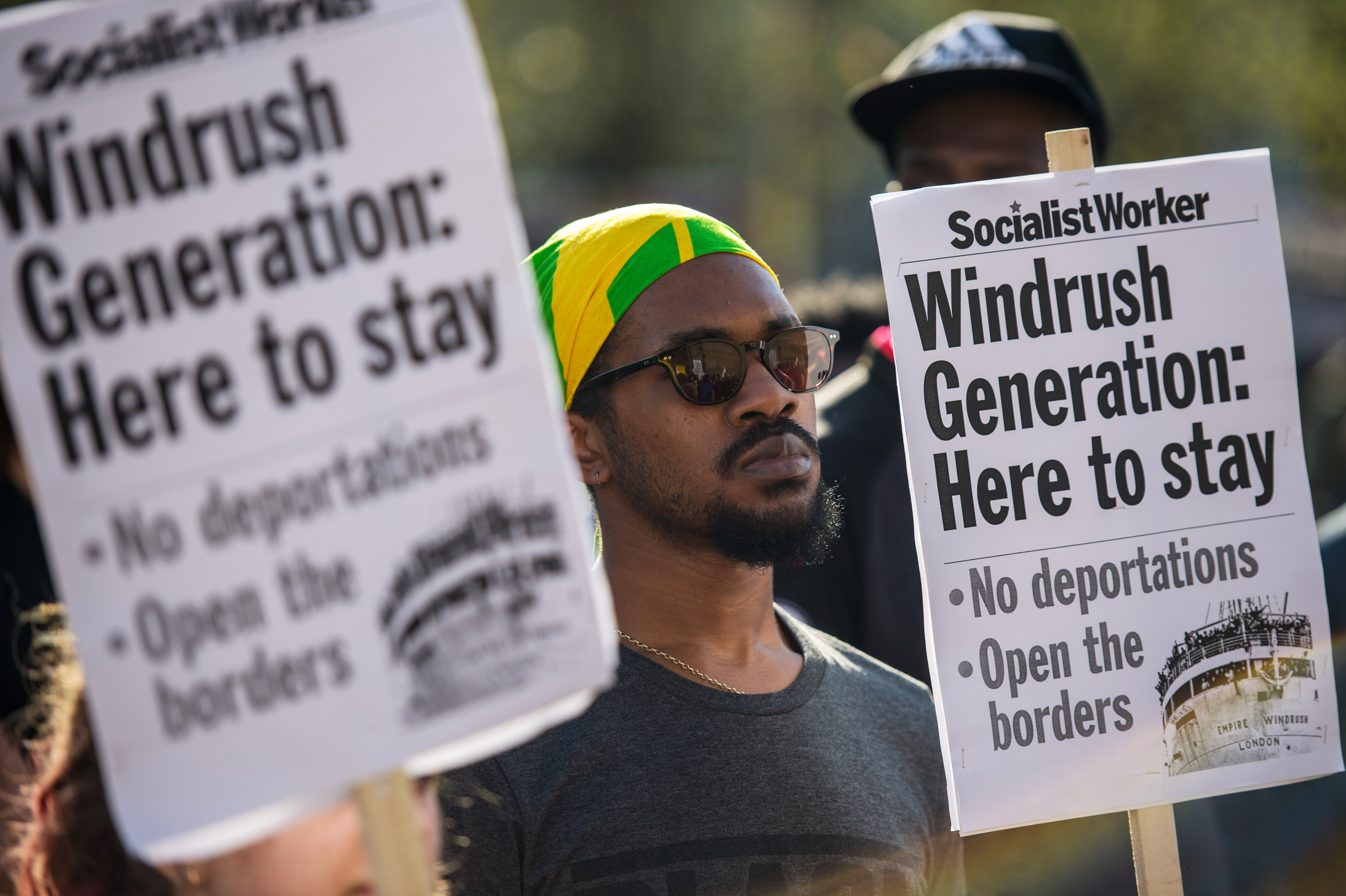 FILE PHOTO: Demonstrators hold placards during a protest in support of the Windrush generation in Windrush Square, Brixton on April 20, 2018 in London, England. (Photo by Chris J Ratcliffe/Getty Images)

The government insisted it was serious about processing claims for restitution from members of the “Windrush” generation.

But the cross-party Home Affairs Committee in the House of Commons said 23 of them had died without receiving a penny.

Home secretary Priti Patel’s ministry should be stripped of involvement in handling the claims, the committee said in a report, arguing that the failures identified amounted to a “damning indictment of the Home Office”.

In 2017, it was revealed that thousands of Britons of Caribbean origin, who arrived legally between 1948 and the early 1970s, had been wrongly detained or deported under the ruling Conservative government’s hardline immigration policies.

The community is named after the MV Empire Windrush, one of the ships that brought workers from Jamaica, Trinidad and Tobago, and other Caribbean islands to help fill UK labour shortages after World War II.

Ministers have since apologised for the treatment victims faced, and launched the compensation scheme.

But the Home Affairs Committee found that by the end of September, only one-fifth of the estimated 15,000 eligible claimants had applied, and less than six per cent had received any payment.

The committee’s Labour chairwoman Yvette Cooper said: “It has been four years since the Windrush scandal emerged and it is truly shocking how few people have received any compensation for the hardship they endured at the hands of the Home Office.

“It is particularly distressing that 23 individuals have died without receiving any compensation,” she said. “Urgent action is needed to get compensation to those who have been so badly wronged.”

The MPs said claimants faced a “daunting” application process and “unreasonable requests for evidence”, and were “left in limbo in the midst of inordinate delays”, leading to some individuals passing away before their claims could be processed.

Patel’s ministry said it had already reformed the scheme in December 2020, to simplify the application process and hire more case-workers, and that moving it to another body “would risk significantly delaying vital payments to those affected”.

Justice secretary Dominic Raab stressed: “We really want justice for all of those concerned and affected.

“We’re absolutely committed to making sure there’s justice and of course, there’s no limits on the amount of compensation or any time limits. So we will get this right,” he told Times Radio.